Does the Old Testament Endorse Slavery? 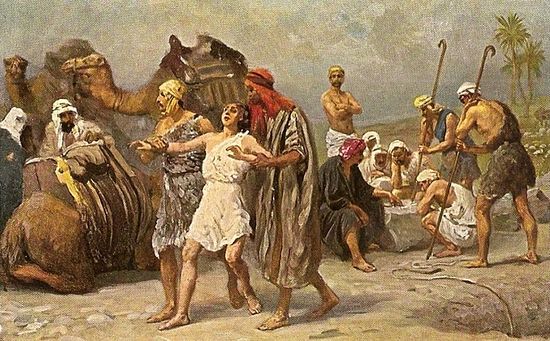 I have previously addressed the issue of why slavery existed during the period of time that the Scriptures were written, and you can read that article for more on the subject generally:

"Stump the Priest: What about Slavery in the Bible?"

But to address this specific question, let's consider the question of whether the fact that there are laws regarding divorce in Old Testament constitute an endorsement of divorce. We are told in no uncertain terms that God hates divorce (Malachi 2:16). Christ was asked by the Pharisees about the issue of Divorce in Matthew 19:1-9, and He stated that divorce should not happen: "What God has put together, let not man put asunder". But when asked why the law of Moses allowed for divorce, Christ answered "Moses, because of the hardness of your hearts, permitted you to divorce your wives, but from the beginning it was not so. And I say to you, whoever divorces his wife, except for sexual immorality, and marries another, commits adultery; and whoever marries her who is divorced commits adultery." Divorce is the result of sin, and the Law regulated it in order to place some limitations on it, but this does not mean that divorce is something that God is in favor of.

It is difficult for us to imagine what life was like during the Old Testament period, but if we want to understand it, we have to make the effort to try. They did not have the United Nations, a prison system, or a much in the way of a welfare system, though there was some provisions made for the poor. However, in those days simply having enough food to eat was a challenge, and for many people, selling themselves into slavery was a preferable option to starvation. The laws we find in the Old Testament provided rights to slaves, and placed limitations on their masters. This was in stark contrast to the pagan world, which generally afforded no rights to slaves at all.

So no, the fact that there were laws to regulate something does not at all suggest that God endorsed it as a good thing. Who are the nephilim?
Fr. Jonathan Tobias

Who are the nephilim?
Fr. Jonathan Tobias
Thus we hear of the appearance of the “Nephilim” in that mysterious, ancient age before the Flood. Most of the time, that word “Nephilim” is translated as the English word “giants.” But “giant” does not come close to the full meaning of the term. “Nephil” carries the meaning of “superiority,” “great and powerful,” and also “violent.” All You Need to Remember are These Two Things
Fr. Stavros Akrotirianakis

All You Need to Remember are These Two Things
Fr. Stavros Akrotirianakis
Christianity is not a contest to memorize laws. Rather it is supposed to be a life centered around loving God and loving others. For we don’t worship rules. We worship the Lord. And we do that by loving Him and one another.