The holiness and purity of the Ever Virgin Mary 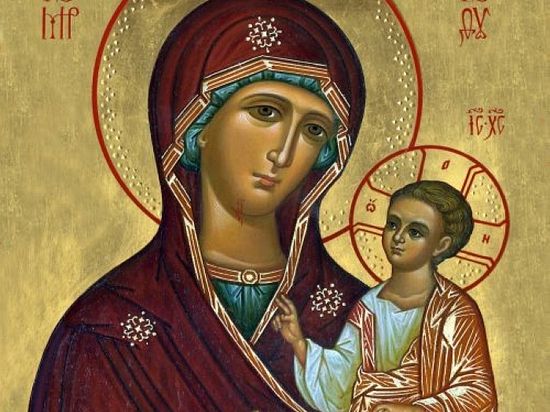 The Orthodox Church teaches, as did the early Church, that the Holy Virgin Mary was sinless, not because she was born without sin, as in the Roman Catholic doctrine of the Immaculate Conception, but because Mary chose not to sin. While we acknowledge Protestants have always under-valued Mary because of their zeal in separating themselves from all things Roman, we Orthodox have maintained the ancient teachings concerning her sinless state.

It is good to keep in mind that what is clear to some, may not be clear to others. The Bible ALWAYS has to be interpreted according to the Mind and Memory of the Church. Although Saint Paul told us that “all have sinned and fallen short of the glory of God (Romans 3:23)”, the word “all” throughout the Bible often means “some”. It is a general rule that everyone has sinned, but sometimes “all” means almost everyone, and sometimes “many” means everyone, like the words “shed for you and for many for the remission of sins (Matthew 26:28).” In the latter case, “many” means “for all”. Like all rules of grammar, there are exceptions.

Everyone born of father and mother is born suffering the effects of the ancestral sin brought about by the disobedience of our first parents. These include pain, sickness, an inclination toward evil rather than good, and of course, death. No one is born guilty of any actual, personal sins. We are born sinless in this sense, but still suffering the effects of the sin of Adam. However, “all have sinned” cannot include our Lord Jesus Christ. It apparently didn’t include Enoch either, whom the Bible says was righteous and was therefore assumed up into heaven.

Ultimately, it is always the Mind of the Church that we must reference for all teachings, including that which is taught and believed regarding the Holy Virgin. The Western teaching that the Holy Virgin was born without sin was not accepted by any Christians until the Papal church adopted this doctrine in the ninth century.

From an Orthodox view, this teaching completely negates the Virgin Mary’s virtue, for how could she have represented all of humanity, as the new Eve, had she not been born like the rest of us? It was her purity and virtue that made her the candidate to become the Theotokos (God Bearer). She was chosen to became the living tabernacle of the Logos because of her holiness and her purity. She freely chose to be obedient to the Will of God, whereas the first Eve had chosen disobedience. The Life of Mary is Set Before Virgins as an Example
St. Ambrose of Milan
Why should I detail her spareness of food, her abundance of services—the one abounding beyond nature, the other almost insufficient for nature? And there were no seasons of slackness, but days of fasting, one upon the other. And if ever the desire for refreshment came, her food was generally what came to hand, taken to keep off death, not to minister to comfort. Necessity before inclination caused her to sleep, and yet when her body was sleeping her soul was awake, and often in sleep either went again through what had been read, or went on with what had been interrupted by sleep, or carried out what had been designed, or foresaw what was to be carried out. From: The Orthodox Veneration of Mary the Birthgiver of God
St. John of Shanghai

From: The Orthodox Veneration of Mary the Birthgiver of God
St. John of Shanghai
The Apostles gave Her most pure body over to burial with sacred hymns, and on the third day they opened the tomb so as once more to venerate the remains of the Mother of God together with the Apostle Thomas, who had arrived then in Jerusalem. But they did not find the body in the tomb and in perplexity they returned to their own place; and then, during their meal, the Mother of God Herself appeared to them in the air, shining with heavenly light, and informed them that Her Son had glorified Her body also, and She, resurrected, stood before His Throne. At the same time She promised to be with them always.
Comments

Mady4/21/2016 5:19 pm
Choosing to obey the many laws of God does by no means make one sinless however, for the wages of sin is death and Mary did indeed die.

She may have been a good Jew, a wonderful person, a righteous woman but the gospel does not account for her entire life. It does not describe every thought that has crossed her heart.

The thing I have never understood is how the bible is an account of all the sinners ever used by God, hardened hearts and willing saints. Through those that are impure, God's holiness emerges. No matter how little or how large their flaw, God used them to point to Jesus. And yet Mary is considered without sin?

Babies do not have personal sin. They don't even understand language for their inner voice to begin going over options. And yet they die, because they are born in sin. It doesn't matter how innocent and pure you are, you cannot be sinless sadly. If this were the case, there would be no need for Jesus and death would be defeated already.
×