How God uses angels to assist our prayers 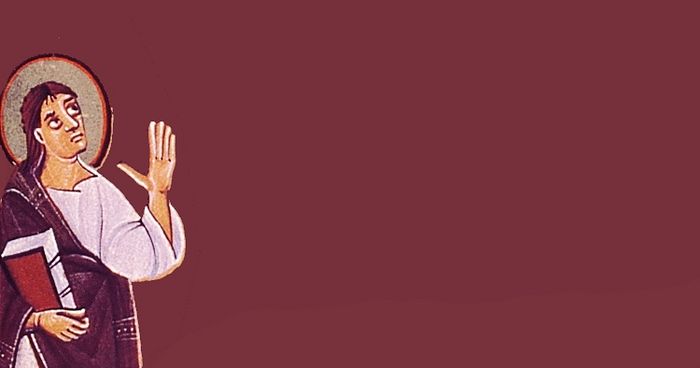 The word angel means messenger in Greek, and the witness of scripture and many ancient Christian writers suggests one of the main jobs angels undertake is to act as courier for our prayers.

The archangels Raphael and Gabriel both identify themselves as angels who stand in the presence of the Lord. Raphael helpfully explains the purpose of this position in the twelfth chapter of Tobit, saying that he “present[s] the prayers of the saints,” telling Tobit and Tobias that he “brought a reminder of your prayer before the Holy One.”

Gabriel’s task is the same, and so we find him in the book of Daniel shuttling messages to and fro. While working on a book explaining how ancient Christians understood angels, I came across the writings of Aphrahat the Persian who frequently refers to Gabriel as “the angel who offers prayers.”

That book, Lifted by Angels, tells more than the stories of Raphael and Gabriel as they relate to prayer. All angels–including our personal guardian angels–relay our prayers and plights to God.

Jesus makes a striking statement about this in Matthew 18. Placing a child in the middle of the disciples, he warns, “[D]o not despise one of these little ones; for I tell you that in heaven their angels always behold the face of my Father.”

In other words, don’t think you can get away with harming the defenseless; their guardian angels will ensure God knows. Angels represent our concerns in heaven, and if this example seems negative, imagine the comfort it communicates to the child.

John’s Apocalypse provides a vivid picture of this angelic service:

Beside the image of an angel presenting our prayers, note the angel adds to them, augmenting and amplifying our pleas. The angel in Revelation 8 takes extra incense to offer with our petitions, improving our prayers with prayers of his own.

Beside augmenting and enhancing our prayers, angels make our concerns their own–just as the children’s angels do in Jesus’ statement. Recall further that Raphael “reminds” God of people’s prayers. He wants to ensure that God is aware of their need, and he takes responsibility for the cares of the people to whom he is assigned. Angels are in it with us. 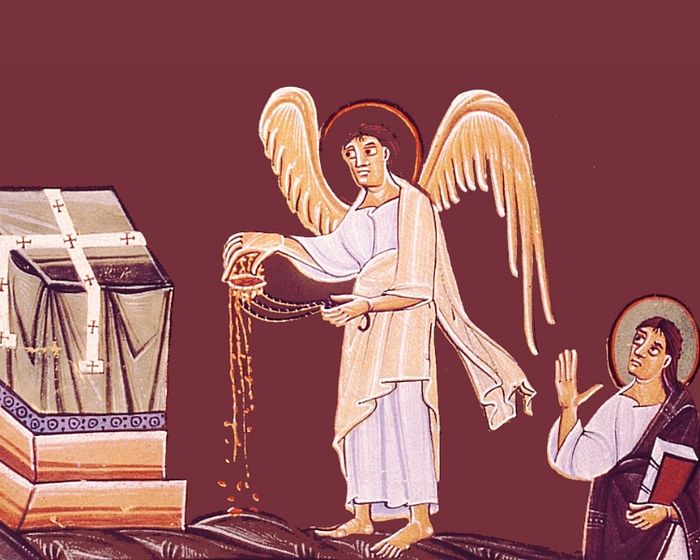 Another ancient Christian writer, Origen, discusses this in his short primer on prayer. Our angel, he says, “prays alongside us and acts together with us, as much as possible, with regard to the matters concerning which we pray.”

Occasionally, our situation may require reinforcements, says Origen, and God provides: “[S]ometimes, the presence of the angels . . . is brought together for someone who is praying, so that they can join in giving breath to the request which he is making.”

But angels are not always eager to carry our prayers. In some cases, they reject them, as if they were defective. Aphrahat says that when we pray while bearing a grudge or ill will against our neighbor, we offer an impure offering: “Gabriel does not want to take it from earth because, on inspection, he has found a blemish in your offering.”

Before he will offer our prayer in the censer before God’s throne, Gabriel insists we make good with our neighbor and offer a pure prayer, echoing Jesus’ statement on the subject in Matthew 5.

Some may bristle at the thought of prayers going through intermediaries. I think the objection is misplaced. To say that angels offer our prayers does not mean that God fails to hear our prayers directly.

The seventh-century bishop and monk Isaac the Syrian says that the eternal will of God “anticipates prayer.” Our hopes and pleas are in the mind of God before we ever conceive them, just as Jesus says in Matthew 6. He’s not waiting for a message to cross the transom.

Nevertheless, God chooses to use means, and he’s given the angels an intercessory role in our lives. He is no less involved for their greater involvement. Angels are simply part of the many gracious and providential ways God is present in our lives. ANGELS
Metropolitan Anthony of Sourozh
The word ‘angel’ comes from the Greek ‘angelos’, which means ‘a messenger’. As far as we are concerned, in the way in which we are related to the angels, they enter into our life as messengers of God. This does not mean that there is not in the angels an essence of their own, their own essential being, and that they are nothing but messengers. They are related as messengers to us; they are related to God as his own creatures which have already attained a measure of perfection and which grow eternally, endlessly into a deeper and more perfect communion with their Maker.
Comments

Mathias Kwabena Narfo8/7/2020 2:11 am
I like Angels but i have not set eyes on them before,and please how can meet them.