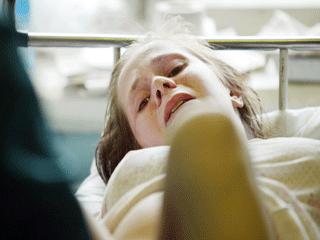 Head of the Moscow medical-education center "Life" Archpriest Maxim Obukhov has criticized the Ministry of Health for its position on the question of abortion.

"The Moscow Patriarchate and the Ministry of Health have already solemnly concluded a third agreement of cooperation, but on this given question the Ministry is not even willing to dialogue, as if the money in the health insurance system isn't the people's, but is taken from the personal accounts of our officials, and the officials themselves are not specialists hired by society to fulfill a specific function, but self-ruled masters, deciding for us what is good and what is bad," writes the priest in an article carried by the Patriarchal Commision on Families and the Protection of Motherhood and Childhood on Monday.

According to him, the very word "agreement" implies a mutual understanding and a desire to negotiate, "but the question of canceling the budgetary financing of abortion isn't even being proposed for discussion."

The priest also noted that already five years have passed from the patriarch's first address to the authorities with an anti-abortion proposal.

"But we all still continue to pay for the murder of children as a 'medical service'," states the article. Moscow Region Duma Holds Conference to Combat Abortion Rates
The conference was dedicated to combating the growing rate of abortion in Russia and preserving family, motherhood and childhood values. Attendees included deputies of the regional government, NGO representatives and members of the Russian Orthodox Church.