OCA Diocese of the West Priest Honored in Jordan

Source: OCA Diocese of the West 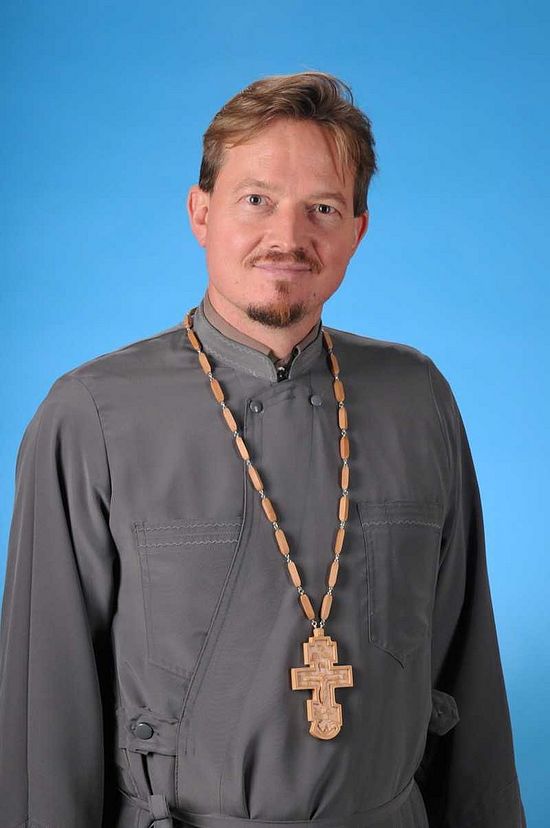 With the blessing of His Eminence, Archbishop Benjamin of San Francisco, the V. Rev. Laurent Cleenewerck, rector of St Innocent Orthodox Church in Eureka, CA, travelled last week to Amman, Jordan, at the invitation of King Abdullah II to be recognized for his recent contribution to Christian-Muslim and interfaith dialogue.

Every year since 2009, with the support of formal United Nations resolution, a World Interfaith Harmony Week is organized every first week of February, under the patronage of the King of Jordan and with the personal participation of His Beatitude Patriarch Theophilos III of Jerusalem. The institution recognized for the first prize by the Jury this year was Euclid University, a distance learning institution for which Fr Cleenewerck teaches several courses, and for which he authored an academic paper dealing with the specificities of the Orthodox understanding of the Trinity as it relates to the shared belief in one God. He also presented a workshop jointly organized with the Religious Studies department of Humboldt State University. For this reason, Cleenewerck was invited to attend the award ceremony which took place at the Royal Palace on Sunday, April 17, to deliver a short speech to the distinguished audience. The event was widely featured in the Jordanian media.

For his part, Patriarch Theophilos III of Jerusalem noted the importance of interfaith harmony in the Middle East as well as the valuable support of the King of Jordan to his unique responsibility as custodian of the holy sites.

OCA Diocese of the West Restored School Renews Joy of Learning for Students in Jordan

Restored School Renews Joy of Learning for Students in Jordan
In an area where needs are great and resources are few, local priest, Father Elia, is thankful for the help of IOCC. “I thank you for your support,” he said, as he walked through the playground admiring the new site that brings joy to students at the school.