Hymn on Joseph the Virtuous, by St. Ephraim the Syrian 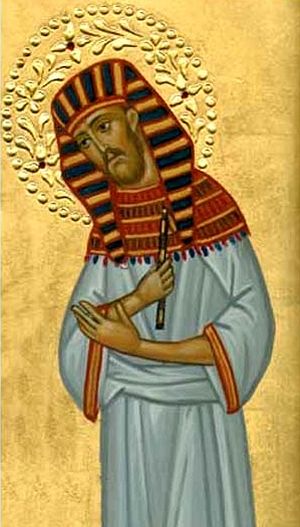 The Most Virtuous Joseph
On Holy and Great Monday we commemorate chaste Joseph the Patriarch, who was sold into captivity by his own brothers in their jealousy. Joseph’s brother had a dream that augured his becoming a ruler over them all, and his brothers could not bear the thought of humbling themselves before him, already so beloved of his father. They wanted to kill him, but sold him instead into Egyptian slavery.

Joseph found himself in prison after refusing the advances of his master’s wife, who in her wounded pride slandered him. Through God’s great wisdom that orders all things rightly, and through His special grace in his chosen one, Joseph was released and becomes master of Pharaoh’s house and finally ruler over Egypt. This enables him to save his family Israel from famine in their homeland, and as Joseph said to them when they came trembling before him, “You meant it for evil, but God meant it for good.” Thus is chaste Joseph seen as a prefiguring of Christ, who would be crucified out of the envy of the Jews, but through his Divine humility redeem the world.

The following is an excerpt from St. Ephraim the Syrian's “Sermon on Joseph the Most Virtuous”, translated by Fr. Ephraim Lash and posted on Anastasis. 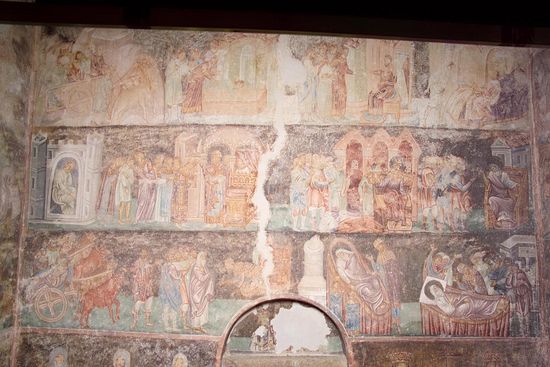 "For just as the Lord * was sent to us
from the Father’s bosom, * to save us all,

So the youth Joseph * from Jacob’s bosom
was sent to enquire * about his own brothers.

And just as Joseph’s * harsh brothers,
as soon as they saw * him approaching,

began to devise * evil against him,
though he was bringing * them peace

from their father, * so the Jews also,
ever hard of heart, * as soon as they saw

And just as Joseph’s * brothers said,
‘Let us do away with him, * and let us be set free

Joseph’s brothers, * while eating,
sold him, * slaying him in intent.

In the same way too * the abominable Jews,
while eating the Passover, * slew the Savior. 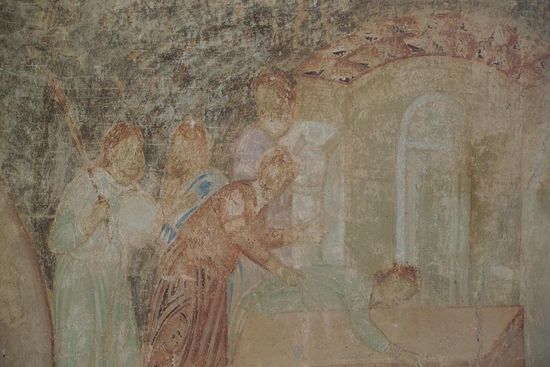 The Righteous Joseph being captured by his brothers

The descent of Joseph * into Egypt signifies
the descent to earth * of our Savior.

And as Joseph * within the marriage chamber
trampled down all * the strength of sin,

putting on the bright * prizes of victory,
against the Egyptian woman, * his mistress,

so too the Lord, * the Savior of our souls,
by his own right hand, * descending into Hell,

destroyed there * all the power
of the dread * and near invincible tyrant.

When Joseph * had conquered sin
he was put in prison * until the hour of his crowning;

so too the Lord, * that he might take away
every sin of the world, * was placed in a grave.

while the Lord, * as powerful, remained
in the tomb for three days, * not undergoing corruption. 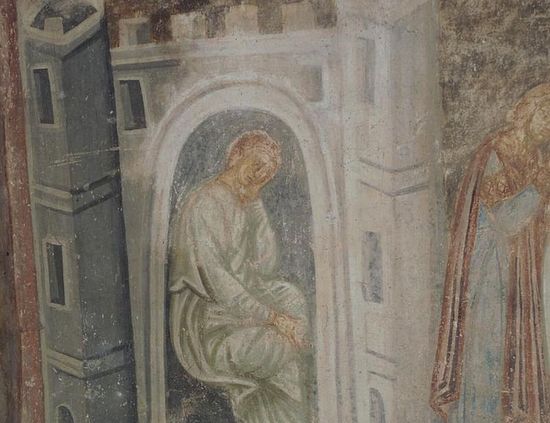 The Righteous Joseph in prison

Joseph, on Pharaoh’s order, * was brought out
graciously from prison, * as a true type,

when he easily interpreted * the meaning of the dreams,
indicating the abundance of grain * that was going to be;

while our Lord [Jesus Christ] * was raised from the dead
by his own power, * despoiling Hell,

offering to the Father * our liberation,
proclaiming resurrection * and everlasting life.

Joseph took his seat * in Pharaoh’s chariot,
having received authority * over the whole of Egypt;

while our Savior, * king before the ages,
ascending into heaven * on a cloud of light,

took his seat with glory * at the Father’s right hand,
above the Cherubim, * as Only-begotten Son. 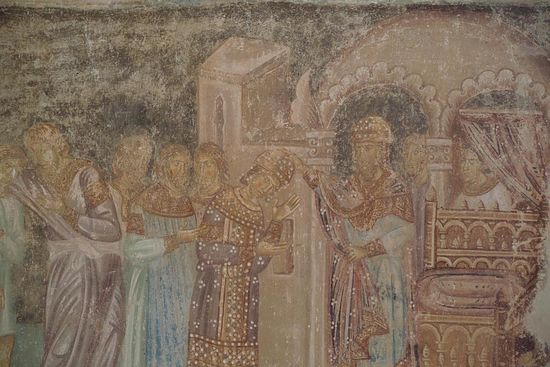 The Righteous Joseph crowned by Pharaoh

When ruling * over Egypt, Joseph
having received authority * against his enemies,

his brothers * were brought willingly
before the tribunal * of the one who had died through them;

they were brought to prostrate * with fear and trembling
before the one who had been sold * by them to death;

and with fear they prostrated * before Joseph,
whom they had not wanted * to be king over them.

But Joseph, recognizing * his brothers,
revealed them as murderers * by a single word;

but they, when they realized, * stood dumbfounded
in great shame, * not daring to utter,

not having anything * at all to say in their defence,
knowing exactly * their own sin

at the moment * when they sold him;
while he, who seemed * to have been destroyed by them in Hades,

was suddenly found * to be ruling over them. 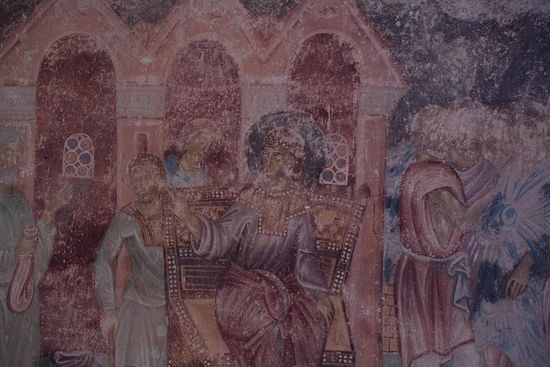 The Righteous Joseph ruling over his brothers

So too on that * fearful day,
when the Lord comes * on the clouds of the air,

he takes his seat on the throne * of his kingdom,
and all his enemies * are brought bound

by fearsome Angels * before the judgement seat,
all those who did not want * him to rule over them.

For the lawless Jews * thought then,
that if he were crucified, * he would die as a human;

the wretches not being persuaded * that God had come,
for salvation, * to save our souls.

Just as Joseph * said quite openly
to his brothers, * making them fear and tremble,

but now I rule over you, * though you did not want it’.

So too the Lord * shows the Cross
in an image formed of light * to those who crucified him,

and they recognize * the Cross itself
and the Son of God * who was crucified by them.

Know how accurately * Joseph became
a true type * of his own Master." 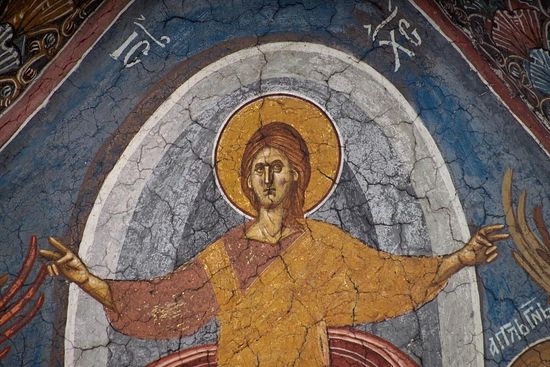 Christ appearing at the Last Judgment Accompanying Christ. The Services of Passion Week
On this day the Church invites all believers to accompany Christ, in a sense to die with Him in regards to earthly pleasures, in order to be resurrected with Him in spirit.

Holy Week in Hymns. Holy and Great Monday, Tuesday, and Wednesday
The services of Passion Week are a musical feast for the ears and the soul. Russian liturgical tradition is rich in special melodies for certain hymns of this most important week of the liturgical year, and if the services are also sung by a good choir, they are that much more memorable.The Sretensky Monastery in Moscow is fortunate to have a world famous male choir singing at all of these beautiful services. We would like to share some highlights of this singing with our English language readers, and have therefore provided the English texts to match the hymns.