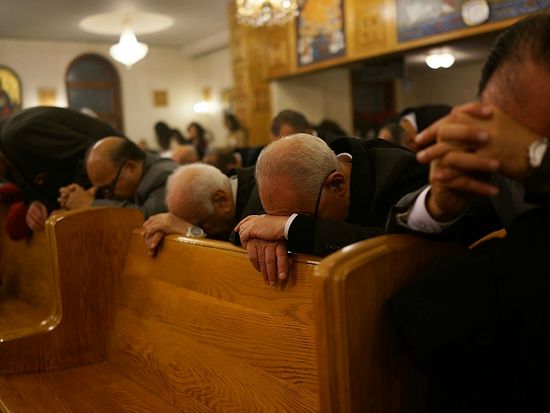 Open Doors is a humanitarian relief organization that specializes in helping Christians who are persecuted worldwide. Markus Rode, a member of the group, said that the study is only “the tip of the iceberg” and called for more action to address the problem Frankfurter Allgemeine reports.

The report from Open Doors chronicles varying types of abuse. Christians in the study came mostly from Iraq, Syria and Afghanistan and were recent converts to the faith.

Breitbart London has reported many times of the challenges of migrants who have chosen to forgo Islam and convert to Christianity. Many converts wished to do so in their homelands, but in places like Iran and Afghanistan the penalty for leaving the Islamic religion can be death and so they fled to Europe. Now in European asylum homes they are finding more and more that they are in as much danger from radical Muslims in Europe as they were in their home countries.

The perpetrators of most of the attacks were fellow migrants who look down on converts and believe them to be apostates. Perhaps, more interestingly was the prevalence of Muslim security guards who participated in the attacks. Almost half of those surveyed said they had received abuse from security guards and in the German capital of Berlin the figure rose to two-thirds. Many of the security guards hired to keep order and protect migrants regularly come from migrant backgrounds themselves and even more often have no qualifications.

Volker Baumann of Action for Persecuted Christians (AVC) says the situation is far bigger than 231 migrants, claiming that up to 40,000 Christians are persecuted for their faith in Germany according to the group’s research.

Baumann joined Rode and several others who represent Christian charities at a press conference where they recommended the German government house Christians in separate homes, increase the number of non-Muslim security guards, and reach out to Christian migrants who may not report incidents of abuse for fear of reprisal from Muslims in their asylum homes. Gabriel5/11/2016 3:13 pm
Really sad. They are all in our thoughts and prayers. May GOD BLESS THEM ALL.
Lots of love in Christ,
Gabriel @ Pantanassa Orthodox Church,
Johannesburg South Africa.