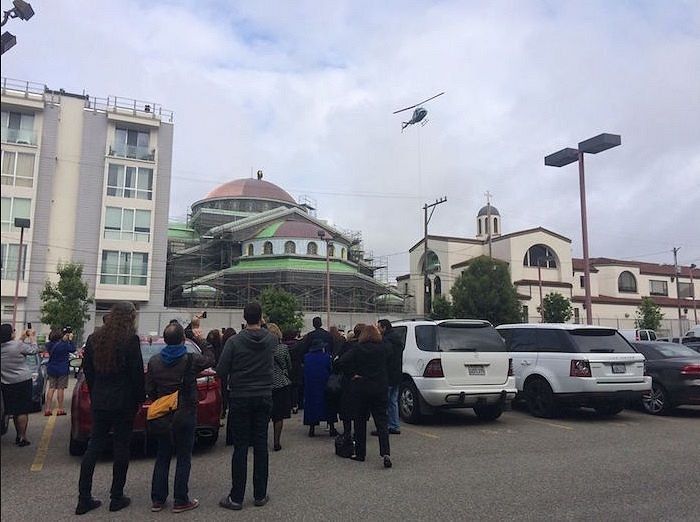 The long and storied history of the Annunciation Cathedral of San Francisco got another chapter written in its books on May 21, 2016 as the cross for its new dome was delivered and installed—via helicopter.

The church, founded by early Greek immigrants to the Bay Area in 1921 as a splinter community of followers sympathetic to Greek prime minister Eleftherios Venizelos, grew so rapidly that they bought the Valencia Street Theater, known as the “grandest, most beautiful of the West” and the place where George Burns got his start.

The community went bankrupt during the Great Depression only to be restored by the faithful years later who insisted on saving their church. Over the decades the church stood as the core of the Greek community of San Francisco until 5:04 pm on October 17, 1989 when the devastating Loma Prieta earthquake struck, effectively destroying the entire building. 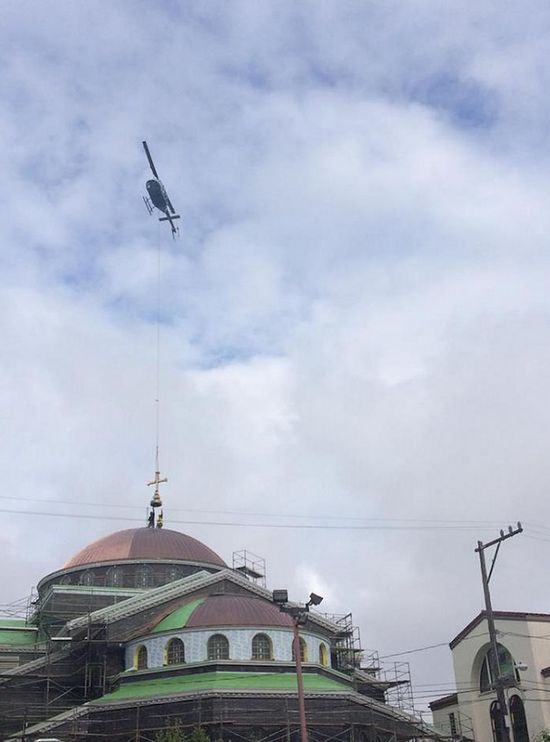 Following plans to relocate the parish to a new location, the community ultimately decided to rebuild on existing land and a construction permit was granted October 17, 2013—24 years to the date of the devastating earthquake. Construction commenced shortly thereafter.

The community has been actively updating its parishioners on construction progress via Twitter updates. 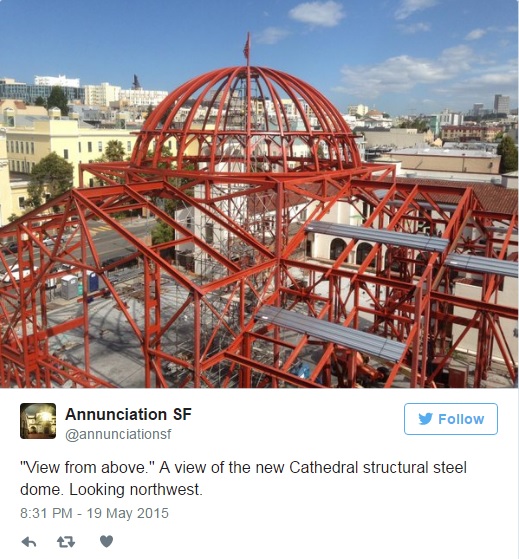 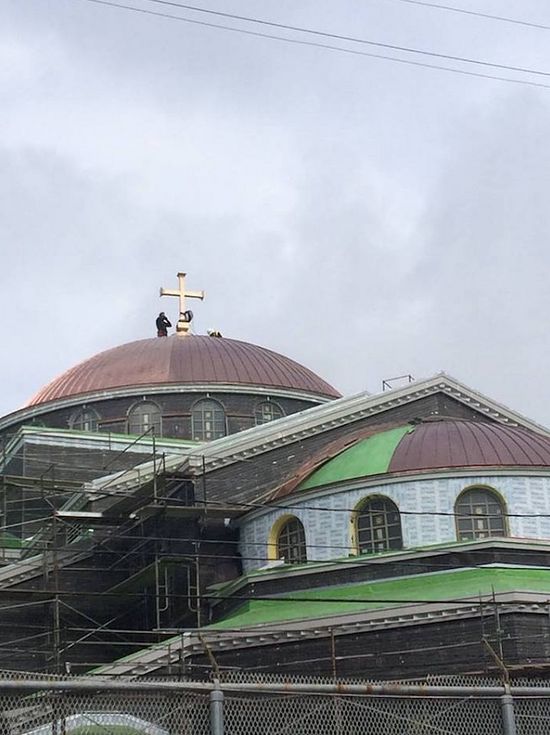 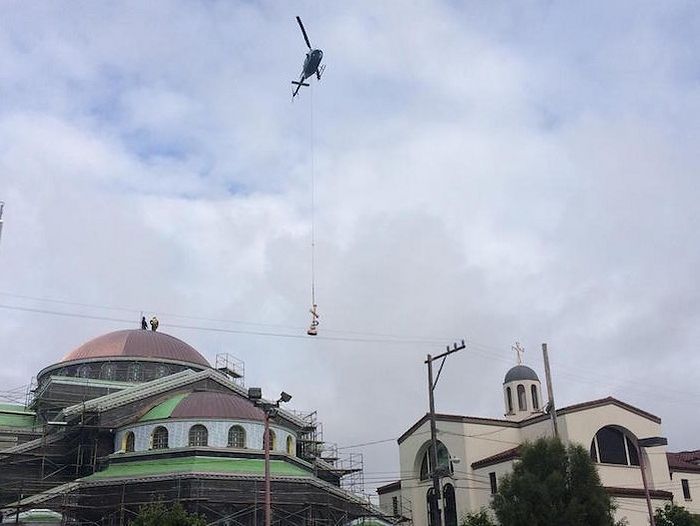 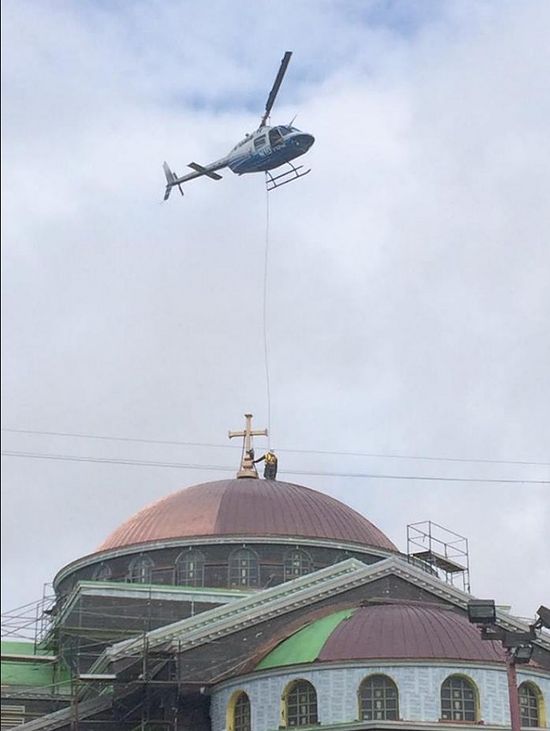 Harrison, MT: Monks, local faithful help build new monastery
“Good things take time and patience to achieve, and the look and feel of these monastic buildings will reflect that philosophy,” Brother Ioann concluded. “The stonework especially will contribute a sense of groundedness and long-lived stability.” Divers Building "Underwater Church" in Crimea, Cross Already in Place
Divers in Crimea have erected a large cross in the shape of an anchor off the Crimean coast. It heralds the start of construction work on building what they promise will be a full blown underwater church.
Comments
×