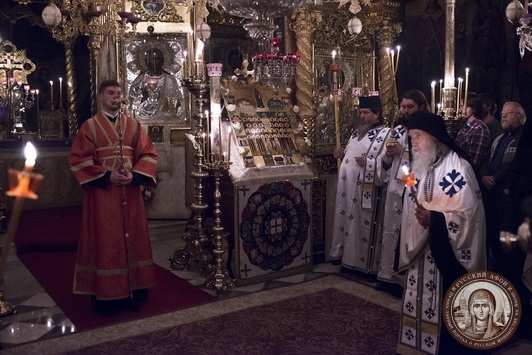 The memory of All Russian Saints of the Holy Mountain was honored on Mt. Athos in the Russian St. Panteleimon monastery by His Holiness Patriarch Kirill of Moscow and All Russia and hierarchs of the Russian Orthodox Church, reports a correspondent of “Russian Athos.”

Upon arrival to St. Panteleimon Monastery on May 27, Patriarch Kirill served a Moleben to All Russian Ascetics who have shone forth on the Holy Mountain. 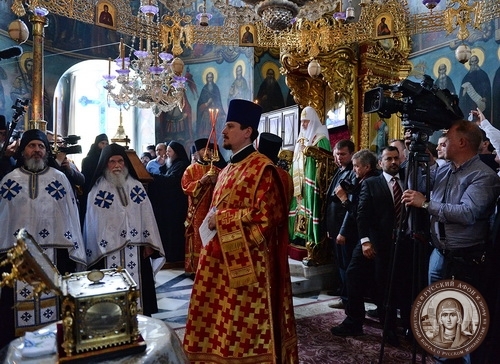 In the night of May 27 to 28 in St. Panteleimon Monastery was served a festive All-Night Vigil which lasted about six hours and was dedicated to All Russian Saints of the Holy Mountain. 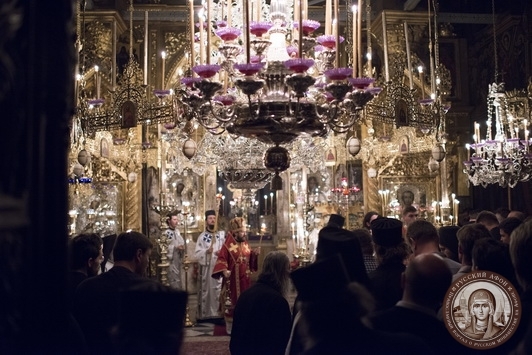 With the blessing of His Holiness Patriarch Kirill the Vigil was led by Metropolitan Hilarion of Volokolamsk. The Akathist Hymn to the Most Holy Theotokos, the Abbess of Mt. Holy Mt. Athos was served by Archbishop Theognost of Sergiev-Posad with a gathering of clergy from among the guests and brotherhood of the monastery. 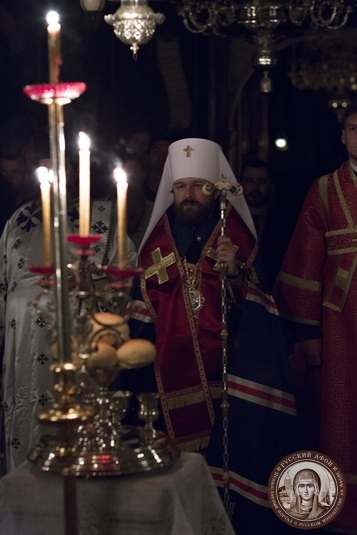 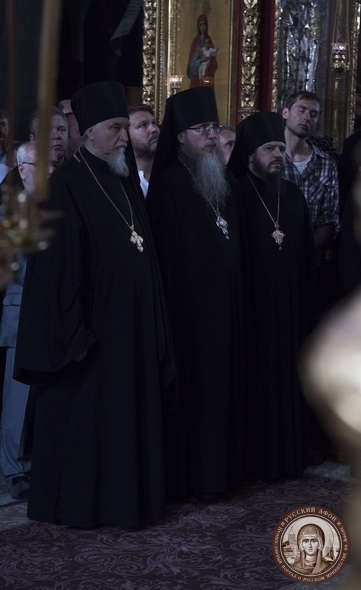 The festive Vigil was attended by hierarchs of the Russian Church, heads of the monasteries, and innumerable pilgrims. Services of such magnitude and festivity happen a few times a year in the monastery: on the patronal feast of St. Panteleimon and the Protection of the Most Holy Theotokos, and on the feast of Holy Pascha. 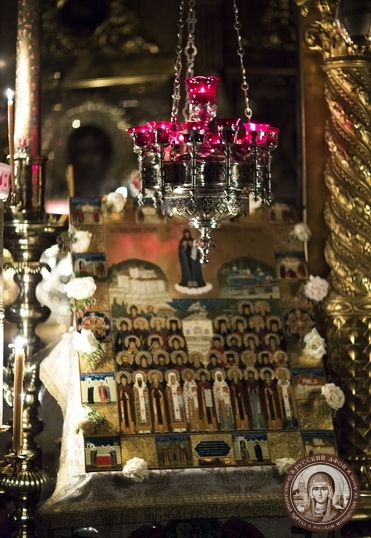 The icon of the Synaxis of Russian Athonite Saints, gifted to the abbot and brothers of the Russian monastery in 2013 by Patriarch Kirill during a visit to the monastery, was offered for veneration. 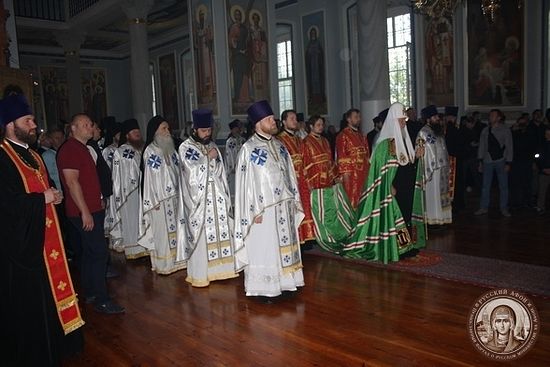 In the morning of the 28th Patriarch Kirill officiated at a festive Divine Liturgy in the Old Russikon Skete. Archbishop Theognost served Liturgy in the Coastal Russikon. 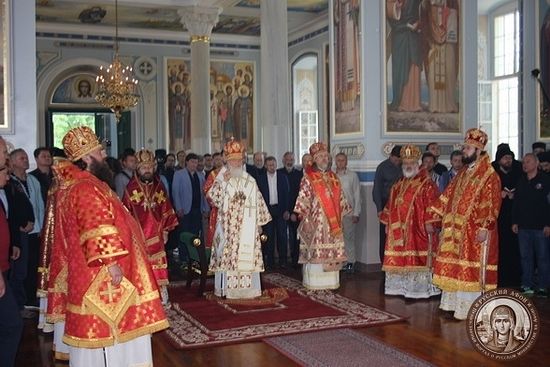 The patriarch and hierarchs of the Russian Orthodox Church prayerfully commemorated the podvig of the Athonite Russian ascetics at the festive Divine services.

More than forty ascetics have entered into the Synaxis of the Russian Saints of the Holy Mountain, glorified at various times by one or another Local Church. Some of them were Serbs, Greeks, and Georgians, although their lives were in one way or another connected with Holy Rus’ or with Russian monasticism on Athos. It is far from a full list.

Many of the remarkable ascetics of Russian Athos await their glorification. First of all are the great and God-bearing elders Arseny, Jerome, and Makary, through whom, by the providence of God, Russian monasticism on Athos was revived in the nineteenth century. Specifically, from them began and continues until now the unbroken spiritual succession of Russian Athonite eldership.

Worthy of the veneration and glorification of the earthly Church are many ascetics of St. Panteleimon monastery such as Elder John Vishensky, Hieromonk Arseny (Minin) and Hieron (Nosov), the elder-founders of St. Andrew’ Skete Vissarion (Tolmachov) and Barsanuphius (Vavilov), and also Innocent (Sibiryakov), the ascetics of St. Elias Skete, many Russian desert and cell-dwellers, such as Tikhon (Golenkov)—the teacher of the righteous Pasios of the Holy Mountain, the elders Theodosius and Nikodim of Karoulia, and many, many others—all without doubt glorified by God and praying now for their fellow countrymen. They are also remembered in the prayers following festive services as unnamed but revered Russian saints. 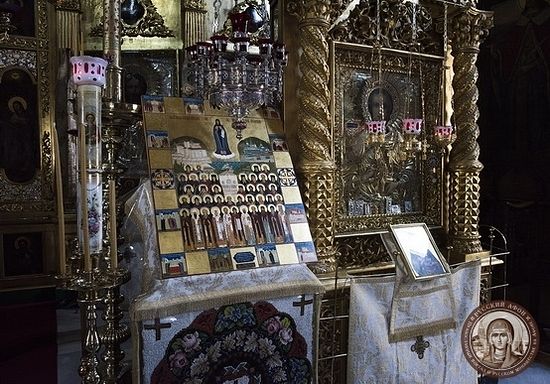 The Synaxis of Russian Saints of the Holy Mountain:

President Vladimir Putin met with special honor on Mt. Athos
In response the president of the Russian Federation focused on the tight historical connection of Russia with the Holy Mountain and called pilgrimages to Athos a special blessing. Patriarch Kirill served a Moleben in St. Panteleimon Monastery on Athos
“Every time I’m on Mt. Athos it’s as if you’re touching the centuries-old podvig of people who devoted themselves to prayer, contemplation, and labor. Here this prayer is combined with the podvig of seclusion. I arrived here today with my companions, to celebrate with you the millennium of the Russian presence on the Holy Mountain as enshrined in the documentary sources,” he said.