Four new saints of Romanian Orthodox Church to be glorified 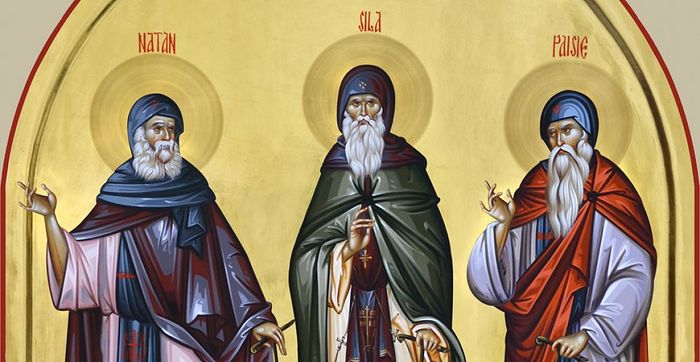 Four new saints are to be counted amongst the ranks of those glorifying God and added to the calendar of the Romanian Orthodox Church, reports the Basilica News Agency.

A working session of the Holy Synod of the Romanian Orthodox Church convened today, June 6, under the chairmanship of His Beatitude Patriarch Daniel at the Patriarchal Residence.

On the agenda is the approval of the canonization of Metropolitan Jacob Putneanul of Moldova, and the Venerable Fathers Silas, Nathan, and Paisios of Sihăstria Putnei Monastery.

Earlier at its own session on May 20 at Neamţ Monastery, the Synod of Moldova and Bucovina had approved the proposed canonizations of the metropolitan and Sihăstria fathers.

Metropolitan Jacob (1719-1778) was the most distinguished bishop and pastor of the Moldovan Church of the eighteenth century. In 1731 he entered into the monastic ranks at Putna Monastery, being elected abbot in 1744. He served as Bishop of Radauti from 1745 to 1750, and of Moldova from 1750 to 1760, during which time he labored tirelessly to increase the spiritual level of his flock, printing spiritual literature for all ages and establishing spiritual schools. In 1760 he retired again into monastic simplicity for the remaining eighteen years of his life

The holy fathers of Sihăstria lived in the eighteenth century and labored at Sihăstria Putnei during a time of great spiritual flowering. Burning with love for God and silent prayerful contemplation, St. Silas served as abbot from 1753 to 1781 and oversaw the founding of the Church of the Annunciation; St. Nathan served from 1781 to 1784 during a time when many monasteries of the region were being abolished; and St. Paisios, a spiritual child of St. Nathan, labored as a fervent defender of Orthodoxy and clairvoyant guide for countless souls, falling asleep on December 16, 1784.

Their fragrant relics were discovered in 1990 during restoration work at Sihăstriei Putna, two hundred years after the monastery had been abolished. Until today they prayerfully protect the inhabitants and pilgrims of their monastery through the grace of their relics, and have long been considered saints of God.

May God have mercy upon us by the prayers of His newly glorified saints!

Romanian Church Considers Popular Monk For Sainthood
The Metropolitan of Transylvania said Thursday it had begun the lengthy process of canonization for Arsenie Boca, a Romanian Orthodox monk and priest whose grave in western Romania attracts tens of thousands of pilgrims every year.
Comments
×