A Testimony From Eternity 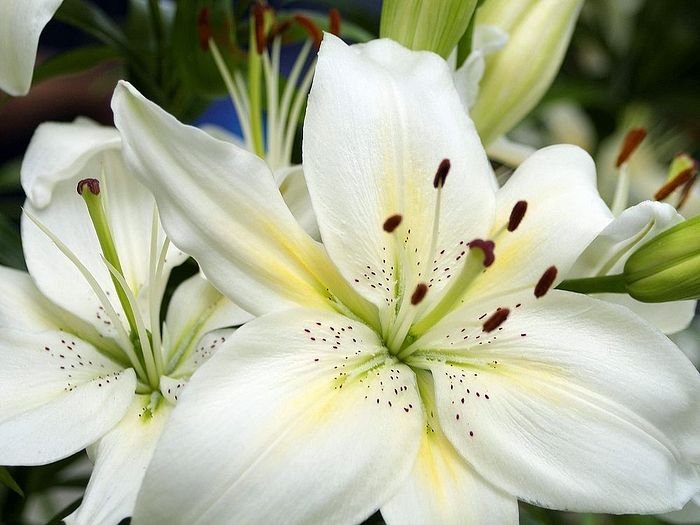 The factory town where my childhood was spent does not dispose one to belief in miracles. Our urban district was built in the Soviet era on the site of a marshland, at a certain distance from the city’s outskirts. A “shock construction program” was carried out by a select group of settlers who daily died in numbers from cold, hunger and disease. The neighborhood knew no saints’ relics, nor wonderworking icons, nor even fascinating ancient cathedrals that might by their appearance have encouraged people to pray and think about eternal things. The first church was built early in the 1990s—it was small, squat, and not within sight of most residents. Then another magnificent church was built near it on funds provided by the parish. Now its silvery domes and snow-white walls attract the gaze of workers passing by, looking out-of-this-world against the background of dull multistoried buildings and fuming smokestacks with their dense clouds. At the distance of a couple of bus stops the church passes out of sight, like the mysterious city of Kitezh1. And this-worldly things suppress heavenly ones to the utmost: shops and snack bars, whose motley signboards turn up continually, offer an abundance of temporal pleasures.

Despite that striking contrast, there is a glimmer of faith in some hearts. And the story I am going to share happened here in a tall block building from whose windows one can see the church domes. By that time the church was already consecrated, and even the bell tower filled the neighborhood with the modest ringing of bells.

The husband of my acquaintance, my father’s university friend, was seriously ill with leukemia. His wife found various remedies, strengthening the organism and helping it struggle with the disease. The younger son, a teenager, needed a father, even if he was lying in bed, weak, and silent most of the time. His quiet yet strong words always carried weight and at times were uttered with authority, so the youth did not go astray.

The illness was taking the rest of his energy, and the strength of his organism was ebbing away. Our acquaintance was anxious about one thing: The husband was not baptized and he responded with a refusal to her meek requests that he be baptized and take his last sleep as a Christian. But the woman did not lose hope and kept praying. And then the love of his deceased elder son unexpectedly intervened in the work of the salvation of his soul.

His large black-and-white portrait hung in the bedroom: I still well remember his face dotted with freckles, pure and joyful eyes and a sincere smile. Vitya (a diminutive form of the name Victor) had died over ten years before: one day he suddenly fell out of a tree in the village. He was a high school senior when it happened.

A couple of days before Vitya’s appearance, souls of unknown people and probably some saints had come to the sick man. The barrier between time and eternity for the dying man was becoming more and more transparent. He spoke with his “visitors”, but still there was no spiritual enlightenment.

“Whom are you speaking with?” his wife would ask him on her return from work.

“Some people came to me,” he would reply indistinctly and indefinitely, having almost no energy.

“They already have gone.”

And that would be the end of their conversation.

But that evening strength returned to the dying husband and he informed his spouse himself: “Vitya came to me!”

“Yes, in a long white robe down to his ankles, with a blossoming twig in his hand, and he was shining!”

“He called me to go with him. Mother was here as well, and she looked just as bright.”

“Maybe now you will agree to be baptized?” his wife asked with a timid hope and heard a quiet yet unhesitating reply: “Yes.”

In the following days a great and long-expected event happened in their flat where the Heavenly Kingdom had clearly and openly manifested itself, just as the Holy Prophets Elias and Moses appeared before the apostles on Mount Tabor. A priest baptized the dying man, chrismated him, and then gave him the Holy Body and Blood of Christ and anointed him.

His spouse’s mother, a very pious old lady who came from a remote village to help her daughter take care of her husband in his final days, said afterwards that following the Baptism and Holy Communion his face was transformed—it became peaceful and shone. A deep inner tranquility began to reign in his heart. Soon he was called to his eternal rest.

I recall this story very often. And a vivifying thought flashes through my mind: a person’s soul is a profound mystery. It conceals in itself the subtle movements by which the Lord judges it. These cannot be seen with physical eyes—all the intentions, doubts, struggles, and compassion for neighbors in their sorrows. One can formally deny God all his life yet live according to his conscience, and by the end of his life’s path, by the mystery of Divine providence, partake of His sacraments and enter into Paradise, having cleansed himself of his sins.

From the editors: dreams and apparitions of the deceased and other similar phenomena should be taken by Orthodox Christians with caution and distrust (the Church Fathers even singled out a specific virtue of disbelief in dreams), as these phenomena are often false and may lead somebody to the state of self-delusion (prelest). However, the story related above, beyond all doubt, bore fruit: the dying man was baptized on his deathbed, then took Communion of Christ’s Body and Blood, was anointed and finally acquired a deep inner peace. Therefore we found it useful to publish this story on our website.

1 A beautiful, mythical city beneath the waters of the Lake Svetloyar of Russia’s Nizhny Novgorod region.
See also