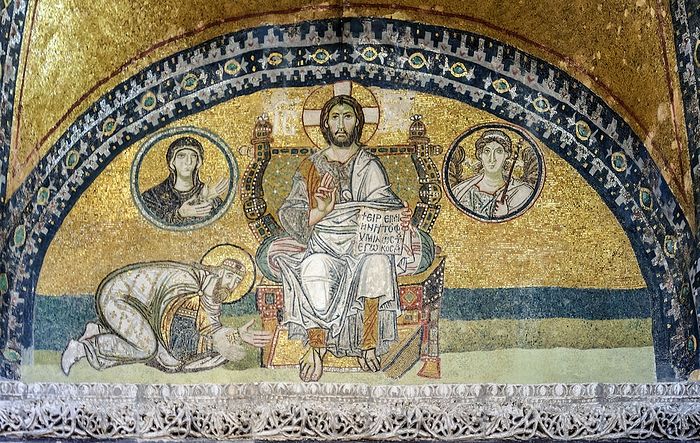 Hagia Sophia is a Greek Orthodox Christian patriarchal church from the sixth century which was later transformed into an imperial mosque and is currently a museum Ayasofya Muzesi. Last week, Turkish media reported that President Recep Tayyip Erdogan said that Quran would be read in the Hagia Sophia everyday during the Muslim fasting month of Ramadan.

"We condemn the announcement of the Turkish authorities about plans to read the Quran in Hagia Sophia in Istanbul on the occasion of Ramadan as regressive. The persistent and bordering on fanaticism Muslim rituals in the World Heritage Site are incomprehensible and are a manifestation of a lack of respect and a lack of connection with reality. In addition, such actions are not compatible with modern democratic and secular societies," the Greek Foreign Ministry said in a statement.

For over a millennium, Hagia Sophia was the largest church in the Christian world. It is included in the UNESCO World Heritage List.

The ninth month of the Islamic calendar, which this year runs from June 6 to July 5, Ramadan, is marked by fasting during the daytime and is considered a time for spiritual reflection and increased devotion. Allah Has Deprived the Ruling Faction of Turkey of Reason - Putin

Allah Has Deprived the Ruling Faction of Turkey of Reason - Putin
The ruling elite of Turkey is deprived of reason, and it is the punishment of Allah, stated President Vladimir Putin in a Thursday address to the Federal Assembly.
Comments

Anna Burdy6/8/2016 4:42 am
Is somebody going to stand up and tell them "No", or will it be the same old, same old? How about some courage and character, brethren?

Nathan6/8/2016 4:14 am
Sounds like a job for my man Putin. This aggression will not stand. Fellow Orthodox Christians, I humbly invite you to please join me in my favourite pastime - rootin' for Putin. You can't afford not to.