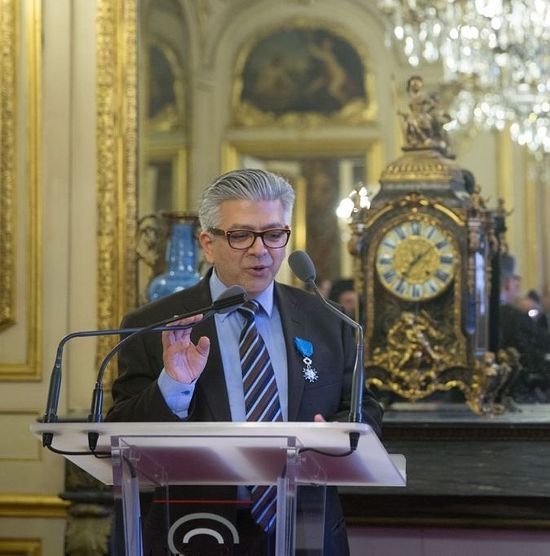 Are the accelerating Orthodox developments a crisis or an awakening? Both the Bulgarian and Serbian Orthodox Churches have withdrawn their signatures, having previously signed all the decisions by the preparatory conferences and committees for the Great Orthodox Council, including the Synaxes of 2014 and 2016 in Geneva (I myself was present at the latter). Today they are withdrawing and today they are saying the opposite of what they said yesterday. Is this an awakening from an extended coma or was there yesterday a watchword for signing, then today there was a watchword for withdrawing the signature? Is the Orthodox world today at the end of a crisis and the beginning of an awakening? Are things escalating and colliding or will there be a course-correction and a renewed course of unity? I have previously said and written that there is an "official agenda for the council" and then there is the "agenda of the Holy Spirit" who sometimes intervenes without us realizing it, especially when we do not leave the way open for the Holy Spirit to blow along our paths.

Are we at the beginning of an awakening or the beginning of a state of fragmentation because of the Orthodox world's inability to reconcile tradition and modernity? Modernity isn't "modernization" in the sense of taking the superficial aspect of modernity but remaining in essence petrified. Not everyone who uses an iPhone or WhatsApp has reached modernity. Rather, it is a modernity of thinking and vision and a capacity for looking forward to the future. It is as though today, the Orthodox Churches, each of which until now has acted as though it sees itself as the entire body and not one of the members of the body, have started to realize that today they need the rest of the members of the body and that they cannot continue to live in parallel to the other churches because each is a member of the body and not the body itself and so, consequently, each must interact with the rest of the members of the body in order to build up the unity of the body. It appears that today "the razor reached the chin" and a brake was necessary. It remains that unity is not given to us so that we can treat it like someone making a withdrawal from a savings account.

For a long time now, Antioch has not ceased repeating and cautioning the churches that unity cannot be divided as it is a state of mutual participation between all the members, that if one member suffers, all members must heal its wounds, and that the issue of Qatar is not an issue of a boundary disagreement between two patriarchates, but rather an issue of indivisible communion between all the Orthodox churches. Their unity is based first of all on communion of faith and secondly on respect for the canons of the ecumenical councils in cooperation with each other, so any attack on a part is an attack on the whole.

Yes, unity is the "stature of Christ" which is indivisible and to which we must rise. It requires of all the members effort, taking things slowly, patience, and awareness, ways of communion and cooperation, ways of unity, spiritual discernment and apprehension. Is what is happening today part of the agenda of the Holy Spirit, who enters into us like a fireball, corrects the course, and brings us out of competing policies between the churches to mutually complimentary policies among the Orthodox churches? The council is not a goal in itself. Unity is the goal. Not a simulated unity, but actual unity in the image of the Trinity: unity and diversity. Let us pray to the Lord!

Below is what I wrote in the preface to my study for the latest meeting of the Holy Synod of Antioch, before all the latest developments, whose positive and negative aspects we must analyze equally and take from the positive aspects, so that the Lord may speak to us through them.

+ The Orthodox world is experiencing a great crisis, a crisis of "fleeing forward", a crisis that in essence is not a crisis of faith, but which may lead to a serious ecclesiastical crisis and a crisis of unity if matters are not set in order and the course leading to the abyss-- which, in the words of Fr Touma (Bitar), is taking the Orthodox world in the "wrong theological, ecclesiological and pastoral direction"-- is not set aright.

+ The driving forces behind the crisis are many and varied. There is no room to delve into them here, but two fundamental driving forces can be highlighted. The first of them lies in the repercussions of the "age of globalization" which is hastening-- indeed, exploding-- the conflict and collision within the Orthodox churches between tradition and modernity. The second is the repercussions of the acute political competition that has been accelerating for two decades between two basic Orthodox pole: the Hellenic, Greek pole on the one hand and the Russian, Slavic pole on the other hand. It is a crisis of competition of a new sort, whose goal is to strive by all available means for primacy in the leadership of the Orthodox world. It is striking deeply at all the elements of Orthodox conciliar life and communion, on which the Orthodox Church's ecclesiology is based.

+ In this context, the Great Orthodox Council appears to be a cover for these competing ecclesiastical politics-- competition that will be ongoing before, during and after the council set to be held on Crete this coming June. The truth is, one can say more than this-- that by not addressing the Orthodox Church's real dilemmas, the council is a facade of simulated unity for Orthodox churches that have not yet undertaken a historical evaluation of their path in today's world.

+ Consequently, there are enormous real dangerous hovering around Orthodox unity,with an increasing escalation of criticism against the hasty, hurried approach to the preparation and call for the Great Orthodox Council. This growing critical movement comes from various Orthodox actors in Greece and elsewhere, whether episcopal, theological, academic or in many circles of the faithful in the East and the West. Metropolitan Seraphim of Piraeus in Greece has expressed its seriousness when he said, "the Pan-Orthodox Council is a council without the Orthodox." This movement may subject the Orthodox world to dangers of schisms that might appear here and there and which may grow today more than at any time in the past because of the effect of rapid communications that link various actors across borders in a networked world.

+ The greatest evidence for this is the ambiguous relationship between the mother Orthodox churches and their diaspora across the five continents. This dossier is the heart of the issue, and the arena for strife, competition and hot and cold wars between the two poles and between the churches. It is the axis of all the battles before, during and after the Great Orthodox Council. This relationship between the mother church and its diaspora exists and is understood-- implicitly, not openly-- in a single administrative direction. That is, the direction of the mother church which does not realize that its diaspora is a new life for it and for the Orthodox Christian message. It does not realize the necessity of prioritizing evangelism over management, since the Orthodox diaspora is a grace from God's economy that can only be aright through a mutually-participatory and mutually communicative relationship between the mother churches and their diasporas.Today's world, the world of networks, globalization and the revolution in digital communications has exploded the situations of all the Orthodox churches inclined toward traditionalism. A significant proportion of these churches have not yet realized the importance and necessity of undertaking a critical review of the Church's ways of governance and of launching them into today's world and the necessity of departing from traditional approaches that have become obsolete in order to renew pastoral care and evangelism in today's world. Consequently, the most important challenge that the Orthodox Church is experiencing today is the challenge of fractiousness and petrification and of holding back from looking at the reflection in the mirror.

+ The Orthodox churches that have started to understand these dynamic factors in today's world, the interconnected world of networks and not the world of a unilaterally-acting center-- churches such as Romania, for example-- have started putting into place mutually-participatory, cumulative policies to build up the influence between the mother church and the local churches spread around the world. Here the Russian and Romanian Churches seem to be leading the way in this direction, each of them in its own way and with its own means, while the other churches that are still stuck, to varying degrees, in old-fashioned methodologies are candidates for increasing the elements of the crisis and deviating toward becoming historical museums.

+ The Great Orthodox Council is an outward facade that does not address these critical dilemmas, but rather ignores them while at the same time expansionist ecclesiastical politics continue on the ground. Consequently, the escalation of internal crises in the churches that do not protect themselves in these new situations and continue to act internally and externally in an old-fashioned manner, have not endeavored to develop their concepts, and have not undertaken historic reviews in order to modernize their positioning, discourse and their ways of working are now subject, more than any time in the past, to predation and proselytization by other Christian churches that are more dynamic and active in today's world.