Metropolitan Onufry: “This meeting already won’t be a Great and Holy Pan-Orthodox Council” 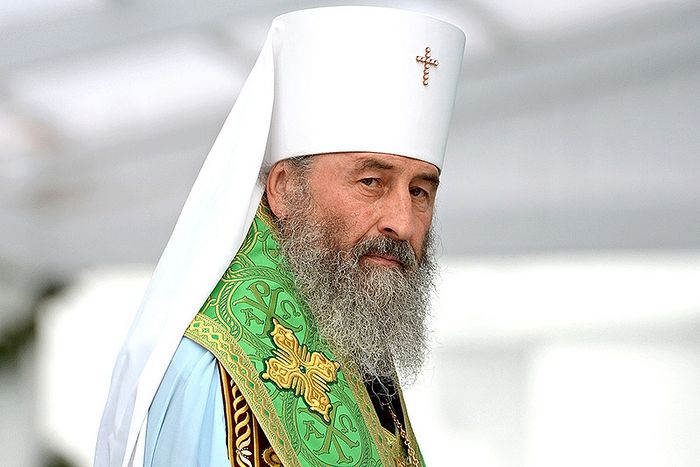 In this interview with the Synodal Information-Education Department of the UOC, His Beatitude Metropolitan Onufry of Kiev and All Ukraine answered questions about why the Russian Orthodox Church is not participating in the Pan-Orthodox Council which should begin its acts on June 19. He also expressed his view on whether the crisis of Council preparations will influence the situation of religious life in Ukraine and worldwide Orthodoxy.

—Your Beatitude, what was the final reason for the decision of the Russian Orthodox Church not to participate in the Council planned for the feast day of the Holy Trinity?

—Today the world is developing in a new format. Political and economic borders are gradually disappearing, which by themselves restricted individual states, and marshaling one great power which will itself envelop the whole world. In this new layout of human life, unfortunately, no space is allotted for the Orthodox Church.

It concerns us, and we try to find for ourselves a place where we could exist lawfully.

The first thing that’s necessary to do is to create an administrative organ for the Orthodox Church, represented throughout the whole world. Inasmuch as the Orthodox Church is the conciliar Church, it’s clear that such a governing body should be a Council to which representatives of the Churches from every corner of the world could come. Now is occurring the first attempt to create just such a Council.

Unfortunately, the first effort was unsuccessful. The documents which are to be submitted for the consideration of the Council, after being studied by the faithful, did not hold up to criticism. A whole number of Local Churches presented their suggestions for the improvement of the documents, with the Sacred Community [the governing body—O.C.] of Holy Mount Athos offering similar suggestions.

Our Church has tried everything to correct the Council documents, but, unfortunately, it didn’t happen that way. Therefore we joined with the proposals of those Churches which consider that the Council should be moved to a later date and held then when the documents, which should be reviewed and adopted, will be modified.

If the Council documents won’t have any dissension from Orthodox doctrine which was confirmed at the Seven Ecumenical Councils and all the holy Councils which we know of from our history, then the Council, called to adopt these documents, will truly show the world the beauty and majesty of the Orthodox faith and demonstrate to all our unity in truth.

—Did the Holy Synod have the hope that a pan-Orthodox consensus would be found before the start of the Council?

—Yes, our Holy Synod hoped that an Orthodox consensus would be found, and our Church until the last moment did all it could for that to happen.

Unfortunately, it happened as it happened. But we are not losing hope. The processes for preserving God’s truth and of uniting all around this holy truth are long and tedious, but with God’s help anything can be done.

—Although the Patriarch of Constantinople himself made no official statements, individual clerics of his Church are already saying that the remaining Local Churches will all gather on the island of Crete on June 19. Can we consider this meeting a Great and Holy Council, as was originally expected?

—On the eve of the Council there has been a lot of talk about the so-called “Ukrainian problem.” Recently it even became known that a group of public deputies drew up an appeal from the Verkhovna Rada [Supreme Council—O.C.] to Patriarch Bartholomew on this question. In your opinion, will the crisis in the Council preparations affect the situation in Ukrainian Orthodoxy?

—In the Council Regulations there was no talk of the religious situation in Ukraine. Church schisms, springing from human sin, exist in nearly every Local Church. They are treated by that with which sin is treated—repentance.

I don’t think that difficulties in the Council preparations should cause the desire for retribution in any Local Church. If we go down such a path then we can already today put a cross[1] on the future Pan-Orthodox Council. I think everyone understands that, therefore the incursion of one Church on the canonical territory of another should not be.

But with regards to the address to Patriarch Bartholomew of Constantinople from some of our state public deputies, it is a direct violation of the status of the relations of Church and state. According to our legislation, the Church is separate from the state, and the state from the Church. The interference of some deputies in the affairs of the Church is a direct violation of state law. I would advise such deputies that it’s better to think about how to perform their direct duties which they have in relation to our people, and Christ, the Head of our Church, will solve Church problems without them.

As for Ukrainian Orthodoxy, I will say this: if politicians didn’t meddle in our problems then we would have already found the path to unity a long time ago.

[1] An expression meaning to put an end to something—O.C.