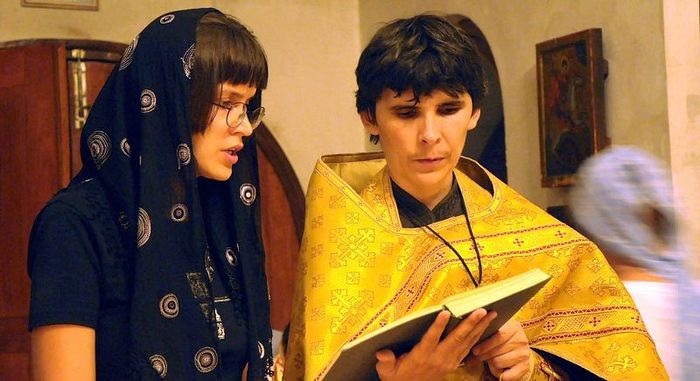 The very titles Father and Mother (which is how wives of Russian priests are addressed) inspire in one’s mind images of conservative, righteous people beyond the scope of our ordinary lives. These are the stereotypes we all share in regard to clergy and churchmen. Father Roman and Mother Kseniya, who oversee the Russian Orthodox Church, break these stereotypes.

“Kseniya and I met while working for an Orthodox TV channel in Moscow. I worked as a cameraman, she was an editor. We got married, began to attend a missionary school, but never even thought about entering priest service, let alone doing it abroad. In 2010 we were working on a documentary in memory of the slain priest Daniil Sysoev, and during filming met a priest who later told us that Father Oleg from Pattaya needed volunteers. We agreed, packed up and left,” Roman recollects.

Roman’s and Kseniya’s first experience in Thailand lasted only six months. The couple found it too difficult to live so far from home in a hot tropical climate, surrounded by people of different nationalities. They went back to Russia… only to return to Thailand again a short time later. 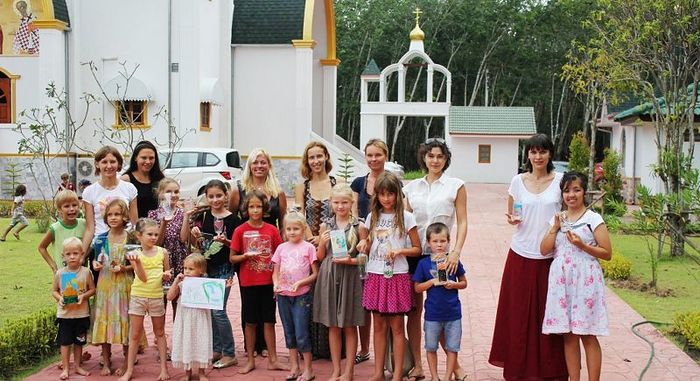 After one month, Father Oleg called Roman and asked him to come to serve in Phuket. At first Roman laughed and pointed out that he was not ordained as a priest, but Father Oleg assured him it was no obstacle.

“‘That’s ok,’ he said. ‘We’ll apply to the Patriarchy, you will enter a distance course in Seminaria and that’s it,’” Roman says. That’s how Kseniya and Roman got to Phuket. 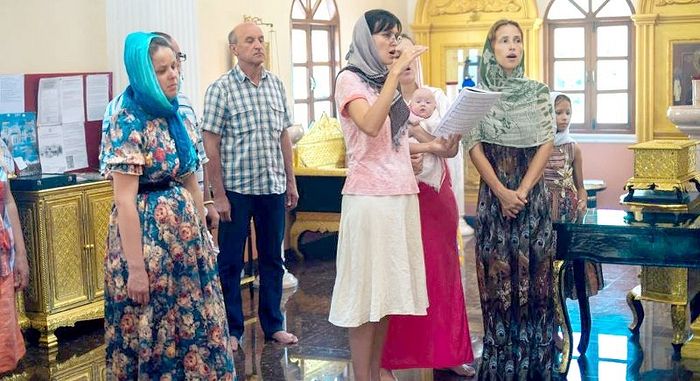 “Everything is difficult. It is hard to wake early for a prayer, hard to stay in constant contact with people, hard to find time for everybody,” he muses.

This openness is what many church-goers note when asked about Roman. People expect a moralitypreaching priest shrouded in dourness, and are surprised with how far their expectations were from reality. Mother Kseniya says that living and working in Phuket has been a positive experience mainly due to Roman’s vitality.

“In a sense it is easier to be a priest here for a reason that maybe only few church-goers understand. The people we meet here in the church are mostly young, and the Father doesn’t have to align with stereotypes of the elderly,” she says.

Kseniya admits that the most difficult thing for her was to adapt to local living after her life in a big city and the increase in physical labour.

“But now we don’t belong to ourselves,” she concludes, alluding that Roman and Kseniya now belong to the community of their believers.

When asked where their home is now Father Roman is pensive, “Home is where someone wait for you.” Having said this, he stands up, he bids his farewell and goes for the vesper service that is awaiting him. This makes his answer absolutely clear. 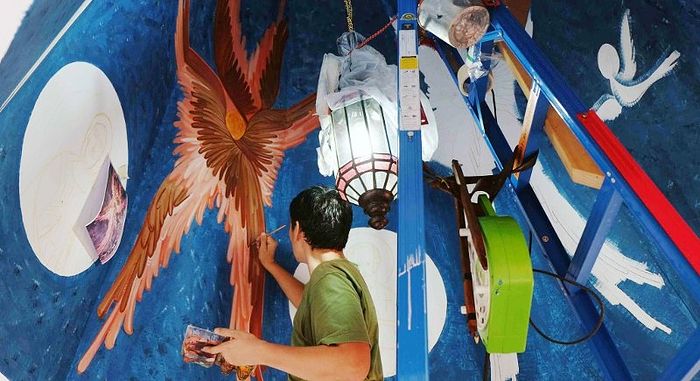 Thailand to help restore King Rama V’s gifts to Nicholas II - Thai PM
The restored gifts will feature in an exhibition in Russia and Thailand.Facebook A new Orthodox church consecrated in Thailand
The Church of the Holy Royal Martyrs has been built in the town of Hua Hin, 200 kilometres (124.3 miles) from Bangkok, not far from the Klai Kangwon palace – the Thai summer royal residence.
Comments
×