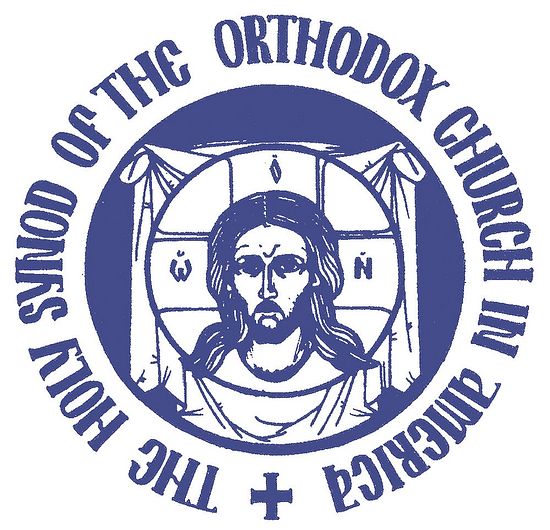 On June 16, 2016, the Holy Synod of Bishops of the Orthodox Church in America approved a statement entitled “Sincerely Held Religious Beliefs Regarding Marriage.” The purpose of that statement was to articulate the basic and fundamental beliefs of the Orthodox Church in America regarding marriage and to do so in terms which could be understood and applied by federal, state, and local governmental officials without the necessity of any probing inquiry or interpretation which might require them to transgress limitations imposed on them by the First Amendment to the United States Constitution and by related federal or state legislation such as the Religious Freedom Restoration Act of 1993. The document is descriptive of marriage in the Orthodox understanding and also establishes guidelines regarding the usage of church property in related respects.

The text of the document is given below:

The Orthodox Church in America teaches and maintains as a sincerely held religious belief that God has established marriage as a lifelong, exclusive relationship between one man and one woman, and that all intimate sexual activity outside the marriage relationship, whether heterosexual, homosexual, or otherwise, is immoral, and therefore sin (Genesis 2:24-25; Exodus 20:14, 17, 22:19; Leviticus 18:22-23, 20:13, 15-16; Matthew 19:4-6, 9; Romans 1:18-31; I Corinthians 6:9-10, 15-20; I Timothy 1:8-11; Jude 7). This principle undergirds the teaching of the Holy Synod of the Orthodox Church in America that Marriage is the most perfect realization of love between a man and a woman in which two become one and in which love unites in such a way that two lives become one life in perfect harmony. We believe that God created the human race male and female and that all conduct with the intent to adopt a gender other than one’s birth gender is immoral and therefore sin (Genesis 1:27; Deuteronomy 22:5). Marriage can only be between two people whose birth sex is male and female. The Orthodox Church’s marriage service specifically states, “Establish them in the holy union which is from Thee. For in the beginning Thou didst make them male and female, and by Thee the woman is joined unto the man as a helper and for the procreation of the human race.” Again the service states explicitly, “For by Thee is the husband joined unto the wife. Unite them in one mind; wed them into one flesh, granting to them of the fruit of the body, and the procreation of fair children.”

The Holy Synod of the Orthodox Church in America upholds and reaffirms such statements such as the July 2, 2013 Synodal Affirmation of Marriage; the July, 1992 Synodal Affirmations on Marriage, Family Life, Sexuality, and the Sanctity of Life; and other such statements and pastoral letters including the June 28, 2015 Statement on US Supreme Court Decision by His Beatitude Metropolitan Tikhon.

The following is an example of a statement that will be adopted by each diocese, parish, institution and monastery of the Orthodox Church in America. The Diocesan Hierarch can adjust the statement in conjunction with the considered needs and circumstances. Deciding to Enter into Marriage
The Grammar of Family Life, Part 1
Archpriest Pavel Gumerov
The first conversation in the cycle is devoted to problems that young men and women ask themselves as they consider marriage: what is the purpose of marriage from the point of view of a Christian, how to choose a partner in life, whether to blindly succumb to the feeling of infatuation, whether they should necessarily get married, and whether marriage with the heterodox and others is possible for an Orthodox Christian. Married Life and Asceticism
Deacon Pavel Serzhantov
It all began with our forefathers, Adam and Eve. They received a commandment in paradise not to taste of the tree of the knowledge of good and evil (cf. 2:17). The commandment not to “taste of this or that” is quite well known to any Orthodox Christian. This is the commandment to fast—the most ancient, beginning factor of family life.
Comments
×