Holy and Great Council: Autonomy and the Means by Which it is Proclaimed 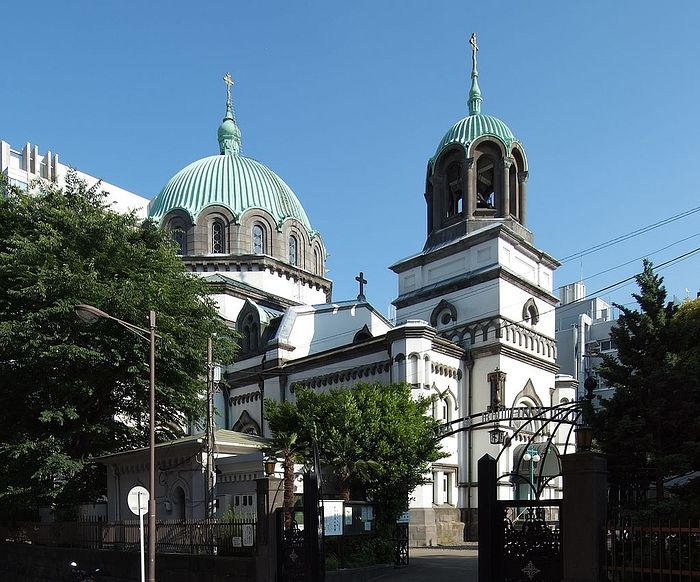 The Holy and Great Council of the Orthodox Church concerned itself with the matter of Autonomy and the Means by Which it is Proclaimed. Therefore, the respective document, which was submitted by the Fifth Pre-Conciliar Pan-Orthodox Conference (Chambésy, October 10-17, 2009) was discussed and was approved with some minor amendments as follows:

† Ieronymos of Athens and All Greece

† Sawa of Warsaw and All Poland

† Anastasios of Tirana, Durres and All Albania

† Rastislav of Presov, the Czech Lands and Slovakia

Delegation of the Ecumenical Patriarchate

† Leo of Karelia and All Finland

† Stephanos of Tallinn and All Estonia

† Iakovos of the Princes’ Islands

† Nikitas of the Dardanelles

† Antony of Hierapolis, Head of the Ukrainian Orthodox in the USA

† Jean of Charioupolis, Head of the Patriarchal Exarchate for Orthodox Parishes of the Russian Tradition in Western Europe

† Gregory of Nyssa, Head of the Carpatho-Russian Orthodox in the USA

Delegation of the Patriarchate of Alexandria

† Seraphim of Zimbabwe and Angola

† Damaskinos of Johannesburg and Pretoria

† Panteleimon of Brazzaville and Gabon

† Innokentios of Burudi and Rwanda

† Neofytos of Nyeri and Mount Kenya

Delegation of the Patriarchate of Jerusalem

Delegation of the Church of Serbia

† Jovan of Ohrid and Skopje

† Amfilohije of Montenegro and the Littoral

† Porfirije of Zagreb and Ljubljana

† Hrizostom of Zvornik and Tuzla

† Athanasios of Bihac and Petrovac

† Joanikije of Niksic and Budimlje

† Irinej in Australia and New Zealand

† Andrej in Austria and Switzerland

† Sergije of Frankfurt and in Germany

Delegation of the Church of Romania

† Teofan of Iasi, Moldova and Bucovina

† Laurentiu of Sibiu and Transylvania

† Irineu of Craiova and Oltenia

† Ioan of Timisoara and Banat

† Iosif in Western and Southern Europe

† Serafim in Germany and Central Europe

† Ioachim of Roman and Bacau

† Nicodim of Strehaia and Severin

† Timotei in Spain and Portugal

† Emilian Lovisteanul, Assistant Bishop to the Archdiocese of Ramnic

† Ioan Casian of Vicina, Assistant Bishop to the Romanian Orthodox Archdiocese of the Americas

Delegation of the Church of Cyprus

† Vasileios of Constantia and Ammochostos

† Nikiphoros of Kykkos and Tillyria

† Isaias of Tamassos and Oreini

† Barnabas of Tremithousa and Lefkara

Delegation of the Church of Greece

† Prokopios of Philippi, Neapolis and Thassos

† Alexandros of Mantineia and Kynouria

† Hierotheos of Nafpaktos and Aghios Vlasios

† Eusebios of Samos and Ikaria

† Ignatios of Demetrias and Almyros

† Ephraim of Hydra, Spetses and Aegina

† Theologos of Serres and Nigrita

† Barnabas of Neapolis and Stavroupolis

† Ioannis of Lagkada, Litis and Rentinis

† Gabriel of New Ionia and Philadelphia

† Chrysostomos of Nikopolis and Preveza

Delegation of the Church of Poland

† Simon of Lodz and Poznan

† Abel of Lublin and Chelm

† Jacob of Bialystok and Gdansk

Delegation of the Church of Albania

† Nikolla of Apollonia and Fier

Delegation of the Church of the Czech lands and Slovakia Holy and Great Council: The Importance of Fasting and Its Observance Today

Holy and Great Council: The Importance of Fasting and Its Observance Today
Fasting is a divine commandment (Gen 2:16-17). According to Basil the Great, fasting is as old as humanity itself; it was prescribed in paradise. It is a great spiritual endeavor and the foremost expression of the Orthodox ascetic ideal. The Orthodox Church, in strict conformity with the apostolic precepts, the synodal canons, and the patristic tradition as a whole, has always proclaimed the great significance of fasting for our spiritual life and salvation. Encyclical of the Holy and Great Council of the Orthodox Church

Encyclical of the Holy and Great Council of the Orthodox Church
The one, holy, catholic and apostolic Church is a divine-human communion in the image of the Holy Trinity, a foretaste and experience of the eschaton in the holy Eucharist and a revelation of the glory of the things to come, and, as a continuing Pentecost, she is a prophetic voice in this world that cannot be silenced, the presence and witness of God’s Kingdom “that has come with power” (cf. Mark 9.1). The Church, as the body of Christ, “gathers” the world (Matt 23.37) to Him, transfigures it and irrigates it with “the water welling up to eternal life” (John 4.14). Message of the Holy and Great Council of the Orthodox Church

Message of the Holy and Great Council of the Orthodox Church
To God, "the Father of mercies and all comfort," we address a hymn of thanksgiving and praise for having enabled us to gather during the week of Pentecost (18-26 June 2016) on Crete, where the Apostle Paul and his disciple Titus preached the Gospel in the early years of the life of the Church. We give thanks to the Triune God who was well pleased that in one accord we should bring to a conclusion the work of the Holy and Great Council that was convoked by His All Holiness Ecumenical Patriarch. Bartholomew by the common will of their Beatitudes the Primates of the local Orthodox Autocephalous Churches.
Comments

Anthony6/29/2016 10:21 pm
Why is this still being called the 'Holy' and 'Great' Council when it is neither. Either refer to it in inverted commas or use its real title - the Robber Council. Thanks.
×