A short biography of Elder Joseph of Vatopaidi:

Elder Joseph, insignificant according to the world, was born in Drousia, a small village in the district of Paphos on the island of Saints [Cyprus], on July 1st 1921. His mother Evgenia gave birth to her little child when she was seven months pregnant at the Monastery of the Holy Unmerceneries in Giolou on the feastday of these Saints. The mother thought the child had died, yet he lived. The infant received the name Socrates upon being baptized. 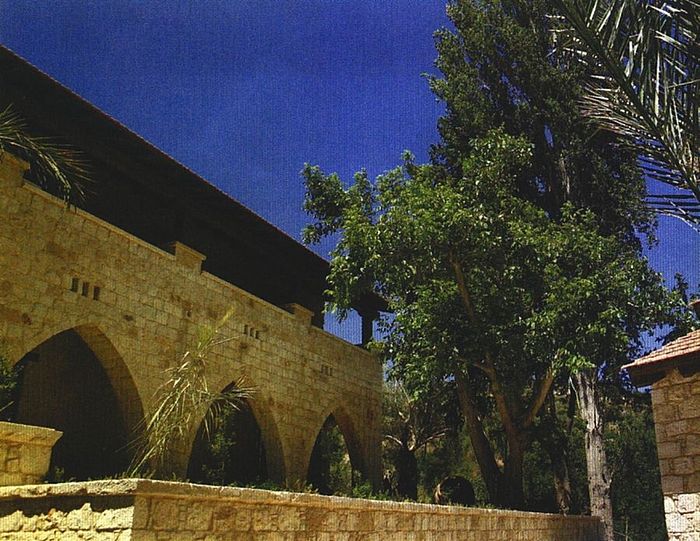 Little Socrates was closely raised by his peasant parents living from a young age the hard life. When he succeeded in finishing the fourth grade of Elementary School, he was needed to do field work. Until he was fifteen years old he remained in his village. 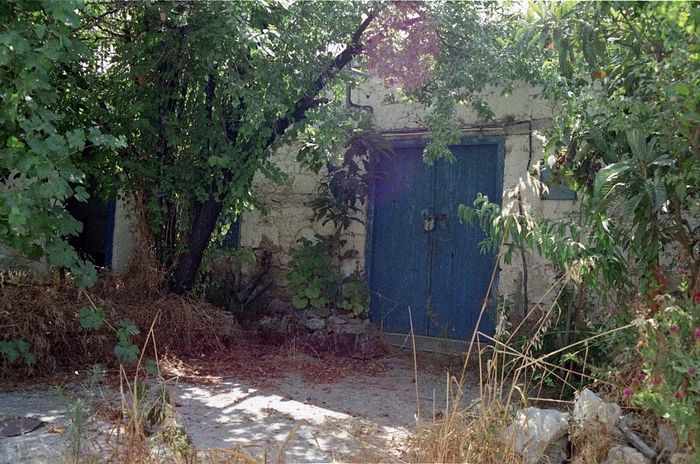 
In 1936 he followed a divine calling and entered the Sacred Monastery of Stavrovouni with the blessing of his parents. There he was tonsured a rasophoros monk and given the name Sophronios. He lived ten years in the monastery and with the urging and blessing of Elder Kyprianos, spiritual father of the monastery, he departed for the Holy Mountain after a brief visit to the Holy Land. 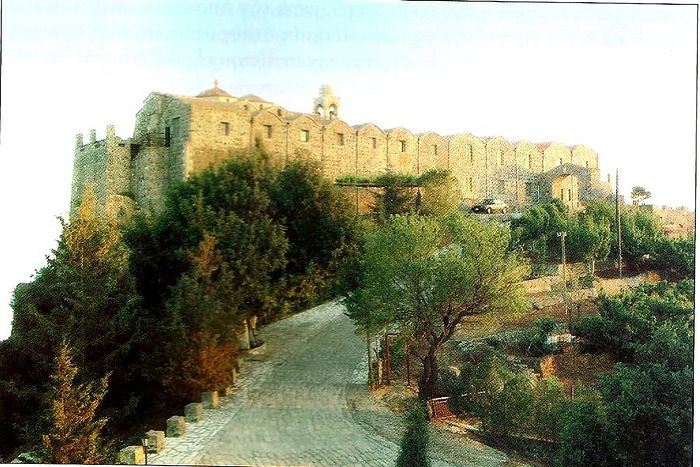 In the beginning of 1947 he entered the Skete of Saint Anna with certain compatriots who were living the monastic life there, but in the summer of the same year he met with the blessed Elder Joseph the Hesychast. Monk Sophronios understood the spirituality and holiness of Elder Joseph the Hesychast and requested to become his novice. The blessed Elder in the beginning denied his request, but after he received a “notice”, he allowed him into his brotherhood. 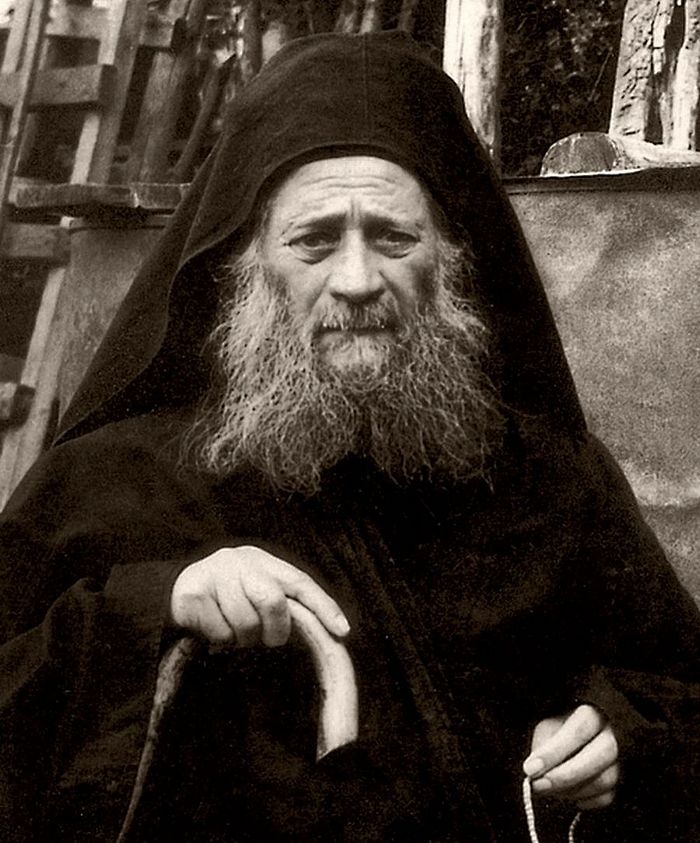 There in the kalyva of the Precious Forerunner of Saint Anna’s he was tonsured with the Great Schema and received the name Joseph on the Saturday of Lazarus (April 11/24) in 1948. In 1951 the brotherhood moved to the hesychastic cells of New Skete near Pyrgos. The blessed Elder Joseph the Hesychast fell asleep in holiness on the day of the Dormition of the Theotokos in 1959. Our ever-memorable Elder Joseph satisfied the deepest desires of his soul near the great Elder Joseph. 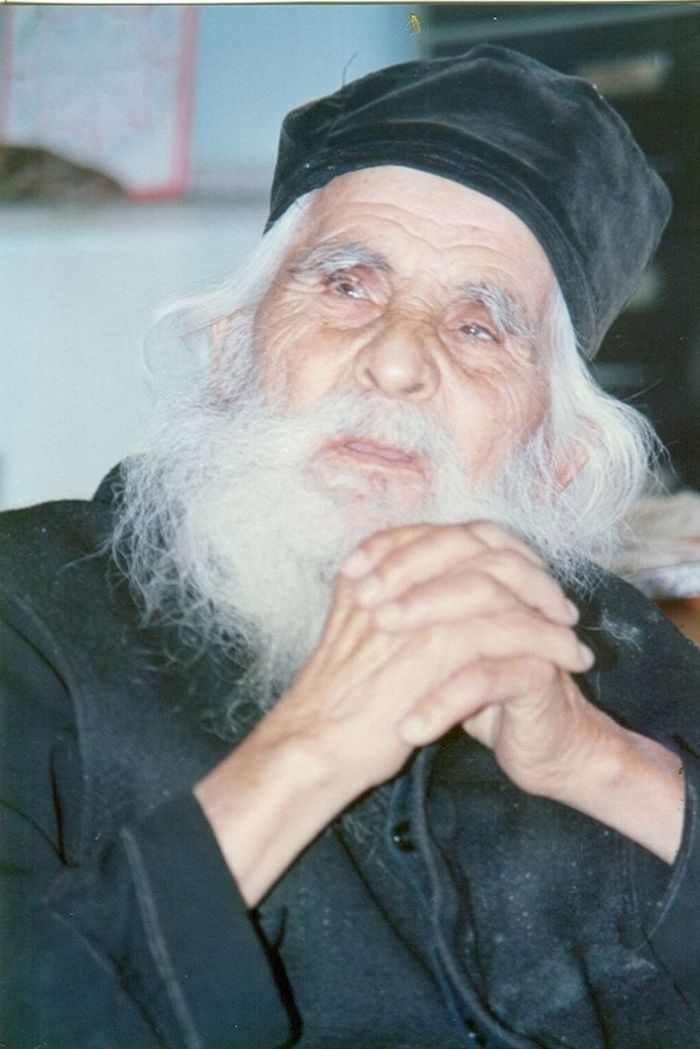 
Elder Joseph lived co-ascetically with Fr. Theophylaktos in the cell of the Holy Unmerceneries of New Skete from 1951 until 1959. Afterwards they moved to the abandoned section of New Skete where he built with his own hands a wooden kalyva where he lived in asceticism another eight years; and in 1967 he moved to the neighboring kalyva of the Annunciation of the Theotokos from which his spiritual brother Elder Ephraim (who became abbot of the Sacred Monastery of Philotheou) along with his brotherhood departed to live in the cell of Saint Artemios in Provata. 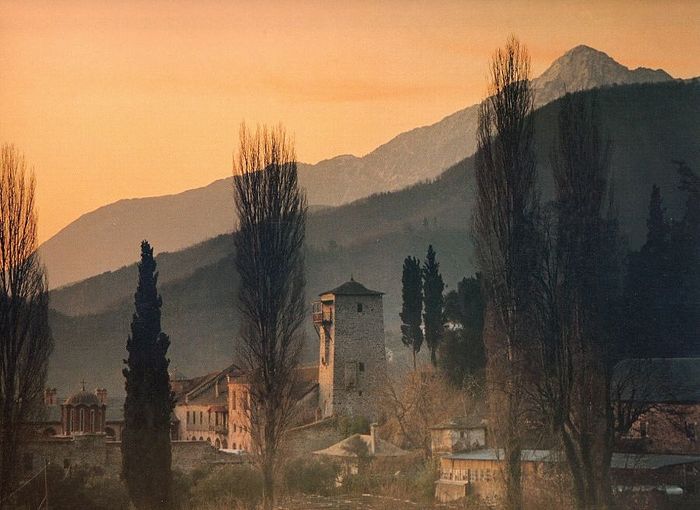 
At the invitation of Ecumenical Patriarch Demetrios and the exhortation of the fathers of the Sacred Monastery of Koutloumousiou Elder Joseph left New Skete in 1975 and became spiritual father of the monastery until 1977. 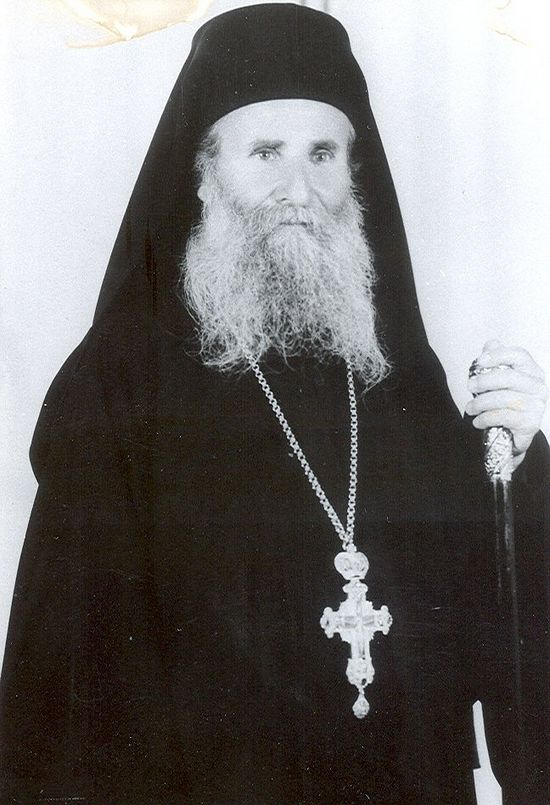 
After receiving advice from the blessed Elder Paisios he moved to Cyprus and lived in the Sacred Monastery of the Precious Cross in Minthis. On March 25, 1978 he was enthroned as abbot. There he gathered into his brotherhood the now Metropolitan of Limassol Athanasios and the Abbot of Vatopaidi Monastery Elder Ephraim. 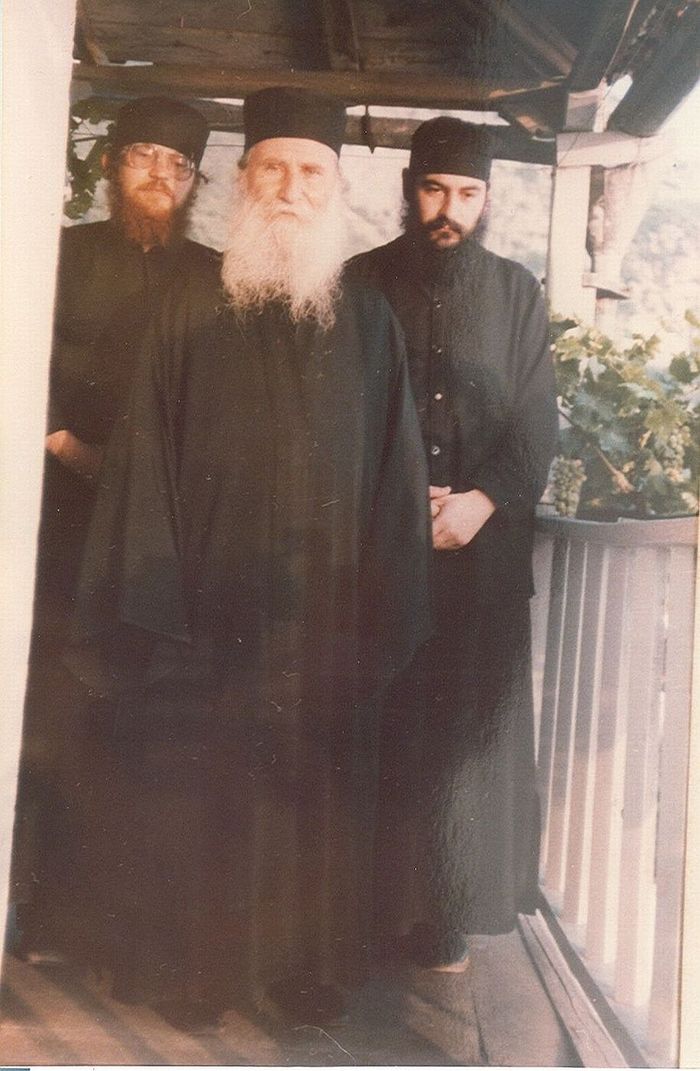 Elder Joseph of Vatopaidi, the now Metropolitan of Limassol Athanasios and the Abbot of Monastery Vatopaidi Elder Ephraim. 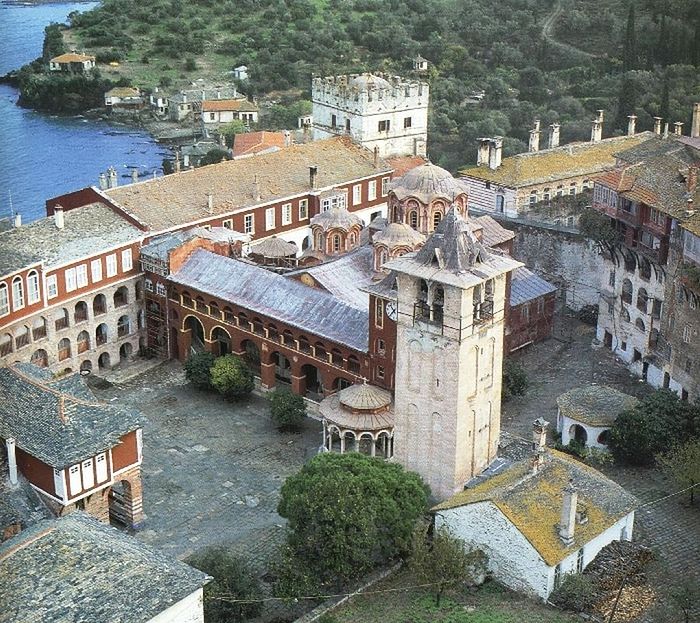 
In October of 1989 the Ecumenical Patriarchate decided to move the entire brotherhood to the monastery to receive its governance. On April 16/29, 1990 the creation of the coenobium took place as well as the choosing and enthronement of the first abbot of the coenobium, Archimandrite Ephraim. Elder Joseph was and remained the spiritual father of Vatopaidi Monastery until his falling asleep, which occurred on July 1, 2009. 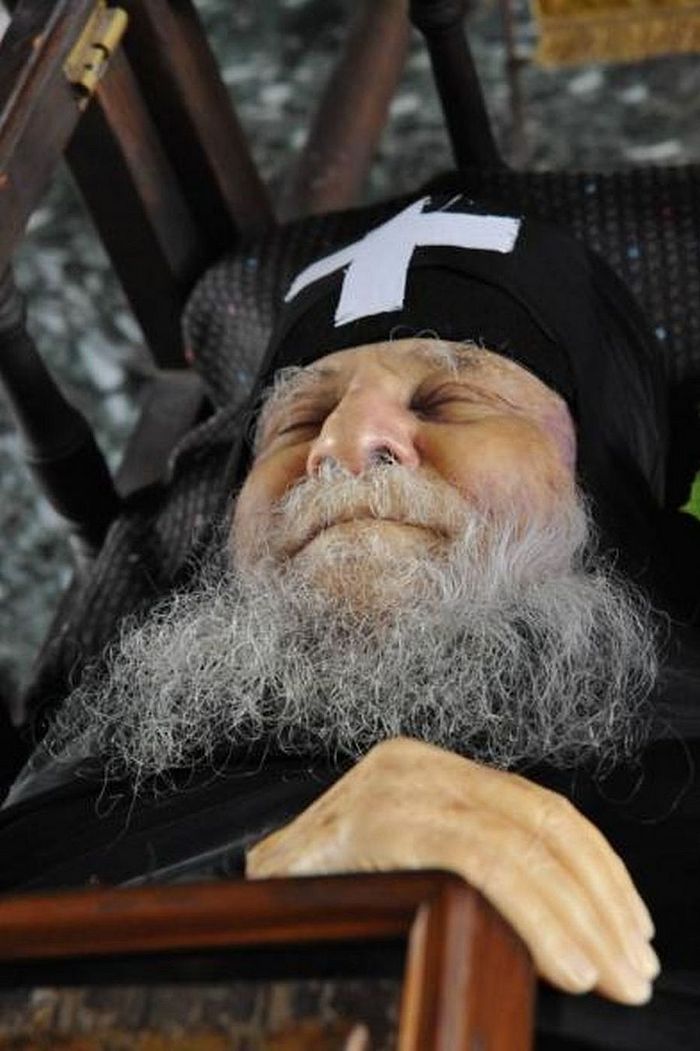 Elder Joseph continued the spiritual work which he received from his Elder, and lived as a hesychast till the end of his life. He sought obscurity. He did not seek worldly praise or glory. He endured humbly, meekly and without grumbling all scorn, contempt, disgrace, criticism and slander. He had “compassionate pity” and his heart received and forgave all, because he gave room within himself for Christ.

In his sixteen books, which he left us as a spiritual inheritance, he wrote on and interpreted issues relating to “praxis and theoria”. He tried to lead monks and laity to Christ and inspired them in the “good fight”. He especially emphasized the infinite ocean of God’s love and compassion for mankind, who receives the repentant and returning sinner. He uncovered the dangers and deceptions of the eternal enemy of mankind, the devil, especially hitting on the discouragement which in our days comes from him. He spoke with passion about the promises of God, about sonship and deification which those of “sure faith” desire from this present life, but the fullness of which will be given in eternity. 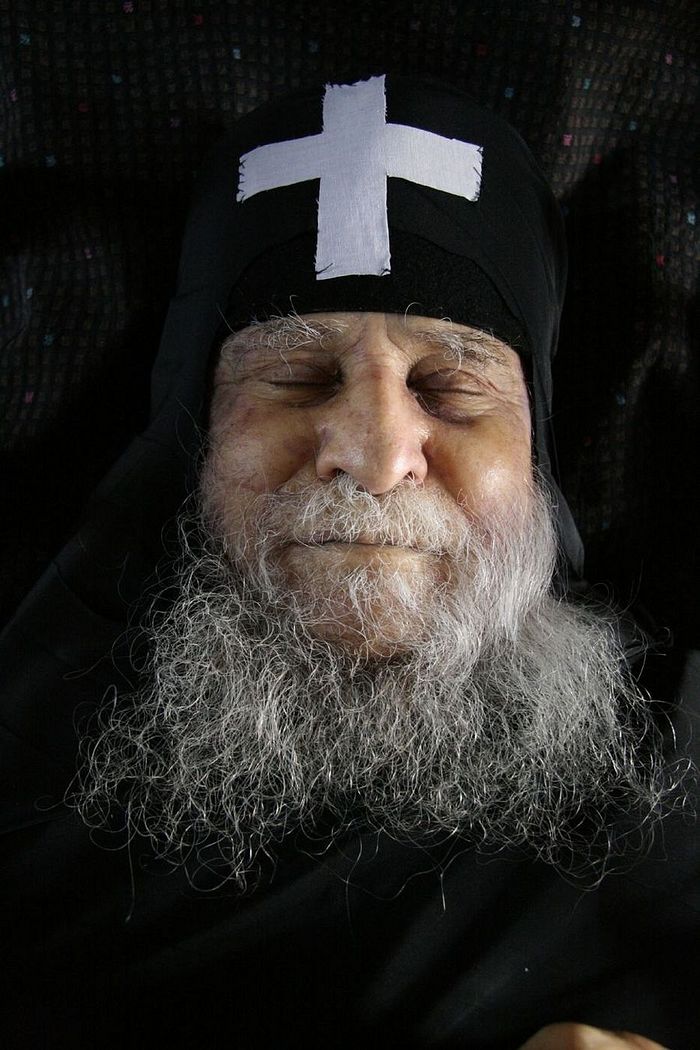 Of these heavenly goods, of which the Apostle Paul says: Eye has not seen, nor ear heard, nor have entered into the heart of man the things which God has prepared for those who love Him (2 Cor. 2:9), we have the assurance that the blessed Elder is now a recepient.

Archimandrite Chrysostomos Papadakis speaks about his acquaintanceship with Elder Joseph of Vatopaidi and the benefit he was able to feel from his spiritual state and teaching: On sudden death
Archimandrite Ephraim of Vatopedi
Nowadays when science and technology are flying, when cultures converge and there is a crisis in values, even the word ‘death’ is avoided and anything reminiscent of it is ignored and discarded. Modern man views death as something negative and as a loss; we usually say for the departed: ‘We’ve lost him’. Whoever does not have the proper knowledge about this issue of death, he is trying to ignore it. Thus he lives an essentially neurotic life, drained of its true meaning. St. Maximos of Vatopaidi
An Indomitable Herald of Patristic Tradition

St. Maximos of Vatopaidi
An Indomitable Herald of Patristic Tradition
Archimandrite Ephraim of Vatopedi
We pray that our All-Good Triune God, who “worketh hitherto,” might ever send forth worthy and holy workers, like the great and tireless Saint Maximos, to His vineyard, for the salvation of all. We also pray that God, through the intercessions of this our holy Father, grant His Grace for the preservation of unity of Faith and bonds of love in our One, Holy, Catholic and Apostolic Church of Christ.

The 40 Martyrs of Sebaste: Confession through martyrdom
Elder Joseph of Vatopaidi
What were they "suffering at present" from? They were tortured with whatever the devil threw at them, since he is always generating ways to prevent the devout from getting on with their business. He begins with minor internal or external annoyances and reaches even the highest of all evil, death.
Comments

Beloved of saint mary5/30/2020 5:48 pm
May the prayers of our holy father be with us in the this world and the coming one

Anthony7/2/2016 4:06 pm
This article should have also mentioned Geronda's clairvoyance. You can look up his prophecies on Youtube, and listen to him talking about what is going to take place in the coming years vis-a-vis Russia, Turkey, Greece and WW3. Frightening what awaits our nation.
×