An English Orthodox priest on Brexit and its possible consequences

The editors of Pravoslavie.ru website have asked Archpriest Andrew Phillips, Rector of the Church of St. John of Shanghai in Colchester (England), to share his views on what is going on in England after the Brexit referendum. 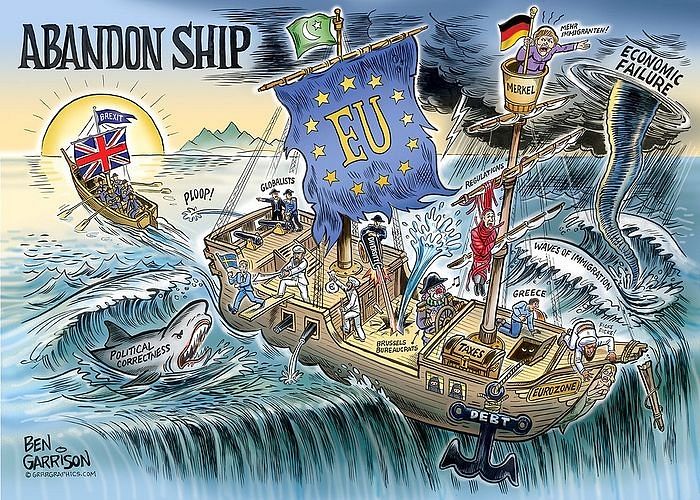 —Fr. Andrew, what is going on in England at the moment? What results did the British Government expect and why?

—In order to get elected in 2015, the ever less popular Mr. Cameron had to promise a referendum on the ever less popular EU. When he got elected with a surprising majority, he was not worried because, as an elitist quite out of contact with ordinary people and very confident of his own abilities, he was certain that he would win such a referendum. As we now know, he lost, through overestimating his own abilities and totally misjudging the mood of the people, whom he does not know.

There were two fundamental reasons why a majority voted to leave. Most simply want to take back control of their own country, to regain the sovereignty lost since 1973. However, others are very afraid of immigration, not so much of that of Eastern Europeans, but more of Muslims, from the chaos that has been caused ever since the Western invasion of Afghanistan and Iraq and now reigns in Syria, Afghanistan, North Africa and Turkey. Totally dissatisfied with the minimal package negotiated by Mr. Cameron with the equally arrogant and out of contact EU elite, the people voted leave.

—What does it mean as to the relations with the EU?

—At the present time the Western elite is trying to deny the result, saying that the referendum has no legal force. If, however, John Kerry, now in Brussels, and the unelected EU elite cannot control the situation through diplomatic manoeuvring, then the English example (and it is above all English, since the Scots and the Northern Irish voted to remain) could infect other countries.

There are great numbers in most European countries who also want to leave. We have in recent days of heard of Dexit (Denmark), Nexit (the Netherlands), Frexit (France) etc. The governing elites there are at the current time in a state of panic. What if the English desire for freedom should infect others? They are with all their strength rejecting referenda in their own countries – they are very scared of the voice of the people. This makes it seem that the EU is indeed a dictatorship.

—Could it have some effect on relations with Russia?

—The U.S. is also panicking, which is why Obama ordered the British people to vote to remain in the EU and why John Kerry has now been sent to Brussels. For if the EU collapses and European people are able to express their feelings, they could even start rejecting the illegal U.S. sanctions against Russia imposed, allegedly, because of the Crimea. Let us not forget that the sanctions were imposed after the people of the Crimea democratically chose to rejoin Russia by referendum. That seems to be the main sin – democracy by referendum.

—May it have consequences for Orthodoxy in the UK and Christianity in general?

—It is difficult to say if this will help Orthodoxy or Christianity in general. What it does do, as Obama has himself admitted, is that it slows down EU integration. For many of us this means that it slows down the whole process of One World Government, the reign of Antichrist from Jerusalem. 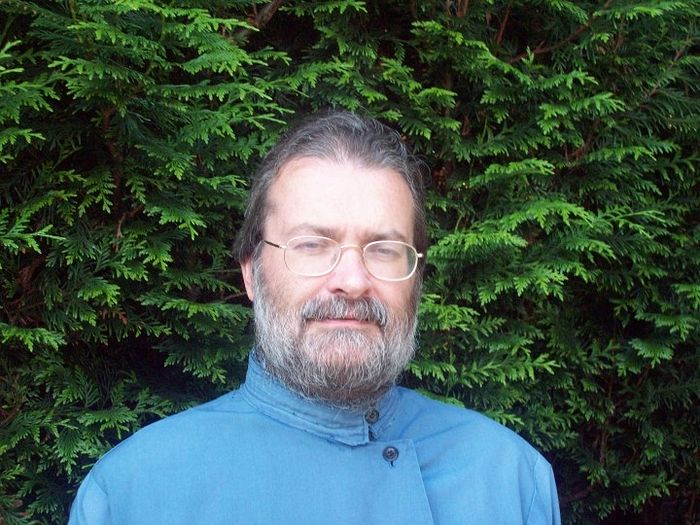 —What is your own opinion on Brexit?

—Personally, I am for Brexit, but then I voted for Brexit in 1975 and have always opposed the EU, whatever form it has taken. I see the EU as a dictatorship, an anti-democratic step against freedom, against the peoples of Europe and towards One World Government. I think we need a loose Confederation of Europe of Sovereign Nations, friendly, co-operating but free, such as Russia is building with China, India, Pakistan and so on.

One of the greatest disasters of the twentieth century was that the ideas of Nicholas II regarding the dismantling of a Prussian Germany following a Russian victory in 1917 were never implemented because of the interruption of Russian history by the internationalist Revolution. If the Tsar-Martyr’s ideas had been implemented (and remember how the Tsarina Alexandra had suffered at the destruction of her native Hesse by the Prussians), there would never have been a Third Reich, nor today the German Europe of the EU. There must be freedom and co-operation between nations at the same time, without the extremes of nationalism on the one hand or the destruction of national identity, as we see today, on the other. Our model is that of the Holy Trinity, unity in diversity.

—What is the view of your parishioners on the matter?

—There are various viewpoints, but I have noted that the inner core of parishioners of all nationalities seem to approve of Brexit. However, I think the question of Brexit has also worried all in one way or another. We must understand that great generational change is taking place as we pass through the centennial of World War I and Russian Revolution (1914-1918), 75 years since the Second World War (1939/41-45), 50 years since the social transformations of the 1960s and 25 years since the dissolution of the Soviet Union (1991).

Nobody likes change, because it creates turbulence and forces us to adapt or die. And yet, however inconvenient it may be, change is inevitable and can be positive. Today, this is particularly the case in the UK. Whether we like the change, because we have felt frustrated and powerless captives for 43 long years and so always been forward-looking, or whether we dislike the change, because we see it as negative and it makes us feel fear, insecurity and despair, we have to accept it. As the result of forgetting Christ, the UK, Europe, the USA and the whole world is being reshaped, whether we like it or not. What must we do?

Just as when we are in an aeroplane which is going through turbulence, people start praying, so now we must pray that the inevitable changes may be as positive and as painless as possible. And in the UK we should ask in particular for the prayers of the Saints of the Isles, so long forgotten. Unfortunately, we have to pay for past mistakes; everything comes at a price. Repentance for abandoning Christ and His values, so falling into lonely despair comes only with pain. Now is the time that tests our Faith. However, ‘In peace’ let us pray to the Lord. Is It Possible To Recognize The Antichrist?
Archbishop Averky (Taushev)

Is It Possible To Recognize The Antichrist?
Archbishop Averky (Taushev)
From the second chapter of St. Paul’s Second Epistle to the Thessalonians it is clear that the teaching about the Antichrist enters into the content of the earliest apostolic evangelization. After giving a description of the Antichrist in the third and fourth verses of that chapter, the holy Apostle writes further to the Thessalonians. “Do you not remember that when I was still with you, I told you this?” (1 Thess. 5:5) Anthony7/2/2016 4:13 pm
Brexit isn't going to happen as far as I'm concerned. Cameron promised to evoke Art. 50 of the Lisbon Treaty if the UK voted to leave, which they did. Now he has kicked that can into the long grass. I see the vested interests manufacturing a crisis of some sorts to retain control over the UK. There is too much at stake to ever see the banking elites let one of the most lucrative cash cows go its own way. There is no precedent of ever allowing democracy to prevail. However the upcoming ww3 will certainly bring about the winds of change across the globe.
×