REVEALED: The city where ISIS now occupies ALL churches as Christians face WIPE OUT 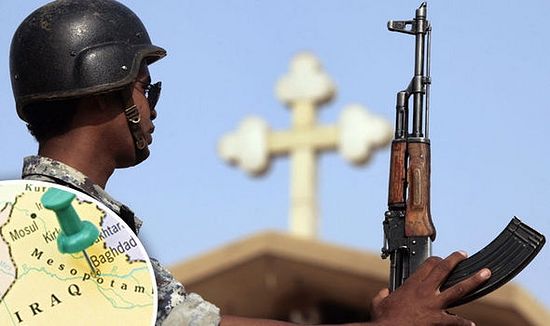 Large numbers of Iraq's ethnic and religious minorities have been murdered

Crazed jihadis have looted, destroyed, or occupied all 45 churches in the city of Mosul, while targeting scores more across the country.

Large numbers of Iraq's other ethnic and religious minorities have also been murdered, maimed or abducted, while unknown numbers of women and girls have been forced into marriage or sexual enslavement since the fall of Mosul to ISIS in June 2014.

The shocking reality for Christians living in Iraq was revealed in a report, No Way Home: Iraq's Minorities on the Verge of Disappearance.

It said there was a "large exodus of Christians" from Iraq immediately after the US invasion as community members were targeted for their religious differences as well as their perceived ties to the West.

Two successive wars in Iraq - the first by the British and Americans in 2003, and the second with ISIS a decade later - has seen the Christian population in Iraq tumble from 1.4million before 2003 to under 250,000 today.

The report describes the "sweeping scale of the destruction of houses, shrines and other institutions belonging to Christians", including dozens of houses that were blown up in Mosul by ISIS fanatics.

The charities add: "Since the fall of Mosul, ISIS has destroyed, occupied, converted to mosques, reused as ISIS headquarters or shuttered all Christian institutions in Mosul.

"All 45 churches and monasteries inside Mosul are reportedly now occupied by ISIS, who have looted, burned and destroyed property, in addition to removing the building's crosses."

Those Christians who have chosen to stay have been subjected to punitive taxes by ISIS. 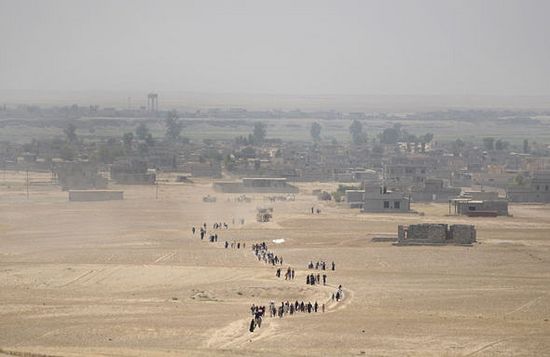 Christian women have also been targeted in heinous crimes including sexual assaults and the rape of girls as young as 12.

The charities which co-wrote the report include the Minority Rights Group International, the Unrepresented Nations and Peoples Organisation and Institute for International Law and Human Rights.

They say ISIS fighters prefer younger women and girls as they are symbols of virginity and purity. 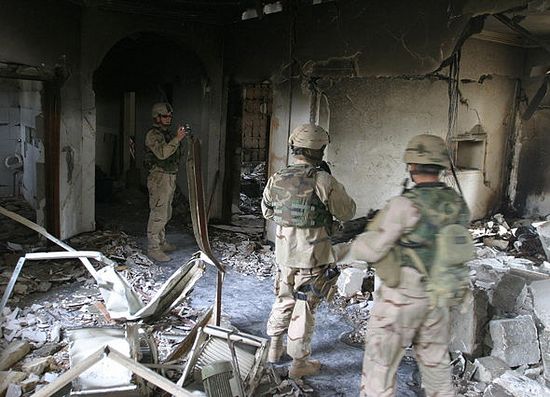 US soldiers in an Iraqi church

One Christian mother from Mosul who was interviewed for the study described being forced to 'marry' several ISIS militants who would rape and then 'divorce' her.

She said: "We tried to fight them off, but in vain. They had their fun, and then they did it again.

"I was raped four times, the other girl three. On their way out, the men divorced us.

"We were married and raped again. That night I was married to eight different men and divorced eight times. Each man raped me three or four times." 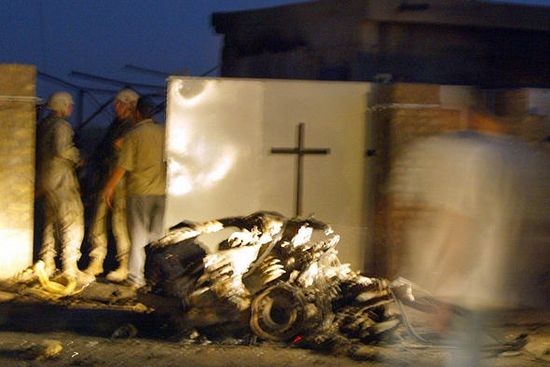 "The impact on minorities has been catastrophic. Saddam was terrible; the situation since is worse.

"Tens of thousands of religious and ethnic minorities have been killed and millions have fled for their lives."

Other minority religious and ethnic groups have also faced persecution.

Most of those belonging to the Yazidi and Kaka'i communities have been forced from their homes and are now living as refugees either inside Iraq or abroad.

Alison Smith, of No Peace Without Justice, added: "It's unthinkable that crimes of this magnitude and impact are being committed with total impunity.

"The Government of Iraq really needs to take urgent steps to provide redress to the victims - referring the situation to the International Criminal Court would be a good start." ISIS destroys Iraq's oldest Christian monastery, satellite photos confirm
St. Elijah's Monastery stood as a place of worship for 1,400 years, including most recently for U.S. troops. In earlier millennia, generations of monks tucked candles in the niches, prayed in the chapel, worshipped at the altar. Christian Population in Iraq in Danger of Being Eradicated in 5 Years
In the report titled "Persecuted and Forgotten," Aid to the Church in Need documents the persecution of Christians in Iraq from 2013 up to the present. The UK-based charity enumerates 10 countries in which Christians suffer the worst persecution and Iraq, Nigeria, Sudan, and Syria topped the list. The other countries in the list include China, Eritrea, Iran, Saudi Arabia, Pakistan, and North Korea, the report details. Nun pleads for Christians raped, sold, killed by ISIS
The Orthodox Christian nun feels it with each new atrocity committed against the Yazidi and Christian minorities of Syria and Iraq. She feels it in the church burnings across Egypt and the slaughter of innocent children in Pakistan.
Comments
×