By the waters of Babylon, there we sat down and wept, when we remembered Zion. On the willows there we hung up our lyres. For there our captors required of us songs, and our tormentors, mirth, saying, “Sing us one of the songs of Zion!” How shall we sing the LORD’s song in a foreign land? If I forget you, O Jerusalem, let my right hand wither! Let my tongue cleave to the roof of my mouth, if I do not remember you, if I do not set Jerusalem above my highest joy! 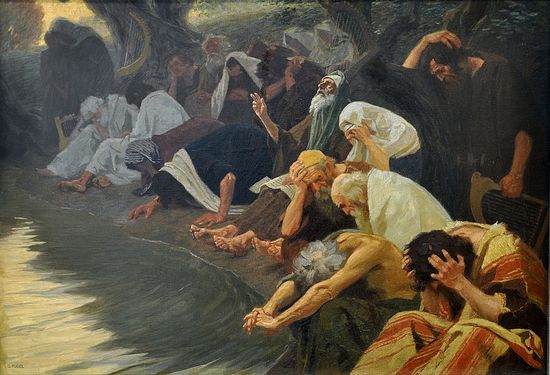 Through much of Orthodox Christian history, believers have been taught to pray the Psalms. Many have done so faithfully, and so frequently that some were noted for having memorized the Psalter. Such love for the Psalms was even at one point seen as a good sign in choosing a bishop – a man who so frequently prayed the Psalms that he had them memorized was thought to be a holy man and worthy of consideration for the episcopacy.

But the Psalms have also perplexed Christians through the centuries. For while they can be read for personal spiritual guidance and inspiration, for praising God, for discovering the mind of Christ, and for finding Christ in the Old Testament, the Psalms also contain verses whose sentiments cannot be easily reconciled with Christian morality. Psalm 137 above, a favorite of Christians for expressing lament and exile as we sojourn through this world, also contains verses of such vile violence that some will not read them. Even knowing that the literal interpretation was not the most common reading among ancient church luminaries, doesn’t always make it easy for the modern reader to apprehend how to pray some of these verses.

St. Methodius, Bishop of Patara, was martyred in 312 AD. He sees in Psalm 137 praise of the celibate and virginal life. With interpretations like his, it is easy to see why the monastics made Psalmody central to their meditative life. Indeed, virginity became the sign of godliness, holiness and purity for the monastic movement.

So for those who struggle with some of the verses of Psalm 137 and are not reconciled to the idea that the Pslam wants to dash sins not babies’ heads against the rocks, consider what St. Methodius found in Psalm 137. If you don’t like the violence advocated in the Psalm, can you see it as a praise of those who deny themselves in order to serve God? 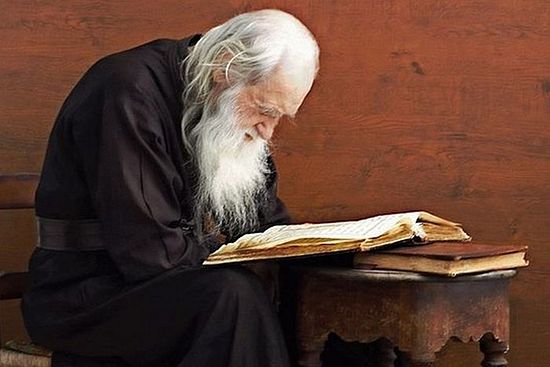 But not to pass away from our subject, come, let us take in our hands and examine this psalm, which the pure and stainless souls sing to God, saying:

By the rivers of Babylon there we sat down; yea, we wept, when we remembered Zion. We hanged our harps upon the willows in the midst thereof, clearly giving the name of harps to their bodies which they hung upon the branches of chastity, fastening them to the wood that they might not be snatched away and dragged along again by the stream of incontinence. For Babylon, which is interpreted “disturbance “or” confusion,” signifies this life around which the water flows, while we sit in the midst of which the water flows round us, as long as we are in the world, the rivers of evil always beating upon us. Wherefore, also, we are always fearful, and we groan and cry with weeping to God, that our harps may not be snatched off by the waves of pleasure, and slip down from the tree of chastity. For everywhere the divine writings take the willow as the type of chastity, because, when its flower is steeped in water, if it be drunk, it extinguishes whatever kindles sensual desires and passions within us, until it entirely renders barren, and makes every inclination to the begetting of children without effect, as also Homer indicated, for this reason calling the willows destructive of fruit. And in Isaiah the righteous are said to “spring up as willows by the water courses.” Surely, then, the shoot of virginity is raised to a great and glorious height, when the righteous, and he to whom it is given to preserve it and to cultivate it, bedewing it with wisdom, is watered by the gentlest streams of Christ. For as it is the nature of this tree to bud and grow through water, so it is the nature of virginity to blossom and grow to maturity when enriched by words, so that one can hang his body upon it.

If, then, the rivers of Babylon are the streams of voluptuousness, as wise men say, which confuse and disturb the soul, then the willows must be chastity, to which we may suspend and draw up the organs of lust which overbalance and weigh down the mind, so that they may not be borne down by the torrents of incontinence, and be drawn like worms to impurity and corruption. For God has bestowed upon us virginity as a most useful and a serviceable help towards incorruption, sending it as an ally to those who are contending for and longing after Zion, as the psalm shows, which is resplendent charity and the commandment respecting it, for Zion is interpreted “The commandment of the watchtower.” Now, let us here enumerate the points which follow. For why do the souls declare that they were asked by those who led them captive to sing the Lord’s song in a strange land? Surely because the Gospel teaches a holy and secret song, which sinners and adulterers sing to the Evil One. For they insult the commandments, accomplishing the will of the spirits of evil, and cast holy things to dogs, and pearls before swine, in the same manner as those of whom the prophet says with indignation, “They read the law without; ” for the Jews were not to read the law going forth out of the gates of Jerusalem or out of their houses; and for this reason the prophet blames them strongly, and cries that they were liable to condemnation, because, while they were transgressing the commandments, and acting impiously towards God, they were pretentiously reading the law, as if, forsooth, they were piously observing its precepts; but they did not receive it in their souls, holding it firmly with faith, but rejected it, denying it by their works. And hence they sing the Lord’s song in a strange land, explaining the law by distorting and degrading it, expecting a sensual kingdom, and setting their hopes on this alien world, which the Word says will pass away, where those who carry them captive entice them with pleasures, lying in wait to deceive them.

Now, those who sing the Gospel to senseless people seem to sing the Lord’s song in a strange land, of which Christ is not the husbandman; but those who have put on and shone in the most pure and bright, and unmingled and pious and becoming, ornament of virginity, and are found barren and unproductive of unsettled and grievous passions, do not sing the song in a strange land; because they are not borne thither by their hopes, nor do they stick fast in the lusts of their mortal bodies, nor do they take a low view of the meaning of the commandments, but well and nobly, with a lofty disposition, they have regard to the promises which are above, thirsting for heaven as a congenial abode, whence God, approving their dispositions, promises with an oath to give them choice honours, appointing and establishing them “above His chief joy; “for He says thus: “If I forget thee, O Jerusalem, let my right hand forget her cunning. If I do not remember thee, let my tongue cleave to the roof of my mouth; if I prefer not Jerusalem above my chief joy; “meaning by Jerusalem, as I said, these very undefiled and incorrupt souls, which, having with self-denial drawn in the pure draught of virginity with unpolluted lips, are “espoused to one husband,” to be presented “as a chaste virgin to Christ” in heaven, “having gotten the victory, striving for undefiled rewards.” Hence also the prophet Isaiah proclaims, saying, “Arise, shine, for thy light is come, and the glory of the Lord is risen upon thee.” Now these promises, it is evident to every one, will be fulfilled after the resurrection. For the Holy Spirit does not speak of that well-known town in Judea; but truly of that heavenly city, the blessed Jerusalem, which He declares to be the assembly of the souls which God plainly promises to place first, “above His chief joy,” in the new dispensation, settling those who are clothed in the most white robe of virginity in the pure dwelling of unapproachable light; because they had it not in mind to put off their wedding garment-that is, to relax their minds by wandering thoughts.1 When You Need Comfort, Go Read a Psalm
Fr. Stavros Akrotirianakis
Many of the Psalms are beautiful prayers. And they are used extensively in the hymns and prayers of our services, not only the Psalm Readings. In fact, the only book of the Bible that finds its way into ALL of our services is the book of Psalms. On the Value of the Psalms
St. Basil the Great

On the Value of the Psalms
From St. Basil’s homily on Psalm 1
St. Basil the Great
Therefore, He devised for us these harmonious melodies of the psalms, that they who are children in age, or even those who are youthful in disposition, might to all appearances chant, but in reality, become trained in soul.
Comments
×