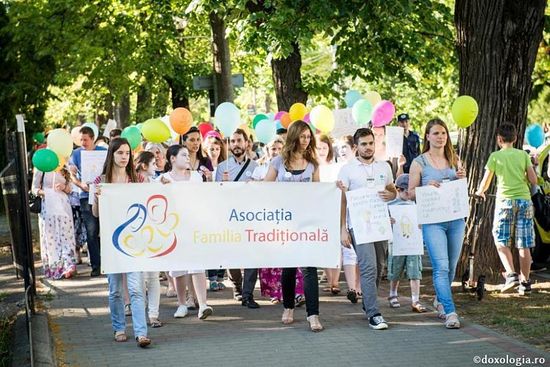 Wednesday, 20 July 2016, the Constitutional Court of Romania approved the legislative proposal on the revision of the Constitution initiated by the Coalition for Family asking that the fundamental law should clearly mention the fact that family is based on the freely consented marriage between a man and a woman –www.doxologia.ro website informs.

“In Romania, the right to marriage is not constitutionally stipulated as a basic right. The European legislation in this regard provides a certain largeness of the states, giving a margin of suzerainty to declare if they admit or not the marriage between couples of the same sex. The concept of family life is also not infringed upon, because this one is much larger than the field of marriage, including relationship with children, relatives, defining their duties, and kinship associations. Neither from this point of view there is any infringement noticed. Given all these reasons we learned that the constitutional provisions stipulated by articles 150 and 152 are complied with, so that the proposal can follow its course”, Valer Dorneanu, president of the Constitutional Court said.

At the end of November 2015, the Official Bulletin published the bill proposing to change the present article 48, paragraph 1, of the Constitution in order to use the following formulation: “Family is based on the freely consented marriage between a man and a woman, on their equal status as well as on the right and duty of the parents to provide their children’s growing up, education, and training”.

The legislative proposal was signed by three million Romanians in order to explicitly protect the family and the parents’ rights. Romanian Patriarchate calls on Lower House to reject legislative proposal on civil partnership
According to the cited source, “ever since the oldest times, the Romanian people have cultivated the legacy of utmost respect towards the family, called the Church at Home, being satisfied that this is instituted and blessed by God.”
Comments