Congressional Recognition of Canonization of St. Herman of Alaska

Proceedings and Debates of the 91st Congress, Second Session

Mr. STEVENS. Mr. President, this year marks the 175th anniversary of the Russian Orthodox Church in Amer­ica. The culminating event will be the canonization of Father Herman of Spruce Island, Alaska. Father Herman, I am informed, will be the first saint of any church ever to be canonized in the United States.

Нis canonization is especially signifi­cant because it illustrates the long and deep-seated adherence to the Orthodox Church in America of Aleut Natives of the Alaska Peninsula, Kodiak, and the Aleutian Islands. Also, the Tlingit Indians in southern Alaska, most not­ably around Sitka where St. Michael's Cathedral was built in 1816, have a long-established relationship with the Orthodox Church

Father Herman was a member of the first Russian mission ever to work outside his own country. During a time when fellow Russian adventurers, trap­pers, and merchants were exploiting resources and enslaving the Aleuts, Father Herman befriended and pro­tected the Natives at the risk of his own freedom 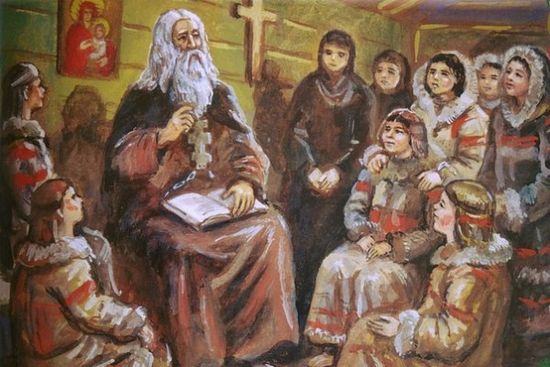 It is very difficult to research the history surrounding Father Herman because much of what was written about him was written in Aleut or Russian. However, my staff has had the good fortune to work with an ex­pert, Mr. Charles Whittier from our own Library of Congress, on the his­tory of the Russian Orthodox Church, as it was then called, who has com­piled a salutory brief biography on Father Herman. I ask unanimous con­sent that Father Herman's biographical information prepared by Mr. Whittier be printed In the RECORD following my remarks.

On Sunday, August 9, 1970, the final rites of canonization for Father Her­man will be held at the historic Rus­sian Orthodox Church of the Resur­rection at Kodiak, Alaska. The rites will be conducted by His Eminence, the Most Reverend Ireney, Archbishop of New York, Metropolitan of the Or­thodox Church of America and His Grace the Right Reverend Theodosius of the Sitka Diocese.

Mr. President, the saintly benevo­lence Father Herman characterized to Alaska's Aleut people, beginning 175 years ago, yielded a lasting faith in his church that has not diminished today.

There being no objection, the bi­ography was ordered to be printed in the RECORD, as follows: 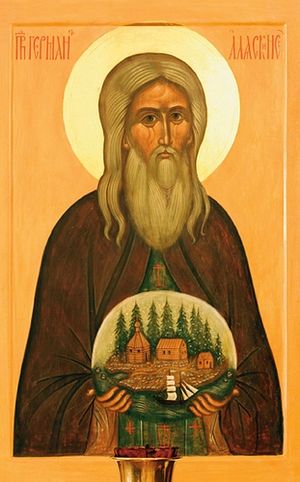 Born in 1754 somewhere near Moscow, Fr. Herman (whose very name is unknown before he entered the monastic life) was received by the great Troitski-Sergievsky Monastery[1] at the age of 16. Later he lived in seclusion in the wilderness near Lake Ladoga. Finally he entered the venerable Valaam Monastery on the Holy Island of Valaam in Lake Ladoga. His dedication to the Virgin and his life of prayer were early noted: an area called “Hermanova” was so designated because to it he would retire in solitary devotions. In 1793 he was among those who volunteered to form the Alaskan Mission, the first mission of the Russian Church outside Russia.

The mission (8 monks and deacons), headed by the Archimandrite Joseph (who was later drowned) landed at St. Paul’s Harbor, Kodiak, in September of 1794. Within a year, over 7,000 native Americans had been baptized, mostly Aleuts. Conflicts developed with the Russian-American Trading Company, headed by Alexander Baranov, over the treatment of the Alaskan natives, whose rights the missionaries upheld. In 1800 Baranov placed the members of the mission under house arrest and forbade contact with the natives. The next year, the missionaries administered the oath of allegiance to the Czar to the natives in an attempt to extend imperial protection to them. Threatened with violence by Baranov, the monks withdrew to their compound and refused to hold public services for a year. Between 1806 and 1818, Father Herman, steadfast in behalf of the natives, withdrew to Elovoi (Spruce) Island, where he built a cell and chapel; here he lived in prayer, nursing the sick, feeding the hungry, and ministering to the natives. In time he maintained a small school and orphanage. The island he renamed New Valaam in memory of his beloved Monastery. In 1823 a small church was built, dedicated to the “Meeting of Our Lord.” Tales of miracles, healing and the like surrounded him, in the tradition of the wonder-working saints of the Eastern Church. His reputation for holiness and simplicity of life spread abroad, attracting many pilgrims and visitors, including the great explorer, Bering. Father Herman died in 1837. Popular veneration of his memory has continued to the present day.

In 1867 the first collection of information about him, attesting to his sanctity and wonder-working powers, was compiled and published (in 1868) at the Valaam Monastery in Russia. Further data was made available in the outline of the History of the Russian Mission, published at Valaam in 1894. In 1903 the Russian Theological Encyclopedia compared him with the Desert Saints of the Early Church, noting the aura of sanctity which affected birds and animals in his presence. His corpse was said to have remained incorrupt. 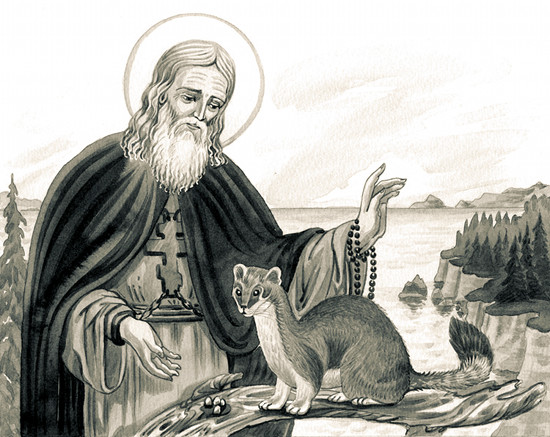 Father Herman represents the flowering of Russian monastic spirituality in America. The survival of Orthodoxy in Alaska has been attributed to the zeal of the first missionaries and of their native converts, the absence of racism in the Russian mission and its leaders, and such contemporary elements as the use of the vernacular (in the liturgy), the cultivation of a self-reliant church, and an indigenous (native) clergy. The Russian American mission derived much of its strength from the leadership of the first Archbishop of Moscow, founder of the Orthodox Missionary Society, and one of the greatest figures in Russian Church history—and the father of Alaskan anthropology. It was Veniaminov who firmly established the policy of protecting native tribal rights and who introduced both Aleut and Tlingit into the liturgy. However, the influence of a life such as that of Father Herman cannot be underestimated in explaining the ardent faith of the natives whose religious traditions have survived to this day, despite many trials.

The shrine on New Valaam to Father Herman has been preserved to the present day (with its relics of St. Seraphim of Sarov), partly due to the devotion of a Russian monk who went there in 1935. In the eyes of the natives, Father Herman was already a saint. (Troparia in his honor were in existence in the early 1900’s.) He embodied “the qualities which characterized the Age of Saints from the desert of Mesapotamia to the remotest of the Western Isles—asceticism, humility, devotion, unworldliness, sympathy with the weak, both in nature and in humanity, gentleness, spiritual nobility.” Such is the message of Father Herman of Kodiak.

Note: St. Herman is the first inhabitant of the American continent to be canonized. The above article indicates that his canonization was the first such ceremony to be held in America. In 1964, a group called “The Russian Orthodox Church In Exile" conducted a canonization in New York City—Editor.

[1] Founded by St. Sergius of Radonezh 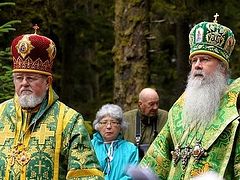 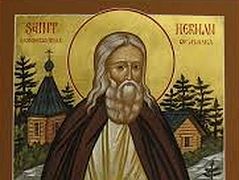 The Relics of St. Herman of Alaska 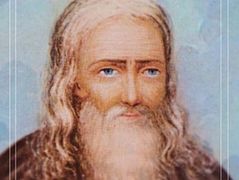 A Life of St. Herman from 1919
Vera Johnston
A Russian missionary to America! Yes, indeed, a servant of God, lowly and simple of heart, who attained to such perfection of spirit that in our day and generation there are many in Alaska and throughout the Orthodox parishes in the United States who think that Herman, the humble monk, should be and will be canonized—a saint of the Church.[1]
Comments

Mark Citadel8/10/2016 2:13 pm
It's fascinating to think how different the world might have been, and be today, had America been an Orthodox monarchy rather than a Protestant democracy which it became. Sad really. Missed opportunity, but bless Herman for all he did!
×