“I am waiting for you at Samtavro”: on a miracle of Elder Gabriel (Urgebadze)

I met Elena Getsadze at the Tbilisi airport purely by accident. The woman attracted my attention by crossing herself and venerating an icon of Elder Gabriel (Urgebadze). That was in 2015. I came up to her, gave her icons and oil blessed on the holy relics of Elder Gabriel and entered into a conversation with her. “Everybody loves him [St. Gabriel] so much!” I said. “It cannot be otherwise!” Elena replied with a smile. And then she told me her story which left an indelible impression on me and strengthened my faith in the greatness of the Lord. So I am going to share this story with you, my dear readers. 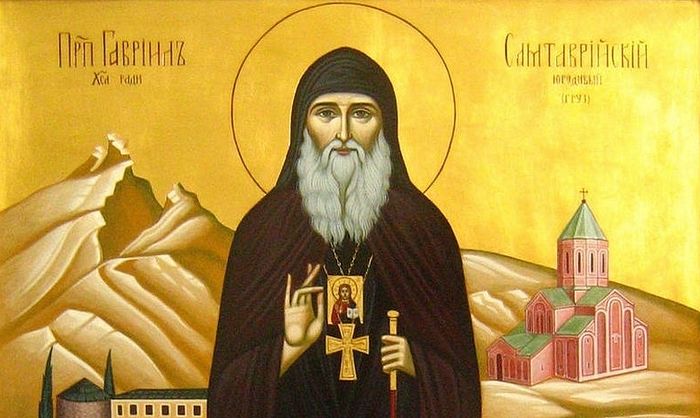 “In February 2010 my younger son fainted during a lesson at school (it happened in Tbilisi). The teachers called a medical emergency team and the child was promptly taken to the hospital. When I came there and saw my boy in such a grave condition I lost consciousness myself. As I came round and opened my eyes I saw a priest vested in black who was assisting the nurses. Suddenly he looked at me and said: ‘I am waiting for you at Samtavro’. At that moment I did not recognize him and paid no attention to his words.

Soon I was shown the tests results and the computer-aided tomography scan of my son’s brain: he had a malignant tumor with metastases in the brain. Georgian doctors refused to perform an operation on my child and we were advised to sell all our possessions and go either to Germany or Israel for medical treatment. This verdict of the doctors plunged me into despair. I was about to sell everything I had and go to Germany when I suddenly spotted a photograph that hung on the wall of the resuscitation unit. The man who had helped the nurses bring me back to my senses was depicted on it! I asked who it was and they answered that it was an elder, a man who possessed extraordinary spiritual gifts, at whose grave numerous healing miracles had occurred. I was startled beyond speech and was even unable to tell the doctors that I had seen him at the hospital! So I resolved to go to Mtskheta without delay.

When asked where the elder’s grave was located, I was told that it was in the center of the town of Mtskheta, at Samtavro Convent! Samtavro … It was precisely the word that the elder had uttered at hospital… And all became clear to me at once: I dared not lose a minute and had to go to the elder’s grave immediately. And this is just what I did. I took my son and brought him to the saint’s grave and was amazed by what I saw: there was a great number of believers there; they knelt down before the grave, took their rings and crosses off and laid them on the ground. I prayed to the elder and asked him to help us sell our house as soon as possible and go to Germany for medical treatment. 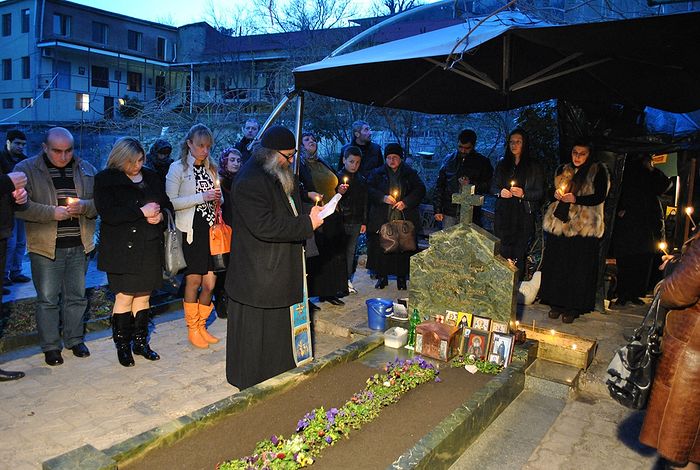 On the following day the boy again felt very sick. He even collapsed and was hospitalized and put on an intravenous drip of many drugs. I insisted that my son have another computerized tomography in order to learn how rapidly the disease was progressing. So he had a CAT scan again. But time went by, the results were delayed, and I was awfully worried and felt restless. All of a sudden I was asked to enter the head doctor’s consulting room and was informed perplexedly: ‘Mrs. Elena, we have good news for you, although we cannot explain this phenomenon: everything is absolutely fine with your child—there are neither brain tumors nor metastases! He had two additional CT scans done and we have double-checked the results—but we have found nothing wrong! However, the results of the previous scan were completely different. From a medical point of view it is inexplicable!’

I hooted with joy and swooned again. Surprisingly, I saw the same ‘priest’ again, our Elder Gabriel, who was smiling and crossing us. As I regained consciousness I started sharing my story with physicians and nurses who listened to me with bated breath and cried! They wept and thanked God for such a great and unpredictable miracle!

As for me, after that miraculous event I became a church-goer; and every day we thank Elder Gabriel and read the Akathist to this glorious ascetic who helps sufferers and intercedes for us in the Heavenly Kingdom”.

Mats Sjoberg11/30/2016 4:44 pm
Thank you Father Gabriel for you miracles of healing. I will pray for those of need of your services of goodness and merci.