Source: Diocese of the South (OCA) 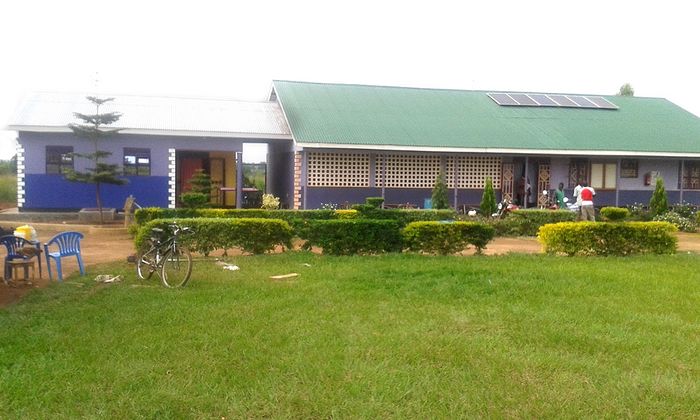 St. Philip the Apostle parish in Tampa, Florida has helped to raise funds to build a medical clinic in northern Uganda. Located thirty miles south of the South Sudan border, a 2,500 square foot clinic was constructed, opening in January of 2014 with a staff of two. Since then five more have been added to the clinic staff, including the recent hiring of a certified midwife. On August 6th of this year, a 550 sq. ft. maternity ward annex was dedicated. Three days later the first baby was born at the annex. She was named Nektaria in honor of St. Nektarios, patron of the medical center. The clinic’s web address is www.ugandaclinic.org.

The clinic is the result of a visit to northern Uganda in 2010 by St. Philip priest in charge, Fr. Joseph Ciarciaglino. In 2010, he was part of a medical mission team sent there from OCMC. In this part of Uganda, rebel forces kidnapped young children and turned them into soldiers. Only recently had peace come to the area and medical services in the rural areas were nonexistent. Together with Fr. George, a native Orthodox priest in that area, the dream of a medical clinic was born. Two years were spent by Fr. Joseph, aided by his parishioners, raising the necessary funds. Since 2011 all pan-Orthodox Lenten Vespers collections have gone to the support of the clinic as well. Fr. Joseph is an advisor to the clinic on financial matters and travels to the clinic each year. The clinic now has a deep well and solar power.

Diocese of the South (OCA) Oath of fourteenth-century Georgian Orthodox doctors is published
"I will not give a deadly mixture to anybody, even to those who wish it, and will never disclose its recipe; likewise, I will never offer a woman any remedy, to be used either externally or internally, for the abortion of a fetus." 2015: a missionary year in review
A look back at all the wonderful missionary work being done throughout the world to the glory of God in 2015 Support the Creation of a New Farm in Busoga, Uganda
Fr. Stephen Lunagula
Therefore, brothers, we appeal to the friends of the Mission who can help us to support this effort in order to generate potential financial resources for the survival of our parish communities and our children.
Comments
×