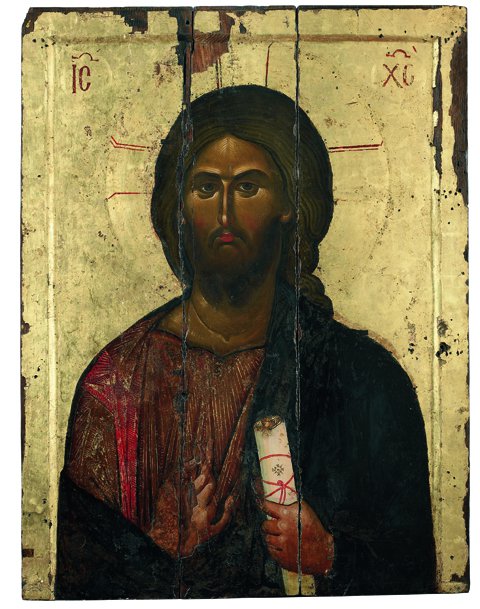 Christ, as the true and universal man, is the measure of all things for all people. He is the ultimate measure, universal and timeless, for the whole world. He is the true measure by which we can define or revise our spiritual quests. The universality of man is an expression of his catholicity, that is, of his status as an image of the True Being, Christ. In contrast, the universality proclaimed by those engaged in the destructive process of global unification obliterates man’s personality and restricts his freedom.

Universality (pankosmiotita) and globalization (pankosmopoesis) are two formally related terms but in fact essentially have diametrically opposite meanings. The former denotes physical unity and personal completeness, while the latter denotes oppressive unification or standardization. Universality is founded on individual identity and gives it the recognition it deserves, while globalization obliterates individual identity and turns individuals into a shapeless mass.

When we say that Christ is a universal figure we mean that He holds the whole world together in Himself. Christ embraces the whole of human nature, with all its natural characteristics. This truth has been particularly noted and stressed in the doctrinal teachings of the Church.

To secularized modern man, and perhaps even the average Christian, the doctrinal debates and disputes that took place about Christ’s human nature seem redundant or even strange. What does it matter if Christ had a perfect human nature or not? Is it not enough that He is the Theanthropos who came to save the world?

Of course, things are not so simple. Although a full study of this subject is not possible in this brief article, we shall endeavor to approach it from the perspective of universality.

If Christ did not have a perfect human nature, if, that is, He did not possess a human soul, human reason, human energy and human will as part of His hypostasis, as various heretics have occasionally claimed, then He would not have been a true man. Neither would He have been able to be a universal man.

In the ancient Greek world man was described as a microcosm. In Christianity, however, he was accorded a much higher status. Man was viewed as ‘the great world in the small’.[1] This human majesty is revealed in Christ, just as the truth and majesty of the individual are revealed in Christ.

In the person of Christ the whole of creation is recapitulated and renewed. As the new Adam, Christ assumed the ‘Adam of all generations’ (the whole of mankind). Yet He did not confine Himself to this: out of infinite love, He suffered for man, sacrificed Himself for him, and led him through death into life. He did not avoid death but defeated it through His divinity so that man could partake of His Resurrection.

We often speak of the salvation of man but we do not always have a clear idea of what this means. The salvation of man actually means the restoration of his unity. And this restoration takes place on two levels: on the level of the individual person and on the level of human nature. If man’s unity is not restored on the level of human nature, his unity as a person cannot be restored. Christ is the savior of men because He redeemed human nature by assuming it into His divine hypostasis. He Himself became a universal figure and offered all men the opportunity to share in this universality. However, God never acts unilaterally in human life. Man’s salvation as a person and the ‘forgiveness’ of the world in his person require man to cooperate of his own free will. Christ did not confine Himself to the space and time of His historical presence but continues to remain in the world in His Church. And the Church, which is His body, is catholic and universal. It embraces the whole of mankind.

Every member of the Church, as a member of the body of Christ, is capable of being transformed by the dynamics of the new man in Christ. He or she is called, through grace, to become Christ and to assume the whole of mankind into his or her hypostasis. As St. Symeon the New Theologian notes, ‘We, the faithful, should look upon all men as one single being, and should consider that Christ dwells in each of them’.[2]

A contemporary ascetic also says: ‘To follow Christ means to open oneself up to the conscience of Christ Himself, who bears within Himself the whole of mankind, that is, the whole tree including every single leaf. If we acquire this conscience, we will pray for all people, just as we pray for ourselves.’[3] And this prayer becomes a vehicle for universality.

The truth of existence lies in the individual and not in some impersonal or suprapersonal principle. Divorced from the individual and interpersonal relations, everything sinks into a state of nothingness, into the ‘true non-being’.[4] Catholicity, as well as its outward expression, universality, exists primarily in the person of Christ, who possesses a completeness of being. Just as completeness of being exists in the person of Christ, so too, through grace or as a divine reflection, does it exist in the person of every individual that is an image of Christ. Universality exists.

The universality of man is an expression of his catholicity, that is, of his status as an image of the True Being, Christ. In contrast, the universality proclaimed by those engaged in the destructive process of global unification obliterates man’s personality and restricts his freedom.

The quest for universality, as a quest for the perfect and catholic man, is essentially a Christological quest, that is to say, a quest for Christ Himself. And this is only natural because Christ is the archetype of man. In other words, human nature by its very composition relates to Christ. So it is natural that it should seek Him. Man’s mind, desire and memory attain their full worth in Christ. Christ, observes St. Nicholas Kabasilas, was the first and only one to reveal the true and perfect man through both His ethos and His life and everything else.[5]

Such Christological quests exist not only in those cases where man finds Christ but also in those cases where he fails to find Him. An unsuccessful Christological quest might be one in search of wisdom, or happiness, or freedom, or love, or universality, or immortality, or any other kind of quest that pleases man. If they are not to terminate in disappointment and disillusionment, all of these quests should be tested by the measure of Christ. Christ, as the true and universal man, is the measure of all things for all people. He is the ultimate measure, universal and timeless, for the whole world. He is the true measure by which we can define or revise our spiritual quests. The quest that is particularly characteristic of modern man, and which at the same time poses a threat to him, is his quest for universality. Common needs, common dangers and common hopes have brought men closer to each other today than at any other time in the past. This phenomenon is being exploited by the mighty of the Earth in order to further the barbarous process of globalization. The same phenomenon, however, gauged by the measure of Christ, calls on man to live and promote a redemptive form of universality.

The problem constantly faced by man is how to achieve fulfilment as an individual in a peaceful and united world: how to make room in his heart for all other men, and how to rejoice in the presence of others. Christ reveals the solution to this problem. Man, however, usually makes a mess of his life and loses it, without realizing the strength that lies hidden within him. To Thirst for What is Above
Jesse Dominick

To Thirst for What is Above
A Study on John 7:1-35 and the feast of Mid-Pentecost
Jesse Dominick
That Christ accomplished our salvation in His Person with the cooperation of His divine and human natures shows us that in order for us to receive that gift it must involve God and man—we have our part to play. This is, of course, the Orthodox doctrine of synergy, which leads us to the theme of thirsting. God offers us the water of eternal life—but we must thirst for it. He will never force it upon us. Christological Inerrancy
Seraphim Hamilton
In order to have a coherent doctrine of Scripture, one needs to root and ground the Bible in a coherent doctrine of Christ. One often hears today that “the Bible is not the Word of God” because “Christ is the Word of God.” Popular as this sentiment is among Orthodox and Catholics, the Fathers taught otherwise. He Had to Become Like Us in Every Way
Fr. Stavros Akrotirianakis

He Had to Become Like Us in Every Way
Fr. Stavros Akrotirianakis
In His human experience, He did not succumb to temptation. He maintained His love for His Father at all times, He remained obedient at all times. He showed us what it is to love, and to empty oneself of all pride. Not only is Christ a faithful “high priest” in the service of God, but He also showed (and continually shows) us what mercy is.
Comments
×