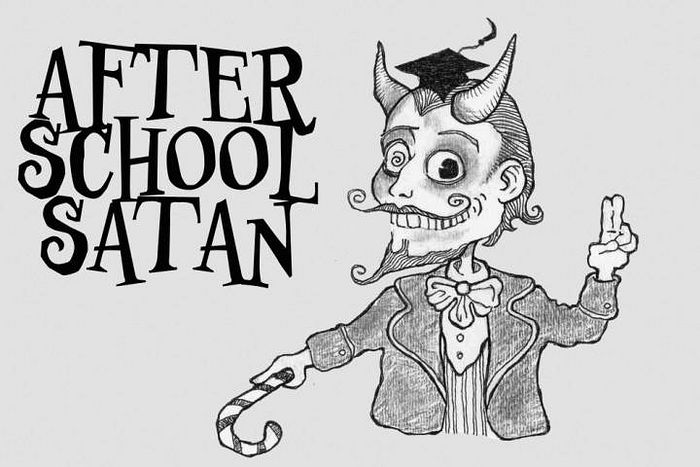 Satanists are not merely mystical eccentrics wearing black Gothic garb, sacrificing animals and operating in shady and secret societies. They are now ordinary people who call themselves ‘secular’ and praise reason and the individual freedom of thought.

In the US, explicitly satanic groups have begun drawing attention to themselves in the context of public governmental ceremonies.

Just this month, a member of the so-called Satanic Temple was allowed to make an opening prayer to Lucifer at a local council meeting in Alaska.

Assembly members stood around in a circle while the Satanist asked them to “embrace the Luciferian impulse to eat of the tree of knowledge.” She then ended the surreal prayer with the words, “Hail Satan.”

Thoughtfully, meeting attendees were reminded that they did not have to participate in the opening ritual.

The Satanic Temple (TST) is a fairly new organization. Founded in 2013, it fights for political change by pointing out the ostensibly preferential treatment Christianity enjoys in politics. TST has seven chapters in the USA and Europe, and claims a membership of 100,000.

One of the group's objectives is to embed Lucifer in the public school system by establishing afternoon clubs, adoringly dubbed “After School Satan”, which is TST’s response to a Supreme Court ruling allowing evangelical programs to operate in schools.

Currently nine clubs are listed under the program, including in Los Angeles, Salt Lake City and Washington DC. The clubs will focus on “rationalism, free inquiry … and fun”, according to a promotional video.

TST itself emphasizes that it seeks to implement “After School Satan” in locations where active Christian children’s clubs operate.

TST said it is “not interested in operating After School Satan clubs in school districts that are not already hosting the Good News Club.”

The Temple is attempting to present a challenge to the Good News Club, an interdenominational Christian program for five to twelve-year-olds, operating in over 3,500 public schools across the country.

The Christian club’s curriculum was designed by the Child Evangelism Fellowship and includes Bible studies and workshops.

A spokesperson for TST, Lucien Greaves, said the controversial clubs will give children other alternatives than the Good News Club, which he claimed instills children “with a fear of Hell and God’s wrath.”

TST also aims to place demonic books on the shelves in the libraries of public schools, as well as having satanic prayers recited at high school games. It is, however, somewhat ironic that the Satanists’ intention is currently to get children to stop fearing hell, which runs counter to Christian teaching.

Satanists are of the opinion that Christianity has had too much influence on American society, but this must be because they have not kept up to date on the latest research, or that they are governed by a different factor than reason.

But it seems that Europe may also be heading in the wrong religious direction. In June, several European leaders, including German Chancellor Angela Merkel, French President Francois Hollande and Italian Prime Minister Matteo Renzi, were present at a bizarre ritual in connection with the opening of the world’s longest tunnel, the new Gotthard tunnel, in Switzerland this past June.

The ceremony is performed by masked men dressed in grass costumes, fallen angels descending from the ceiling and a man with a goat’s head, whom the other performers in the ceremony appear to worship. The opening ritual has subsequently been interpreted as depicting satanic scenes from hell.

More than one publication, and certainly more conspiracy theorists, slammed the dark performance as "Satanic."

According to The Pew Research Center, religious “nones”, a category that includes atheists, agnostics, and the “nothing in particular” group, make up 23 percent of US adults, up from 16 percent in 2007.

This group is growing as a percentage of the US population. At the same time, they are becoming increasingly secular, Pew reports, "a trend that also makes the US public overall less religious," according to surveys made as part of the Religious Landscape Study.

But there is more to the story. To begin with, this group is not uniformly non-religious. Most of them say they believe in God, and about a third says religion is at least somewhat important in their lives.

Seventy percent of those born between 1990 and 1996 with no religious affiliation say religion is not important in their lives. A similar share also report they seldom or never pray and 42 percent say they do not believe in God, according to the Pew study.

Obviously, most of the “nones” do not reject faith in “something”, and this often means that they seek some form of spirituality outside a traditional affiliation, like Satanists also do. But why would one use Satan, a spiritual entity, as figurehead if the aim of their struggle is rationality and freedom from religion?

The perception of secular society as nonreligious is quite simply a delusion, as Lesslie Newbigin states in his book The Gospel in a Pluralist Society, in which he also points to a revival of ancient heathen religions, in opposition to Christianity.

The paradox is that the religions that have attempted to embrace rationalism perish in modernity, while those that embrace the supernatural elements revive.

The ceremony at CERN is a perfect reflection of this paradox, a centre of science embracing Satanism.

For this reason it is far from unlikely that “secular” will in the future just mean “satanic”. The modern world is every bit as spiritual as the old one—and the struggle between good and evil is far from over.

Iben Thranholm examines political and social events with focus on their religious aspects, significance and moral implications. She is one of Denmark’s most widely read columnists on such matters. Thranholm is a former editor and radio host at the Danish Broadcasting Corporation (DR), at which she created a religious news program that set a new standard for religious analysis in the newsroom. She has traveled extensively in the Middle East, Italy, the United States and Russia to carry out research and interviews. She has been awarded for her investigative research into Danish media coverage of religious issues.

Telemarq3/10/2017 7:08 pm
Have you heard of the psychologist Jordan Peterson? He states that Lucifer; the highest angel before his expulsion is representative of rationality - often considered the highest human faculty. Perhaps that is the connection between secularism and satanism?
×