Many atheists believe in God 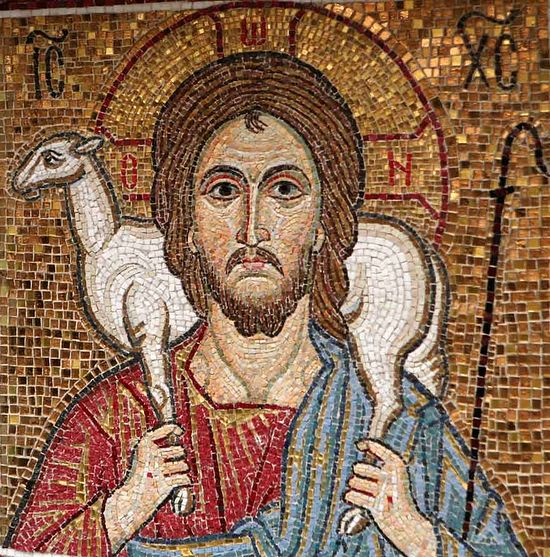 The Reading from the Holy Gospel according to St. John 3:13-17

If you have ever watched a football game on the television you will notice that there are always a couple of fans who are holding large signs that read “John 3:16.” When I was a child I wondered what that meant, I was not accustomed to memorizing Bible verses as a child so I had no idea. One day I went and looked up the verse John 3:16 which read “For God so loved the world that He gave His only Son, that whoever believes in Him should not perish but have eternal life.” And John 3:17 continues “For God sent His Son into the world, not to condemn the world, but that the world might be saved through Him.”

One of the worst ideas that has ever been circulated about Christianity is this idea that God is full of wrath and that He is actively seeking people to punish and throw into a place called hell. The fear of God’s wrath and of punishment in hell is one of the main drivers of so much of the anti-Christian sentiments that sprung out of European history and now are beginning to take hold here in our own country. In a way we can say that people are repulsed by this kind of a god. So they come up with other options that allow them to avoid having to think too much about these concepts. They either become universalists or Buddhists or they become “spiritual but not religious” (which is a way of saying that you believe in something but you’re not really sure what it is and that no matter what it is, you are still allowed to do whatever you want without any guidance or rules from the outside). Sadly, sometimes people will become agnostic or worst of all…atheists.

Once I had the pleasure of meeting someone who had been a militant avowed atheist. He had become a Christian and later had become an Orthodox Christian. One day as we sat and drank coffee together I asked him two questions “Don’t most atheists really believe in God?” and “Aren’t atheists just angry with the idea of God that has been presented to them?” I was surprised when this man responded to me saying “Yes”. In fact, even as an avowed atheist, he had always believed in God and he spent great amounts of time arguing against and focusing on this God whom he had convinced himself did not exist! But he was angry with the God that people tried to get him to believe in. Perhaps he was right since the picture of God offered by most of the West is way off base.

Theology matters and poor theology creates rotten fruit. When we use sloppy language about God, or when we stray too far from the truth that has been handed to us by the Holy Fathers, we end up creating a theology that does not bring healing and comfort and peace but instead sows strife, rebelliousness and unbelief in the souls of many. Nowhere in the Christian world does theology ultimately bring lasting peace and comfort outside of the Orthodox Church and the reason is simple… The Orthodox Church clearly and absolutely teaches that God is love. Others teach this but with all sorts of “ifs, ands, and buts.” Bad things happen to our Christianity when we create a theology full of obstacles between God and His love for mankind. Bad things also happen when we convince people that God is constantly on the hunt, seeking to throw them into a terrible place of punishment if we offend His sensibilities.

In Orthodox Christianity we learn that God’s love is not determined by our behavior. Whether that behavior is obedience to the commandments or belief in His Son, God does not change! God loves the whole world and desires that all should be saved and come to the knowledge of truth! Our focus on bringing others into a loving relationship with God and with His Church can only happen when we discard our medieval concepts of God’s wrath and need for sacrifice and justice. That is the theology of many Christian groups…but it ultimately fails because it forces God to change His attitude and temperament depending on what we do. God does not change. It is our perception and experience of God that is subject to change, but it is not God Himself that changes.

It was not God’s wrath that sent His Son to become a lowly human being. It was God’s mercy and overwhelming love for mankind. God did not send His Son to condemn the world. He sent His only Son Jesus Christ so that if possible the whole world might be saved through His incarnation, His life, His crucifixion, His resurrection, His ascension and the sending of the Holy Spirit. All of these events changed the course of all of human history. All of these events, when properly understood, allow us to approach our fellow man with great care and compassion and not with a sloppy view of an angry God.

We are blessed because God loves us without conditions and without limits. Imagine what might happen if we could introduce people to this God who truly loves us? Glory be to God forever AMEN. The Divine Compass
Fr. Stephen Freeman
A Christian must say that there is a natural spiritual compass within every human being, inasmuch as we are created in the image of God. Some would say that the spiritual compass is distorted by the world and its many noises. I think this is mistaken. What is missing in any human life is not the compass itself, but the willingness of drawing near to read it. The Morality of Gehenna
Fr. Lawrence Farley
Hell and heaven therefore are in no sense parallel to each other, as the objection presupposes. They are not two different compartments of reality, with heaven on the top-floor penthouse and hell in the basement.
Comments

Mark Citadel9/15/2016 3:13 pm
This is not surprising to me. Even when I was an atheist, I prayed regularly in times of need. God is written into the very codex of man.
×