Why the Polish Church returned to the Julian Calendar

On this second day of the Church New Year according to the Julian Calendar we are talking with Polish priest-theologian and dean of the Department of Orthodox Theology of the Bialystok University Fr. Mark Lavreschuk about why the Polish Church made the unprecedented decision to return to the Julian Calendar, whether there were any difficulties regarding this move to the “old style,” and how important the calendar issue is generally for Polish Orthodox.

On March 18, 2014 the Synod of Bishops of the Polish Orthodox Church revoked the Synodal decision of April 12, 1924 concerning the introduction of the “new style” into the Church and decreed a return to the “old,” that is, to the Julian Calendar. 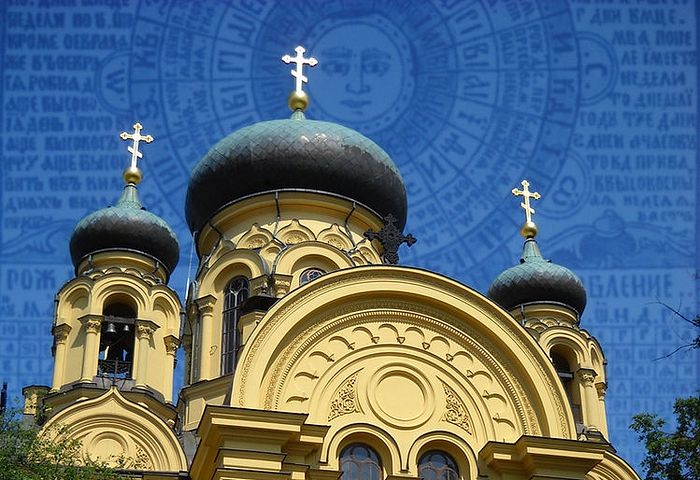 —Fr. Mark, were there any difficulties in moving the Polish Orthodox Church onto the Julian Calendar? Or did the hierarchical meeting in 2014 simply confirm the existing order throughout the parishes?

—The Polish Church’s return to the Julian Calendar didn’t bring any changes to the lives of the majority of parishes. Despite the officially adopted determination, that the Church in Poland would observe the “new style,” the majority of parishes and a significant portion of the faithful lived according to the “old style.” Even before the Synod’s decision to return to the Julian Calendar the parishes of the Warsaw-Bielsko, Białostocka-Gdańsk, and Przemyśl-Novoseletskiy dioceses, excepting a few communities, operated on the “old calendar.” In the Lublin-Chełm, Wrocław-Szczecin, and Łódź-Poznań dioceses the situation was less homogeneous. The decision was accepted by parish meetings.

—Are there statistics on how many parishes switched calendars?

—Statistical information has not been published, and, as far as I know, hasn’t been fully processed yet. In the Białostocka-Gdańsk diocese only about three or four parishes lived according to the “new stlye” before, despite the fact that the diocese has fifty-seven parishes. Today only one community of the diocese has maintained the “new style” as was decided by a parish meeting. 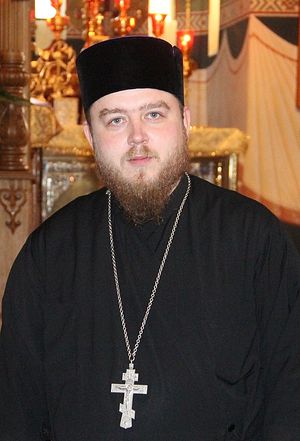 Fr. Mark Lavreschuk
—Were there those opposed to the Julian Calendar in the Orthodox sphere?

—Many point to problems in the foreign diasporas connected with preserving the Julian Calendar in the Church, especially in big cities where work schedules hinder the celebration of Orthodox feasts on weekdays. There the people asked not to move onto the "old style" but to keep the "new."

—Did the Polish Church undertake any earlier efforts to reintroduce the Julian Calendar after 1924, when the Church officially announced it would be following the “new style?”

—In practice the decision to change the calendar in 1924 was never implemented in the majority of parishes. Thus in the post-war period (after 1945) parishes organized their own liturgical life according to the demands of the faithful. The entire North-East, where the majority of Orthodox live, retained the old calendar.

—Were there any accusations that the Polish Church is too friendly with the Russian Church or too attached to Moscow?

—I don’t think the faithful ever considered that the calendar was engineered by Moscow. In their minds the “new” or “old style” of calendar isn’t connected with any geographical location of this or that Local Church. For the faithful and clergy it’s more important that we should celebrate the feasts on the same days as in the Moscow Patriarchate, the Serbian Church, and in the monasteries of Mt. Athos. The Russophile argument for explaining the move to the Julian Calendar is rather more contrived than real.

Don’t forget that the Polish Orthodox Church was experiencing persecution at the hands of the government when it received its autocephaly and it forcedly made the decision to move over to the so-called “new style.” Also at that time began the work of translating liturgical texts into Polish. After the Second World War these government initiations were not continued, and especially no one forced the Church to continue the process of changing to the “new style" calendar or to change the liturgical language. Thus, we should look at this decision of the Synod of Bishops as a self-evident and unprovoked decision of the Church, as first of all an affirmation of the existing facts, and not the creation of a new reality.

—The Orthodox in Poland have repeatedly experienced difficulties from their heterodox neighbors: the Union of Brest, the confiscation of Orthodox churches… Tensions grew after the partitioning of the country, when Orthodoxy in Poland became identified with the Russian Tsarist regime.

In the twentieth century people began to fear that the 1924 change of calendar was meant to lead, not without forethought, to a “new union,” or, to put it another way—towards the absorption of the Orthodox communities by the Roman Catholic Church.

In the united Polish-Lithuanian Commonwealth from 1569 until the first division of the country in 1772 the Roman Catholic Church was the most numerous, although it comprised only half of the population. It was never a one hundred percent Catholic country, which the partitioning of Poland, involving the nation’s Protestants and Orthodox, indirectly facilitated. Poland’s historically intrinsic, since the time of Polish-Lithuanian Commonwealth, tolerance towards various confessions helped the Orthodox in the twenties of the previous century. Elder Ephraim of Arizona Exposes Old Calendarism
John Sanidopoulos, Elder Ephraim of Arizona
I want to say that without people of the Old Calendar knowing, although it is the Orthodox and most correct calendar and most blessed, however, because over time people were not catechized well in things and the truth, when they were returning to the Old Calendar because they said the calendar should be kept with exactitude, and as a rebuke to the Church of Greece, they arrived at the point where they made it a dogmatic and ecclesiastical offense. So when they heard it was a dogmatic error in the Church, they shrunk back and began to look at the matter differently. But it is not a dogmatic issue, but an ecclesiastical matter that simply deals with the calendar. On the Julian Calendar, Church Tradition, and Standing for the Faith
Pavel Kuzenkov

On the Julian Calendar, Church Tradition, and Standing for the Faith
Pavel Kuzenkov
Christmas and New Year is a time when many Orthodox Christians who follow the Julian (old) calendar wonder why they do so; or rather, those who follow the Gregorian (new) calendar wonder why the old calendar Churches don’t want to change. Here is another thorough look at this question, from a number of angles.
Comments

Rhodion10/9/2016 7:22 pm
Actually, all of the current parishes of the Church of Greece follow the Revised Julian Calendar. Those who insisted in using the Old Style finally split from the Church and created a dozen of schismatic parasynagogues.

Anthony9/16/2016 12:15 am
The change of calendar - Another disaster caused by their Phanarships in Constantinople. The calendar should never have been changed but then what more would you expect from Meletios who was a known Mason, and unilaterally took the disgraceful decision to change it. Father Thomas Hopko of blessed memory did an excellent podcast series called ''Bishops'' available on Ancient Faith Radio which looks at the history of the Church, and one of the issues that really stood out was how poor some of the Patriarchs in Constantinople were. I sometimes wonder if God allowed Constantinople to be overrun by muslims to prevent said Patriarchs from doing even more damage to His Church than they otherwise would have.
×