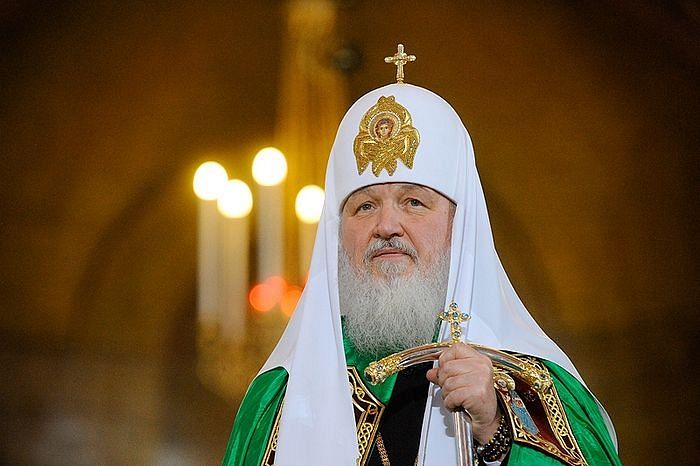 For the first time Patriarch Kirill of Moscow and All Russia celebrated the Divine Liturgy accompanied by sign language translation. Throughout the service several specialists were present at the church who translated everything into sign language. The Liturgy was served at All Saints’ Church in the Moscow district of Novokosino.

“I call upon all our bishops to pay special attention to our handicapped brothers and sisters. They are members of our Church, members of our community, and we must do our best so that they would feel like full-fledged members and have no obstacles to participation in its life,” as RIA-Novosti cites the primate.

The patriarch noted that the Church has begun serious pastoral work with people who are hearing and visually impaired or are even totally deaf and blind. To date, there are forty-seven communities of hearing-impaired people and fifty-seven parishes which are involved in pastoral work with them, nine parishes taking care of blind, deaf, and mute people. 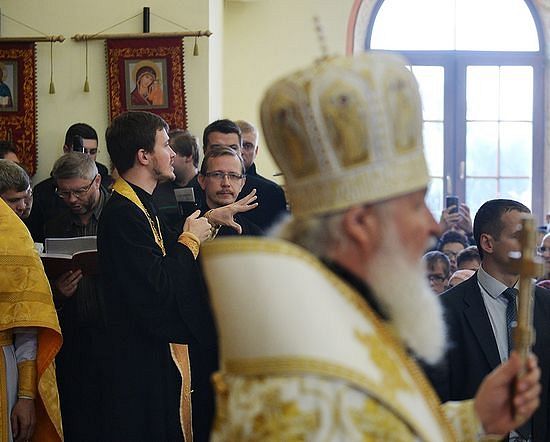 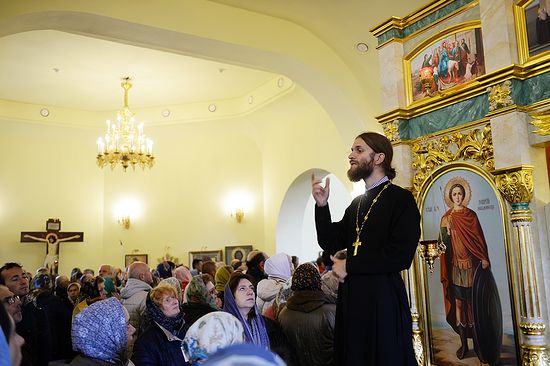 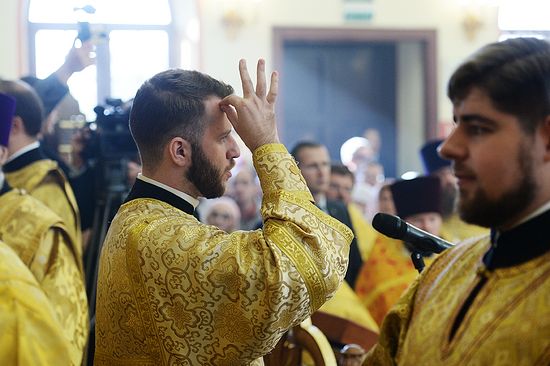 “With all my heart I thank our priests who carry out this most difficult pastoral ministry which requires wisdom, spiritual courage, and endless love. Your ministry is very close to my heart and I realize the significance of this labor,” Patriarch Kirill said.

Over 600 representatives of Orthodox communities which assist the deaf from all over Russia, from the Arkhangelsk region to the Irkutsk region, were present at the first patriarchal Liturgy with sign language translation.

“Holding the Liturgy for the deaf is not an epilogue but a kind of intermediate result, with more intense work to follow. The rest of the clergy and laity will see the example of the patriarch, priests and deacons who know sign language and they will follow them,” stated Eugene Morozov, expert at the Coordination Center for Work with the Deaf, Deaf-Blind and the Hard of Hearing Synodal Department of the Moscow Patriarchate, reports RIA-Novosti.

According to the Synodal Department for Charity, every year the number of such communities increases. For example, seventeen communities appeared between 2013 and 2016. To date thirty-three priests and seven deacons have knowledge of Russian sign language at various levels, and it is taught in the seminaries of St. Petersburg, Tomsk, Yekaterinburg and Kiev.

His Holiness also noted that human suffering is especially significant for the fullness of human life:

Today is the Sunday before the Exaltation of the Cross. All we read at church today—the Gospel readings and prayers—is based on the narration of the Lord’s Cross; for God so willed and so loved mankind that He gave His Only-Begotten Son so that people could obtain salvation. We are aware how tragic was the sending of the Son of God for the salvation of people. What can be more terrible than agony and death on a cross? Some ask, “Wasn’t it possible to save people in a different way? After all, God is omnipotent. Why did He have to resort to killing His Son on the cross?” God allowed this death to happen—the Lord Himself said before His Passion that His Father could send legions of angels to defend Him. But God the Father did not give Him legions of angels. Instead, He left His Son alone, faced with human spite, lie, slander, and, finally, left Him alone in the Garden of Gethsemane and at terrible Golgotha.

There is no answer to the question, “Wasn’t there another way of making our lives right?” We do not know why God chose suffering as the means of salvation. He did not choose human intellect, human education, smiles, fun, or joy as the means of salvation. Instead, He chose grief, suffering and sorrow for achieving salvation and none of us knows whether any alternative way of salvation was possible or not. Only God knows why it happened this way, but we are able partly to comprehend this fearful, tragic and great history of the salvation of the human race.

His Holiness pointed out that sorrow and suffering help people on the path to perfection. Nobody can be happy without overcoming sorrows and suffering.

Obviously salvation and happiness cannot be obtained without suffering and sorrow. We are truly happy only when we have experienced sorrows. If there is no experience of sorrow and suffering in the life of a person, then he will never know what happiness is like. He will ruin his happiness; he will get used to it as one gets used to good cars, comfortable houses, and beautiful clothes. We begin to notice our happiness only when we have another reference point. And our suffering is caused not only by illness. Sometimes our colleagues or even brothers in Christ are very unjust to us. Similar things often take place in the world of politics, industry, culture and art. Sometimes we think: “What is my fault? Why? Why do I have poor hearing and my neighbor can hear perfectly?” And we repeat the question that people address to God: “Why did You choose the cross in order to save mankind?” This is the will of God, and if we realize that sorrows and suffering are an integral part of our human life, that they will never disappear and will be present in our lives until the end of the world’s, then we will come to understand that this is God’s plan for the world and man,

At the end of the speech the patriarch concluded:

It is always hard for someone who is suffering. He needs to find some power to support him, and the greatest is the power of Christ’s Cross. All of you whose health is ruined, whose rights are violated, who have problems with employment—take the Lord’s Cross into your hands and realize that the Son of God became the Son of Man and suffered for mankind according to God’s will. But there is something else which is capable of strengthening us in our sorrows. If Christ endured suffering Himself, if He went through the worst torments which resulted in His death, then all who bear suffering and sorrows are related to Him. They are united with Him through these torments. In his suffering a person establishes a special relation with God and most people know it. When sorrows come, we feel the need to pray, we go to church and implore the Lord, and when everything is alright, we forget Him. It is remarkable that the Lord Who accepted ferocious torments Himself is always close to those who suffer, who grieve, and He especially hearkens to prayers which stem from pain-stricken hearts.