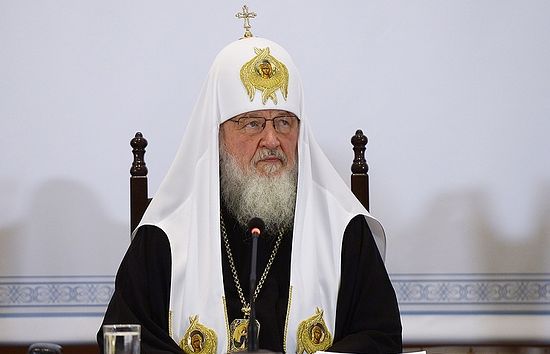 Patriarch of Moscow and All Russia Kirill on Tuesday signed an open public petition for adoption of an anti-abortion law in Russia, the Moscow Patriarchy reported on its website.

Also on Tuesday, Patriarch Kirill met the participants in the all-Russian public movements "For Life" and "Orthodox Volunteers" who are collecting signatures under a public petition for banning abortions in Russia. "The head of the Russian Orthodox Church put his signature under the document," the Moscow Patriarchy said.

The text of the petition has been discussed and agreed with the Patriarchal Commission for Family Matters and the Protection of Motherhood and Childhood. Its authors stand against abortions, which they describe as a legal murder of unborn children. They demand amendments to the legislation and recognition of a conceived embryo to be a human creature whose life, health and well-being should be protected by law.

The petition’s authors come categorically against any surgical or medical-induced termination of pregnancy. They call for banning contraceptives with an abortive effect and auxiliary reproduction technologies, which humiliate human dignity and kill children in the initial stage of embryonic development. They believe that pregnant women and families with children should receive material aid, the size of which should not be below the minimal subsistence level, from the state budget. "For Life" festival in defense of family values opens in Moscow

"For Life" festival in defense of family values opens in Moscow
“Our aim is to get close to Christ and to help others in achieving this. One’s soul transforms when a person unites with Christ. The primary purpose of human life is to follow Christ, and that is why we must witness to the Savior, the Truth."