The Bulgarian Orthodox Church’s governing body, the Holy Synod, said on September 28 that it had unanimously decided to dismiss Stara Zagora Metropolitan Galaktion on the grounds of severe ill health.

Galaktion (67) has been the head of the Bulgarian Orthodox Church’s Stara Zagora diocese since February 2000.

Antoni, Metropolitan of West and Central Europe, has been appointed acting head of the diocese and must arrange elections for a new Metropolitan.

The Holy Synod said that Galaktion would now be referred to officially as Former Metropolitan of Stara Zagora and it would provide living conditions corresponding to his former status. 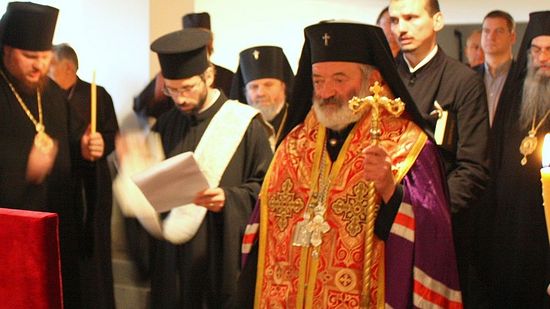 Galaktion had a stroke after being involved in a vehicle collision in May 2015.

Galaktion was among senior clergy involved in the controversy over the awarding to controversial business people the title “Archon”, even though the title – designating a lay patron of the church – had been officially obsolete for several centures.

Born Georgi Tabakov, Galaktion was a member of Bulgaria’s National Assembly from 1991 to 1994, on the ticket of the centre-right Union of Democratic Forces.