On the most dangerous idols worshiped by modern man

A life not according to the Commandments is comparable to a weapon without a safety, says Archimandrite Markell (Pavuk), spiritual father of the Kiev Spiritual schools. 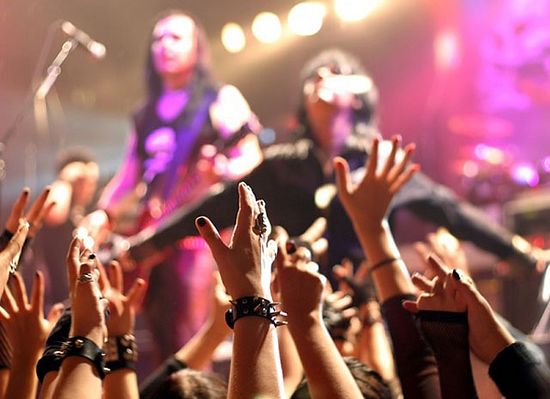 —Father, why should we keep the commandments?

—What is the First Commandment, and why is it the first?

—The First Commandment is: I am the LORD Thy God. Thou shalt have no other gods before Me.

Every man is inclined towards deifying that which he likes the most, or that of which he is most afraid. In ancient times, for example, people idolized the forces of nature, rendering praise to many different deities: to the sun good, moon god, rain, they bowed and brought sacrifices to the goddess of love, the god of war, and so on. But by the First Commandment the Lord indicates to us that there is but one God, and Him alone we must worship. After all, the sun, the moon, the stars, the rain, and also every human feeling are all creations of God, and they can be worthy only of admiration, but not deification and not worship. When someone puts them in place of God then, as a rule, he senselessly and mercilessly ruins himself and others.

—And our Orthodox faith in the Holy Trinity doesn’t violate this commandment?

—We can’t look deeply at this complex theological question in the framework of this little interview, but I will note only that this commandment, by believing in the Holy Trinity, we in no way violate, for we don’t believe in three gods, but in one. We confess this constantly in the services, reading the Symbol of Faith, which contains the words: “I believe in one God, the Father Almighty, Maker of heaven and earth and of all things visible and invisible.” Although further on in the Creed we confess the Son of God—Jesus Christ—and God the Holy Spirit, it in no way means that we, as it seems to those unlearned in theological subtleties, are slipping into polytheism. The simplest, although not exact, analogy for the unity and at the same time threeness is given in Sunday School books. The sun is one, but has its form—a circle (the first hypostasis), from it comes the rays (second hypostasis), and we feel the warmth (third hypostasis). In this way one is three. This given analogy is very weak and easily refuted. From the point of view of strict human logic, how a unity can amount to threeness is impossible to understand and explain. Besides logic here, it’s necessary to apply the force of faith. Actually, not too long ago there was a famous mathematician Boris Viktorovich Raushenbakh who tried to prove with the help of mathematical formulas that it’s quite possible.

The Second Commandment concretizes the First: thou shalt not make unto thee any idols, that is, it forbids man to bow down before anyone or anything.

—How can we translate these words into the modern context?

—If someone has weak faith in God, he looks for other sources of adoration. For example, he becomes excessively keen on sports, and accordingly, all his passion goes towards strengthening his body. Athletes who have attained the Olympic pedestal become for him a kind of fetish, and the body an idol. The Church doesn’t forbid anyone from playing sports. It’s not a sin, but it’s very important that in addition to the development of his body a man takes care for the salvation of his soul. It’s a joy when an athlete, before a long run or before a difficult dive, makes the Sign of the Cross. He believes in God, and His Creator helps him to break records.

—How should Christians treat their bodies?

—A Christian shouldn’t shun his body, as did some ancient heretics, for it is the vessel for the soul, and moreover, it’s called to become the temple of the Holy Spirit. The holy Apostle Paul calls us all to this: Don’t you know that you yourselves are God’s temple and that God’s Spirit dwells in your midst? (1 Cor. 3:16). So we should take care of our bodies, but how—that’s already another question. In the first place, by prayer and fasting we must root out the passions from our body which make it corpulent and incapable of good deeds. Food, drink, and clothes are also necessary means, but they are only intended for maintaining health, beauty and strength. By their abuse a man destroys himself. The passion of gluttony, drunkenness and lust (secular doctors even talk about this, not just the Church) most of all destroy our precious vessel.

—What other idols is modern man inclined to worship?

—The media quite actively creates idols out of this or that politician or party. Man, who in the majority of cases is spiritually weakened and disoriented, is easily allured by the number of his fans. The trouble is at least in that politicians with their promises quickly fade away, like the stars in the firmament. Yesterday we bowed before these idols, today we bow before others, and tomorrow they’ll be toppled and we’ll bow before a third group. Today it’s one ideology, tomorrow another. To live and not have a miserable existence, being blown about by every wind, we must prostrate ourselves not before this or that politician, but, first and foremost, we must try to be with God by hearing the voice of our conscience.

The world around us is always trying to lead us to idolatry. The hunt for man, for his feelings and desires begins already in childhood. Now, for example, various computer games are thought up for small children, and for adolescents, who no longer play games but aren’t yet interested in politics, they create idols of film and music. But, alas, today one wave is popular, and in a few years another. And in the end a man is left with nothing, for he didn’t truly live, but was always taken up with an imitation of life.

—What exactly is the danger in creating idols and glorifying them?

—A man directs all his energy and strength to honoring idols and sometimes therefore can’t fulfill his daily responsibilities. His idol distracts him from useful things and, overall, from life as such. This is the danger of worshiping idols. Thus, the first two Commandments admonish us against unhealthy predilections and infatuations, and against blindly following politics and fashion. 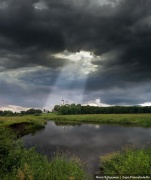 The Third Instruction. On the Conscience

The Third Instruction. On the Conscience
Abba Dorotheos
When God created man He sowed in him something divine, a certain thought which has in itself, like a spark, both light and warmth; a thought which enlightens the mind and indicates to it what is good and what is evil—this is called conscience, and it is a natural law. This is that well which, as the Holy Fathers interpret it, Isaac dug and the Philistines covered up (Gen. 26:18). Following this law, that is, conscience, the Patriarchs and all the saints pleased God before the written Law. Castrese Tipaldi10/2/2016 2:13 pm
The simplest analogy for the unity and at the same time threeness is not the sun, but ourselves, the images of God.

Man is one, yet he generates his word, through which proceeds his spirit. His word and his spirit are not something different than him, his essence and substance.
And the word is the only spiritual relation with the creation, again in the image of God.

Of course, our word and our spirit do not exist hypostatically, we are just images of the Most High.
The Word of God creates and by His Word His Spirit gives Life. We cannot create nor give, but we can innovate and transmit.
×