From Defeat to Victory. The Protection of the Mother of God, Part 2

The feast of the Protection of the Mother of God is one of the most favorite yet paradoxical feasts for Russians. It is a paradox because, according to one version of history, on this day more than 1000 years ago the ancestors of today’s Russians attacked Constantinople and would have taken it, had not the Mother of God intervened. Priests Nicholai Bulgakov and Valery Dukhanin contemplate this “celebration of defeat.“ 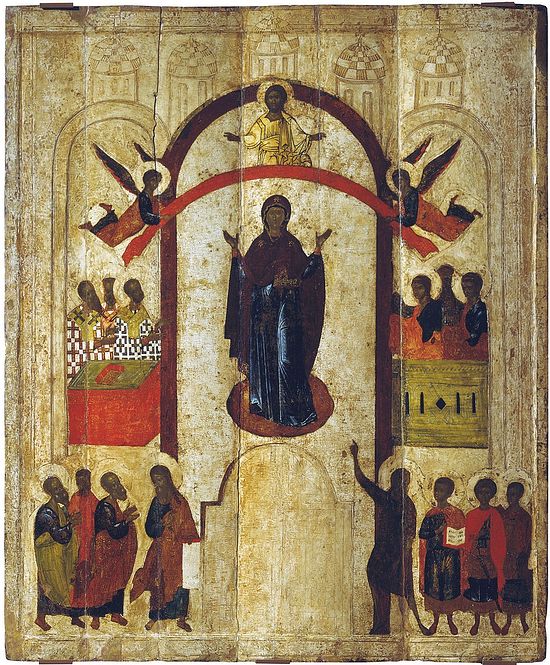 Priest Nicholai Bulgakov, rector of the church of the Reigning Icon of the Mother of God in the village of Kratovo in the Moscow region: 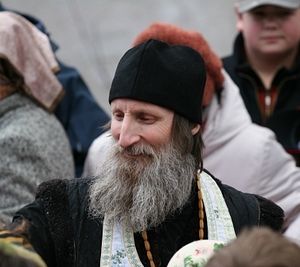 There is nothing surprising in that in Constantinople itself, where in the tenth century occurred the miracle of the visible intercession of the Heavenly Queen for the praying faithful, the feast is not celebrated, but here in Russia—it is celebrated. Because such is our reality, such is our history: everything happened, and happens until this day under the sovereign protection of the Mother of God.

The Mother of God has given no one in the world so many blessings, no one has she saved so many times from impending death, on no one’s land has she revealed so many of her wonderworking icons—in other words, no one has she protected with such motherly care as she has protected, and protects our people and our country, from ancient times termed the House of the Theotokos.

From the very beginning, when our ancestors were convinced that the Mother of God has might invincible, they displayed humility, not kicking against the pricks, and Rus’ was baptized, and already many times, in manifold ways the Fervent Protectress has saved us, such that today we resolutely know and confess: if not for her protection, then we would have ceased to exist already long ago. How could we not celebrate this feast as one of the most important, and most beloved of our feasts?!

The Protection of the Mother of God is the alpha and the omega of our history. This is the main thing our youth should know about their motherland. We need to know this in order to properly understand all our past events and in order to understand upon what above all to hope in the future: wherein lies our greatest strength, our main support.

It’s no accident that in our land on the day of the Protection of the Mother of God the first snow often falls—the heavens themselves speak of the special connection between this feast and our northern country, and of that by her protection the All-Pure one answers the snow-white purity of our thoughts and feelings.

Why does the Mother of God so love our people and our country? Why has she chosen it as her inheritance? Perhaps because just as her snowy veil completely covers the whole land, so in Russia, as nowhere else, with our inherent trustfulness and candor, we have always understood the Christian life as life according to all the truth of God, as a whole: in the cottage, and in the field and in school and in the army, and even to conclude a transaction for our ancestors, it was enough just to kiss the cross.

One thing we know for sure: we should, with unending wonder and awe, every year on this day bless the Queen of Heaven for all her mercies granted to all our previous generations, and with no less trepidation expect her to not take her protection from us in the future. 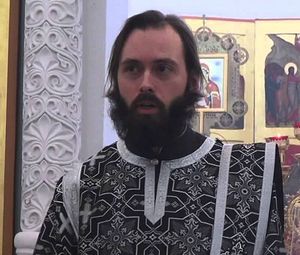 The feast of the Protection of the Mother of God is a feast very warm and dear to us, because in it is expressed the special closeness to us of the Most Pure Virgin. She spreads her veil over all those who pray, regardless of how righteous or pious we are, if only we turn to her with our whole heart.

My spiritual father, Archimandrite Iliya (Reizmir), spoke of a situation with his spiritual daughter Lydia who was suffering from breast cancer. Her operation didn’t help, and she was completely depressed, and being alone in the ward, she began to pray: “Lord, I believe—why do I suffer so?” At that moment the Mother of God herself appeared to her as she is depicted in the Kazan Icon, and said: “Lydia, why are you despairing? You are not forsaken.” Although the doctor released Lydia home as hopeless, literally a few days after Confession, Communion of the Holy Mysteries and Unction she was completely healed. The Mother of God did not leave her. She knows human sorrow and always intercedes for those who sincerely ask from their hearts.

Generally, the meaning of the feast of the Protection is impossible to explain rationally or reasonably, but is experienced and felt by the heart as the relationship of a caring, loving mother with her own children. A mother gets up at night to check on her child, and if the child is sick, then the mama doesn’t pity herself and will not rest until she has taken every measure that her child might recover. And as children open to their mothers their childish sorrows, feelings and desires, so we can reveal to the Most Pure Virgin all our troubles and to her alone we can turn then when we have no one else to turn to. And she will cover us. Her veil is prayerful care for us, it is the grace of God given to the Holy Virgin as to the very closest to God, and by this grace she is ready to protect us always.

There are different traditions about the past event in Constantinople, when in the Blachernae church the Most Pure Virgin appeared and extended her veil over the supplicants. There is the hypothesis that the Byzantine capital was besieged by our ancestors, such that the Byzantines were delivered from them only by the intercession of the Mother of God. But Russia at that time remained as yet unenlightened by the Christian faith, and had our ancestors been permitted to seize Constantinople, the city would have been devastated and many people killed. The Most Holy Virgin did not permit the spilling of innocent blood. To the pagans it was not given to ravage the Christians, but instead they were themselves subsequently lead to the glory of the Christian faith, likely also by the prayers of the Mother of God. In Baptism we acquired nearness to the Virgin Mary and therefore we take the feast of the Protection of the Mother of God as a witness of her love for those who pray, no matter the past military-political circumstances. Homily on the Feast of the Protection of the Mother of God
Holy Hierach Innocent (Borisov)
For those who celebrate the commemoration of the miraculous appearance of the Protecting Veil of the Mother of God, nothing could be more joyous than if we announced that this grace-filled Protection is spread even over us. But who could be the bearer of these glad tidings? Whose eye is capable of seeing the Most Holy Intercessor, “in the air, praying to Christ for us?” There are no obvious mystical seers like blessed Andrew and Epiphanius among us; and the hidden mysteries known only to the Lord will remain hidden unto the ages.
Comments

Anthony10/14/2016 3:01 pm
Every Orthodox nation claims the Holy Mother of God loves them especially. Geronda Ephraim Philotheitis says the same about Her love for the Greeks. In truth She loves everyone who loves Her Son and shows Her honour.
×