This article was written in the 90’s when what was then called “hard rock” has now become mainstream.

Contemporary composers of rock music all agree that their creations have immense power (The majority of facts and references quoted later, have been drawn from the book The Facts on Rock Music, John Ankenberg and John Weldon, Harvest House Publishers, Eugene, Oregon USA 1992). For example, Frank Zappa wrote in Life magazine: “The ways in which sound affects the human organism are myriad and subtle... the loud sounds and bright lights of today are tremendous indoctrination tools” (Life magazine, June 28, 1968). Slash, the lead guitarist of the Guns n’ Roses declares, “I mean, this is serious. It’s my music affecting the lives of people you don’t even know, which is definitely a scary thing. To have that much power” (Eric Holmberg, The Hell’s Bells Study Guide, Gainesville, Fl Reel to Reel, 1990). One of the first distributors of rock music, Hal Ziegler wrote in the 50’s “I realize that this music got through to the youngsters because the big beat matched the great rhythms of the human body. I knew it and I knew there was nothing that anyone could do to knock that out of them. I further knew that they would carry this with them the rest of their lives” (Life magazine, June 28, 1968).

Parents should not ignore the enormous influence of rock music on their children. A person’s system of values is formed during childhood and adolescence.

Psychologists that specialize in the field of music’s influence on humans are unanimous in their warnings concerning rock music. Noted psychologist John Kappas, showed that people “are truly susceptible to conscious messages on a record and that excitation and melancholy can be created by music/sensory overload... Any time you overload the mind, the person becomes very suggestible. They will take in anything that you suggest at that time because they have no defenses against it. People can walk out of concerts in a hyper-suggestible state ... Music has a tendency to defuse thinking and create moods. And in turn, the messages seep in” (Ted Schwartz and Duane Empey, Satanism: Is Your Family Safe? Gran Rapids, MI, Zondervan, 1989 p. 151-52; Allan Bloom, “The Closing of the American Mind,” N.Y. Simon and Schuster, 1987, pp. 68-81).

Doctors are concerned about rock and roll’s negative influence on youth. Recent research, concluded that young people from a very early age must work out standards of behavior that equate with the standards of adults. In this context, music—a powerful stimulus in a young person’s life—has gone in a precarious direction. The words of some songs, satiated with immoral and violent content, enters into open conflict with the precepts of the adult generation, regarding restraint and sensible behavior. Doctors must take into account the importance of music in the lives of youths and utilize their musical tastes as indicators as to their emotional and mental health. (Elizabeth F. Brown and William Handee, “Adolescents and Their Music: Insight into the Health of Adolescents,” Journal of the American Medical Association, 22/29th Sept. 1989, page 1659).

In his book The Closing of the American Mind, sociologist Allan Bloom expressed his concern regarding the influence that rock music has on children, teenagers and students. Dr. Bloom confirms that young people who have immature ideas about sex, will not be able to develop normally. On the contrary, rock music bombards them with messages of adult sex and even deviation, pushing them into corrupt sensual behavior. They adopt these tendencies when their understanding is still developing. In the opinion of Dr. Bloom, rock music in the American culture undermines the parents’ authority with regard to the moral upbringing of their children (Bloom Closing of the American Mind, pp. 73-76). 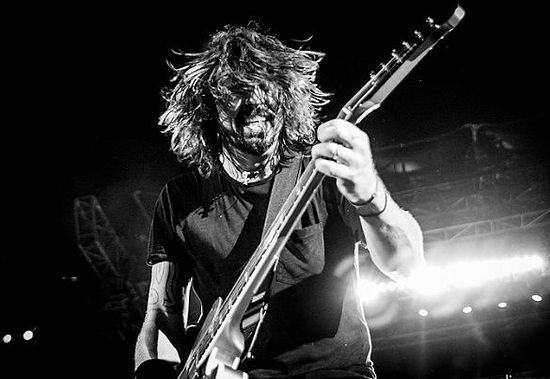 One school specialist with vast experience in dealing with difficult children confirms: “The influence of rock music continued to surface in my counseling sessions with students. Time after time I saw them pattern their actions after the immoral behavior of their rock stars. The kids showed their allegiances by the vocabulary they picked up, the song titles printed on their book jackets, by the posters they hung on the walls of their rooms at home, by the music they listened to in their cars, and by the clothes they wore” (Media Update, Nov/Dec 1989, pp. 2-3).

School consultant and specialist in rock music Al Menconi, stated: “The sad thing is that the majority of “Christian” kids I come in contact with have a stronger commitment to their music than to Jesus. Music is the language of today’s generation... I thought I understood peer pressure until I observed it first hand with my 12-year-old daughter, Ann. The pressure on her to conform to Bon Jovi — Guns n’ Roses — Bobby Brown — Madonna — George Michael lifestyles is unbelievable... Every day kids identify who they are by their rock stars. Their heroes influence their values. And their values influence who they are. Today’s young people don’t listen to rock music, they experience it. It is their identity” (Media Update, Sept/Oct 1989, pp. 1-2).

A very instructive source of documented data can be found in a collection of interviews on MTV “Rockumentary” of leading rock groups. Here the self-destructive lifestyle of the leading figures of rock can be seen in all its clarity — abuse of narcotics, sexual permissiveness, alcoholism, nihilism, hedonism, insubordination, anarchism and predilection towards occultism. For example, on Aug 3, 1991 the musicians of Motley Crew acknowledged their debauched lifestyle, which has become normal for them. Their lifestyle had degraded them to such an animalistic level that they eventually realized quite clearly that they would need to decide on one of two courses: either change their lifestyle or prepare for death… Unfortunately, far too few understand this, while the self-destructive lifestyles of rock stars continue to infect the youth.

The influences of some forms of rock music are so serious that many states in the USA require that all potentially dangerous records and cassettes carry an authoritative evaluation of their contents. (Howard C. Nielson, member of Congress, letter dated April 19, 1990). Some 19 states are considering laws requiring the necessary warning to the user to be carried on the album. Organizations like the National Parent Teacher’s Association, the American Academy of Pediatrics, and the US Surgeon General, have voiced concern over the negative influence this type of music has on children and adolescents. Legislation submitted to the House of Representatives provides a useful summary of what people are concerned about:

“the media of music, lyrics and visual images, separately and especially in combination, have a profound influence on society and its individual members for both good and ill from the beginning of record history.”

“Such indecent and negative material too often targets youth in the impressionable teen and even pre-teen years.”

“Such material is almost universally available to anyone regardless of age with sufficient money.” (Copy of legislative proposal, 101st Congress, 2nd Session, with concurrent resolution attached by Howard C. Nielson, member of Congress, 42390-1).

In principle, whichever way a person treats rock music, one cannot deny its domineering influence on the worldview and behavior of the young. Video-rock, their concerts and journals are powerful sermons that are hungrily absorbed by teenagers.

Excerpt from “Rock Music from a Christian Viewpoint” by Bishop Alexander Mileant. From Punk Rocker to Holy Fool

From Punk Rocker to Holy Fool
“From my swamp, bogged down to the waist, I cry out to others: ‘Don’t you come here!’ It is not as if I stood on a mountain and taught other people. No, I’m bogged down to my waist in this swamp and I warn them: ‘Hey you, keep away from here!’
Comments

Maggie11/25/2016 1:01 am
I grew up in music and became a musician, in both classical, and also within folk traditions. I was in college in the 60's, so truly understand what the Bishop is saying. He is very, very right. The stuff they call music does affect the young, and is utter garbage today and has been for many years. Sort of like what has happened to art as well. Does it affect people's minds. You bet it does. It affects their hearts, souls, mind and bodies in ways you would not imagine. If music which can be such a God-given blessing and provide one with a glorious talent doesn't give honor and glory to God it is worthless as far as I am concerned. And the bishop is right on about who the young take as their examples. Certainly not saints I will tell you! Look carefully at that picture above. It speaks volumes. Oh to see all those youngsters in a Church and loving our God. Now that would be something to see.
Keep up the wonderful commentary dear Bishop. You are wise, and correct.

MG10/20/2016 9:03 pm
Unfortunately, this sounds like a very dated article. Bon Jovi is certainly not what he used to be in the 80's, neither does Madonna, George Michael or, God forbid, Bobby Brown.

I'd like to see an article on the greatest musical abomination of all: Rap music. It's influence on the youth of today is immeasurable.

Jeremiah10/20/2016 3:28 am
From my early teens into my late 20's I listened to and created music that would fall into the pop/rock genre. While I can't deny that it had an influence on me, I think it was more of a reflection regarding my internal state.

When I began exploring Orthodoxy in my late 20's, I found that I couldn't find the satisfaction I once had in rock n roll. I began to listen more to liturgical music, particularly stuff from Valaam. Slowly, one replaced the other and now when I want to "indulge" in music, it is Tchaikovsky or Bach. But even thesee do not satisfy the soul like the Orthodox chants.

I truly believe that while the music we listen to influences us, more than anything, it is a reflection of the internal state of the soul. In my opinion, we should do like Christ and focus our energy on addressing the hearts of young people rather than trying to fix a symptom of the brokenness.

Back then it might have been considered wishful thinking, but now all of your wonderful Big Band Orchestra Elevator Music is all gone, and Rock and Roll is all that's left. Nice try, though, but you seem to be living in a cave that's been long forgotten by now?
×