Two Homes for the Homeless 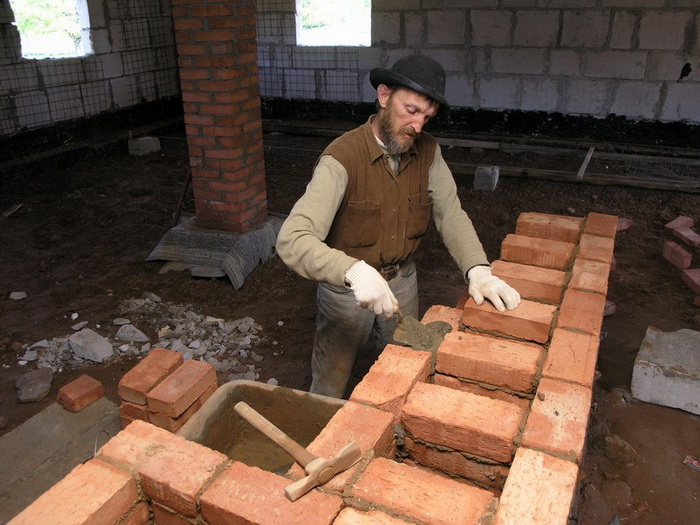 The Sisterhood provides rehabilitation for those who are addicted to drugs or alcohol. In addition to that, we help the homeless or recently released prisoners. 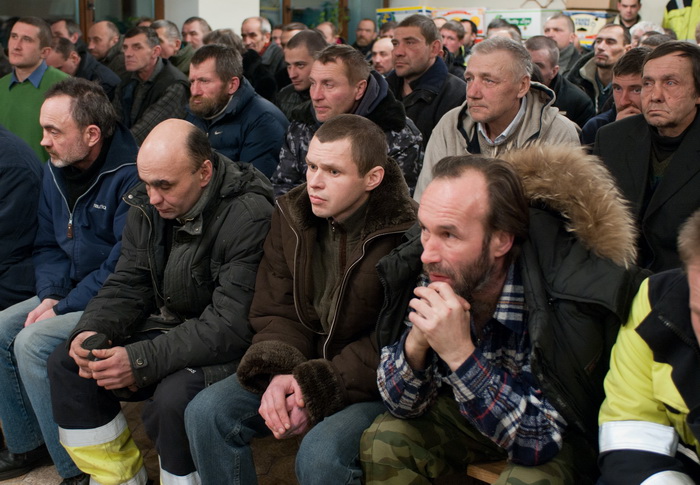 There is a rehabilitation centre for men since 2000 in v. Lysaja Hara 19 miles from Minsk. Approx. 200 brothers stay here under the monastic sisters’ supervision. The Convent supplies them with everything they need: clothes, food, and medications. The men are busy looking after cattle and growing various crops. They also work in several workshops. A priest comes to talk with the brothers every week. They attend a Liturgy every Saturday and take part in religious education classes on Sundays. A church in honour of the Inexhaustible Chalice icon of the Mother of God was consecrated in the rehabilitation centre in 2010. Four of the brothers took monastic vows on that day. 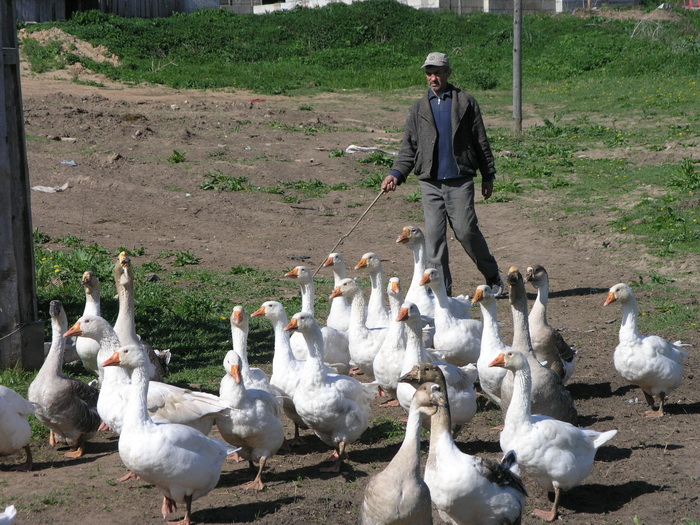 More and more people keep coming to the rehabilitation centre. Today we need to build a new dormitory for more people. We also plan to build new workshops and service buildings and supply them with tools and equipment. 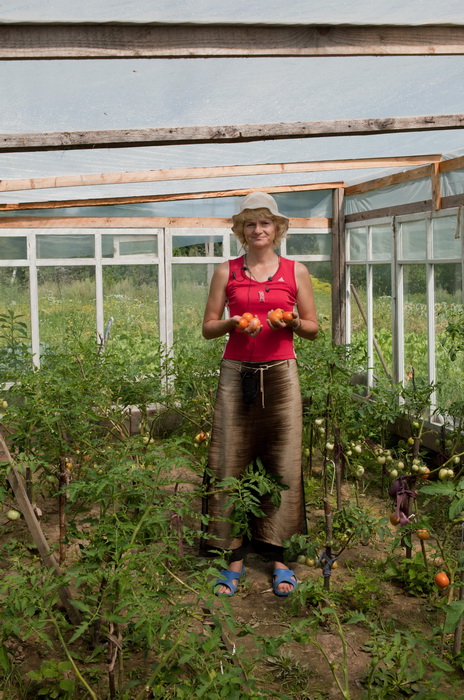 We opened a similar rehabilitation centre for women in 2011 near v. Višnieŭka, nine miles from Minsk. Women who have come up against difficult situations can find shelter here. Among them are those who were released from jail, lost their homes, their relatives and jobs, abandoned by their husbands with small children. They work in the garden, do handicrafts, look after chickens, rabbits, and goats. The female residents of this rehabilitation centre do everything with prayer. 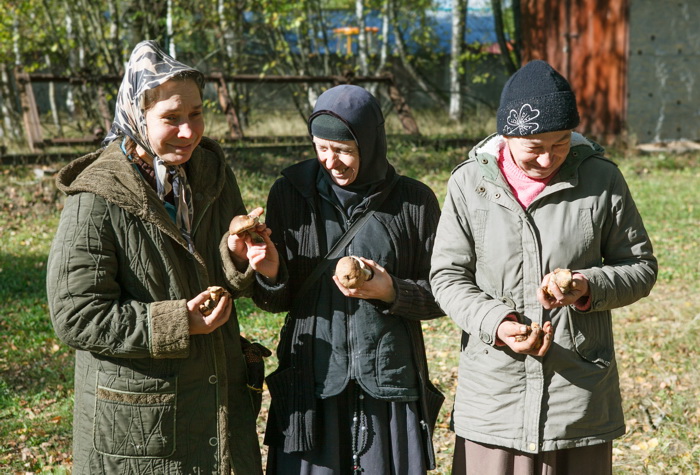 There used to be a church in honour of St Sergius of Radonezh on the territory of this rehabilitation centre. Long ago, it was destroyed by fire. Currently, Liturgies are celebrated in its basement. Many of the sisters see the texts of prayers and read Gospel for the first time in their lives. They get baptised and take part in the Sacraments of the Church. It supports them spiritually as they struggle with sins and helps them to recover. 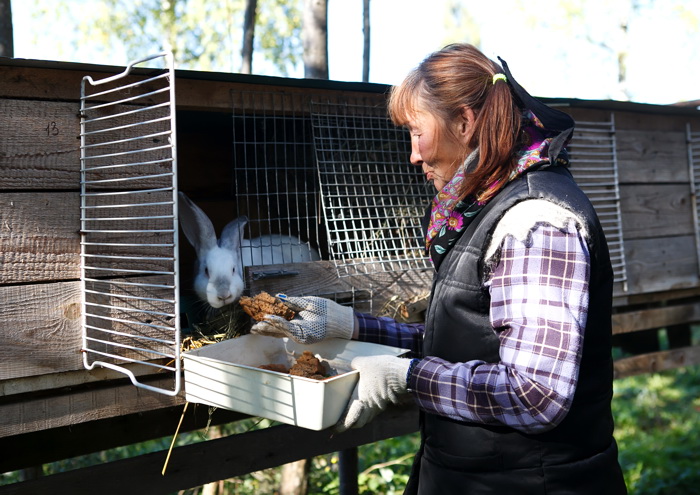 Marina who lives in this rehabilitation centre says, “The Convent is the life-saver. You see, there are many of us here, and each one of us has some character traits that others might not like. The only thing that matters is that I live with God now. If I went off this track, where would I be? In jail again. But here I can control myself a little bit.”

The sisters dream of building a new church on the foundation of the old one. They pray to St Sergius of Radonezh daily and ask everyone to help them to build the new church and to improve the rehabilitation centre. 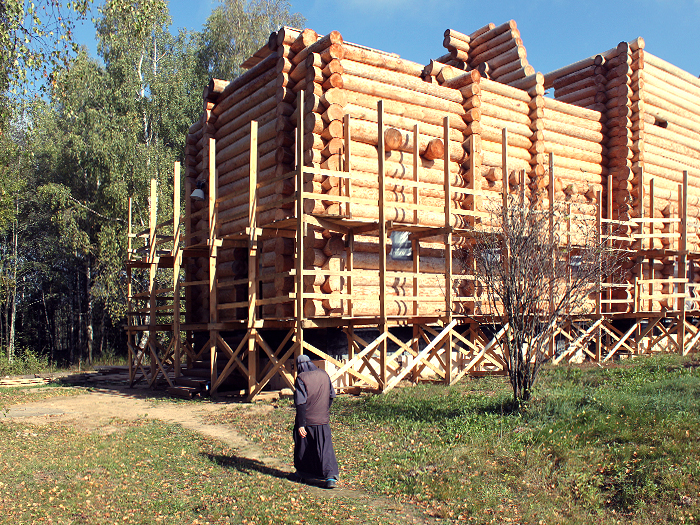 UD Jesuit High students carry caskets of the homeless
“To be able to recognize that need, to offer this respect, is really a testament to these gentlemen and also just the community and spirit here at U of D Jesuit,” Desmond said. Student raises thousands of pounds for homeless man who offered her £3 for a taxi
The man, named Robbie, offered a 22-year-old student &#163;3 to help her get home safely after a night out - and now she is hoping to raise enough money to help him off the streets. Heated “Hangar of Salvation” for the homeless opens in Moscow

Heated “Hangar of Salvation” for the homeless opens in Moscow
Any person in a critical situation and with no roof above his or her head can get into the tent regardless of his or her documents availability and place of registration.
Comments
×