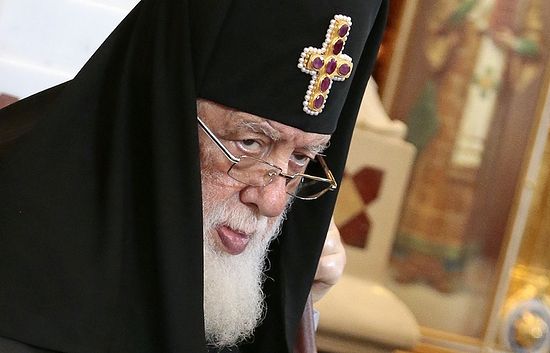 Patriarch Kirill of Moscow and All Russia, the head of the Russian Orthodox Church, had sent an invitation to his Georgian counterpart, the patriarchate said.

During the visit, reportedly scheduled for November 18-23, the 83-year-old patriarch is also expected to visit a Georgian Orthodox church in Moscow to meet with the parish and representatives of the Georgian community in Russia.

Patriarch Kirill will celebrate his 70th birthday on November 20.

Patriarch Ilia II was elected the head of Georgia’s Orthodox Church in December 1977. Being an advocate for peaceful resolutions to the country’s crises, he stands up for having normal relations with Russia. Over the past 12 years, he has made several visits to Moscow for talks with hierarchs of the Russian Orthodox Church and with top officials, including Russia’s president and prime minister.

The census carried out in November 2014 says that 83.4% of Georgia’s 3.713 million people are Orthodox believers, 10.7% are Muslims, 2.9% belong to the Gregorian Church, 0.5% to the Catholic Church and the rest are followers of other faiths.