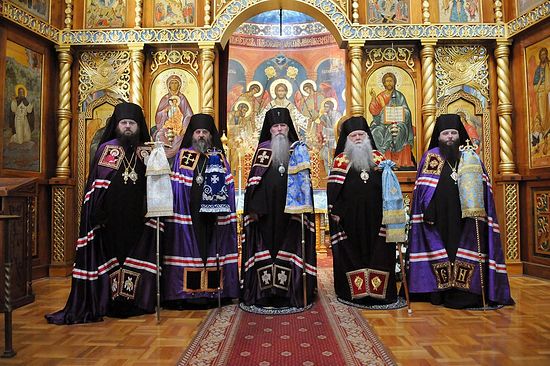 On Sunday, November 6, 2016, the feast day of Moscow’s Icon of the Mother of God “Joy of All Who Sorrow,” His Eminence Archbishop Kyrill of San Francisco and Western America, Secretary of the Synod of Bishops of the Russian Orthodox Church Outside of Russia, officiated at Divine Liturgy at the Cathedral dedicated to this icon in San Francisco, CA, having served all-night vigil the evening before. The rite of nomination of Archimandrite Irenei (Steenberg) for consecration to the episcopacy took place on Saturday as well.

The consecration of Fr Irenei took as Bishop of Sacramento took place during Liturgy; he will now be the Second Vicar of the Western American Diocese. After the Eucharistic canon, the newly-consecrated bishop ordained a deacon. The cathedral choir sang beautifully under the direction of Vladimir Krassovsky.

After Liturgy, Bishop John led a moleben service to the Mother of God, followed by a procession of the cross around the grand cathedral.

After dismissal, Archbishop Kyrill uttered words of guidance to Bishop Irenei and gave him an episcopal staff. According to tradition, the new hierarch then blessed the worshipers.

During the festive reception organized by the cathedral sisterhood, the hierarchs, clergymen and laity expressed heartfelt congratulations to Vladyka Irenei on his “personal Pentecost,” wishing him Divine aid in his archpastoral service, and congratulating the clergymen, officials and worshipers of the Cathedral of the Mother of God “Joy of All Who Sorrow” and wishing the intercession of the Most-Blessed Virgin Mary on their behalf, and blessed successes in parish life. 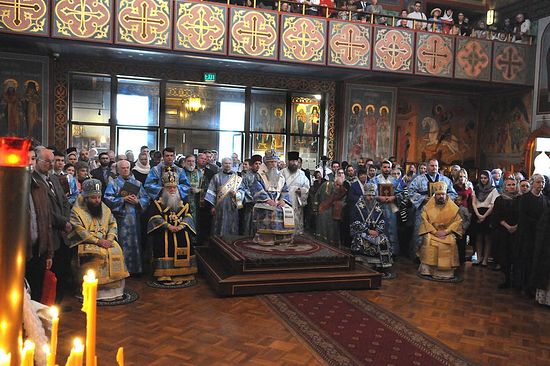 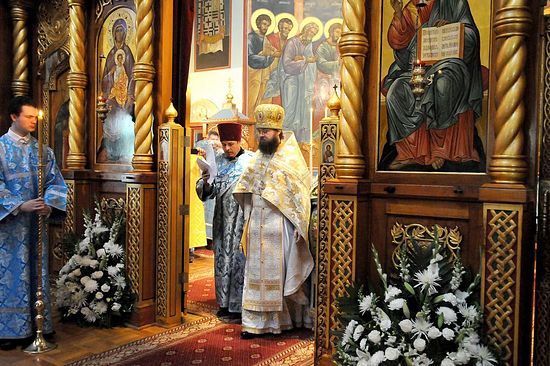 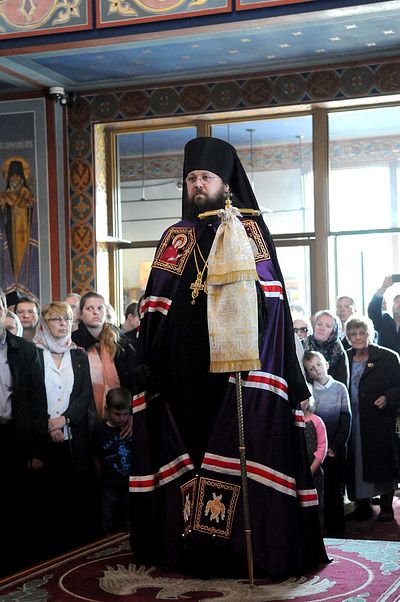