This is something of a follow up on the last post. Here I will be simply listing quotes of Archimandrite Sophrony taken from the book, “I Know a Man in Christ”, by Metrtopolitan of Nafpaktos, Hierotheos, published by, Birth of the Theotokos Monastery, 2015. Therefore at the end of each quote only a page number will be designated. In addition I will tack on an ending which I choose to refer to as “epilogue”. 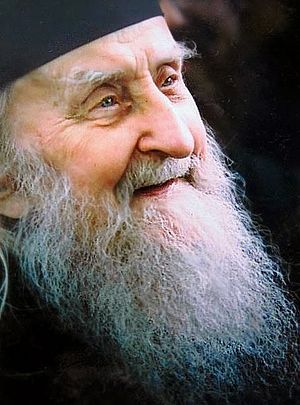 Photo: http://tokandylaki.blogspot.ru/ People’s growing love of psychology is a terrible thing. Psychology helps those in the West, but it is a dreadful when the Orthodox learn psychology and substitute it for the neptic tradition of the Church. We must undermine Orthodox Christians’ love of psychology, because psychological methodology is outside the Orthodox tradition and, at the same time, it is characterized by the Western mentality. (p.269)

The whole of the West was influenced by St. Augustine. Augustinian theory is rather psychological; it deals with God psychologically. In Greece today there is a noticeable trend towards psychology, which is why St. Augustine is studied so much. St. Augustine may be a saint, but his work is subject to much exploitation. (p.345)

I am sorry about those spiritual fathers who assert that the spiritual life is not enough and psychology is also necessary. (p.368)

Human psychology uses different anthropology. It is more or less heretical. It is dangerous. It is bad that it is used by spiritual fathers. To a certain extent it helps those who have no experience to understand other people, but it does harm. Spiritual things also have psychological repercussions, as can be seen when one looks at the Orthodox and the Latins. But psychological things are not spiritual as well. (p.364)

Psychology and the spiritual life have different starting points; their anthropology is different. However, we cannot overlook psychology, which mainly helps people who are atheists and do not want to use the hesychastic tradition of the Church. It is a remedy for people who are far from the living God and are in terrible torment. It should be used discreetly and wisely. Medication may help the body that has suffered serious harm from various problems, but the cure will come through man’s regeneration by the grace of God. The soul’s wounds are cured by means of prayer.(p. 227)

In all our years in the Monastery here is England, I have never met anyone who was cured through psychoanalysis, although it is highly developed in Western societies, However, to be fair, neurologist and doctors who give drugs to patients are more humble than psychoanalysts, and they help people to become socially balanced. They also help those within the Church, when they have problems of a neurological nature for various reasons. (p. 358)

The observations of psychology with regard to human beings are significant, because they explain that beyond the rational faculty there is something more profound. Psychological analysis, however, are infantile compared with the teaching of the Fathers of the Church. Although the observations of psychology are significant, the therapeudic method that it offers is awful. Psychoanalysis does not cure man; rather it confuses him even more. (p. 358)

There is a difference between psychology and life in Christ. Psychology attempts to deliver man from guilt complexes, whereas in life in Christ we experience grief, pain, on account of being far from God, and we do not stop repenting until this grief is transformed. (pp. 343-4)

Epilogue:
A priest who studied psychology in the 1980’s both read the former post and worked together with me on this in that he found the quotes listed above. As we discussed the subject at hand he made some interesting observations: “Psychology today, no longer has a guiding star; it has nothing outside itself to look to as a model. It is self-absorbed. Whatever pleases a person, he can do. It has acquired the ethic of the culture it exists in.” Everywhere Present
Fr. Stephen Freeman
Everything you do, all your work, can contribute towards your salvation. It depends on you, on the way you do it. History is replete with monks who became great saints while working in the kitchen or washing sheets. The way of salvation consists in working without passion, in prayer…. Chrys12/18/2019 10:07 am
Dear Brothers in Christ, Gerasimos and Dimitrios, I am merely giving glory to God that we have people such as you both who are calling upon Christ Himself and our Holy Tradition in treating our brothers and sisters in this world! Being from the West, that is so rare to see, and I suspect St Sophrony was perhaps referencing that Western spirit in his critique of psychology. Glory be to God and may He bless you, your work and your families!

Dimitrios Theodoridis10/23/2019 11:58 am
I am a neurologist and a psychiatrist . The psychiatric patient is a wounded person . The wound has been caused either by himself ( by sin ) or , equally often , by other sinners or , less often , by events in life . Traumas are not always due to guilt . The physiology of trauma is the reverse of that of guilt . In either case there is psychic and also bodily suffering.. The treatment must address both . Spiritual treatments should address guilt ( sin ) . Psychotherapy and medical treatments should address the bodily suffering . The therapist must be aware of the distinction between the pathologies and the treatments . In all cases spirit and body are injured together due to man s spiritual and biological ( undivided ) unity . There is a desperate need for an adequate theory of the human mind , because it is at the interface of the spiritual and the biological where the human mind becomes manifest .

gerasimos4/1/2017 6:21 pm
I am a psychiatrist--psikhi iatros-- and I only use the teachings of the Fathers and mothers of the Church and Holy Scriptures to treat my patients--95% of psychiatric theories are bunk-nonsense. Freud had no morality, Yung played with demons, and modern psychiatrists uphold the immorality of homosexuality, abortion and euthanasia...psychotherapy is like listening to confessions without repentence
×