The Shape of the Lord’s Prayer 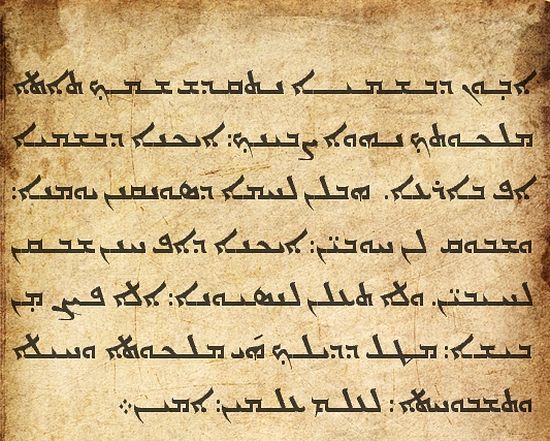 In biblical studies there has been a group of scholars who have been looking at the shape or the literary structure of scripture to determine more precisely the author’s intended meaning of scriptural passages.

It has been identified that a rhetorical literary structure known as chiasmus is the most frequent literary pattern in both the Old and New Testaments. Chiasmus is a literary form consisting two or more parallel lines structured in a synonymous, antithetical or inverted parallelism around a central theme. This literary structure is not confined to scripture. Chiasmus has been used in various types of literary works in the Semitic and Greek worlds to express feelings of suffering, lament and jubilation, or to transmit promises and warnings.

James Kugel in his book, The Idea of Biblical Poetry, has pointed out that chiasmus is not only an aesthetic symmetry or paralleling around a central theme but a form that advances, heightens, intensifies, specifies, elevates, or seconds the central theme. This is referred to as the “What’s More” factor or a rhetorical helix1 This literary technique draws the attention of the reader to the central theme of the passage.

Chiasmus is a deliberate and intentional method of writing. It is not just accidental or contrived literary form. We are told to read the scriptures carefully with understanding. If one is unaware of the structure, the cultural nuances, or the historical background of passages of scripture they may miss a deeper understanding of the message in a particular scriptural passage. Translation issues further the difficulties of a deeper understanding of the scripture because the manner in which a passage is translated may cause a chiasmus to go unnoticed, or the words selected for the translation may not fully express the words in the original text.

Before looking at the more complicated structure of the Lord’s Prayer the simple example of 1 John 3:9, “No one who is born of God commits sin, for his seed abides in him, and he is not able to commit sin, and he is not able to commit sin, because he is born of God.” will be used to illustrate the parallel rhetorical helix of the chiasmus structure of this verse. When the verse is divided up in the following manner, the spiral helical parallel structure that climaxes at the central point of the verse is easily identified.

0: for his seed abides in him,

3: Our Father who art in heaven, hallowed be Thy name

1: Thy will be done on earth as it is in heaven

0: give us this day our daily bread

1’: and forgive us our debts as we forgive our debtors

2’: and lead us not into temptation

3’  but deliver us from the evil one

Looking at the parallel pairings of the chiasmus structure of this prayer it is easily identifiable that the phase pairings are contrasting about the central phrase of give us this day our daily bread.

Though the contrasting pairings, the eschatological (concerning the end times) progression to the super essential bread of life is seen in the Lord’s Prayer.3 The Lord’s Prayer is a progression from current times into the eschaton (the eternity in which God lives) to again enter into Paradise and eat from the Tree of Life. The prayer can also be seen as a reversal of time and events in which man reclaims his glory, lives in the presence of God, man’s will and God’s will are one in the same thing and man is nourished with the Fruit of the Tree of Life making him immortal as God is immortal.

The concept that through Christ mankind reclaims its proper place through His death and resurrection, or is moved out of linear time back into the eternity of God, and is now able to partake of the fruit of the Tree of Life, is seen in the Kontakion of the Sunday of the Cross during Great Lent:

The fiery sword no longer guards the gate of Eden, for in a strange and glorious way the wood of the Cross has quenched its flames. The sting of death and the victory of hell are now destroyed, for Thou art come, my Saviour, crying unto those in hell: Return again into Paradise.4

The same concept is again seen in the priestly prayer just before the elevation of the Gifts in the Liturgy of St. John Chrysostom:

Remembering this saving commandment and all those things which have come to pass for us: the Cross, the Tomb, the Resurrection on the third day, the Ascension into heaven, the sitting at the right hand and the Second and glorious Coming.5

The Orthodox Christian lives between linear time and the eschaton, or as is frequently said, he lives in this world but is not of this world. The Lord’s Prayer confirms this through its structure, spiraling man from this world into the next to communion again with God. The Church responds to this spiraling structure in its theology through many of its prayers, of which only two are mentioned above.

The eschatological structure of the Lord’s Prayer through chiasmus points to the restoration of communion between God and man through the central phrase, give us this day our “daily bread.” The words “daily bread” are identified as words that illustrate the difficulties of translation—what word should be used to describe the concept from the original language.

The words ἐπιούσιον, in Greek, or насушчниј, in Church Slavonic, are often translated as daily. In the larger context of the phrase meaning of these words takes on the meaning of super essential. The “daily bread” referred to in the Lord’s Prayer is in reality the super essential bread of life—the fruit of the tree of life, the bread of the Eucharist, the body and blood of Christ.

Saints Nikodemous the Hagorite, John Chrysostom, Maximus the Confessor, John of Damascus, Cyril of Jerusalem, and many others in their commentaries on the Lord’s Prayer always have the super essential bread of life as the centerpiece of their commentary.6 They relate the super essential bread of life to the mystery of Holy Communion. Christ tells us in the Gospel of John (6:35) that, I am the bread of Life… Christ further states at the Last Supper, Take eat this is my body… (Matthew 26:26, Mark 14:25, Luke 22:19 and 1 Corinthians 24), as he breaks the bread and gives it to the Apostles.

The Lord’s Prayer is not only an eschatological prayer pointing to the restoration of communion between God and man but it is also Eucharistic prayer that points us to a foretaste of the fruit of the Tree of Life through the Mystery of the Holy Eucharist. This Eschatological- Eucharistic nature is further strengthened by the Church in its placement of the Lord’s Prayer just before the distribution of Holy Communion in the Holy Liturgy.

Through awareness of the chiasmus structure of the Lord’s Prayer, a deeper understanding of the prayer is achieved. That understanding is, as the Lord says, When you pray… leave this world behind and enter into the time of God, be restored to what you were intended to be from the beginning, Taste and See through the Holy Mystery of the Eucharist, and know what it is like to partake of the Fountain of Immortality—for you are God’s child, the Crown of His creation. Christ in the Old Testament
Fr. Ted Bobosh
Central to the teachings of Christ is that Moses and the Prophets wrote about Him.