Bishop Qais of Erzurum: Christians are the Salt of Syria, and Will Remain in Our Land

Today the Church in Syria is going through a difficult period of persecutions. Churches, monasteries, convents, and cultural monuments are being destroyed, and people are being killed.

In his interview with the Pravlife.org website Bishop Qais (Sadiq) of Erzurum, Vicar of His Beatitude Patriarch John X of Antioch, relates how the Church in Syria is trying to survive during the war. 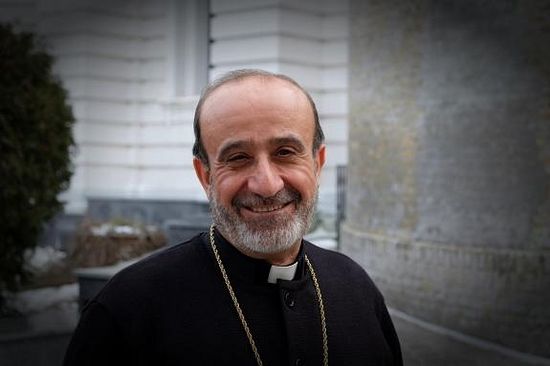 —Your Eminence! All Christians sincerely sympathize with their brothers in Syria. Please, tell us how the Church in Syria is trying to survive in this period of war.

—It has been known since ancient times that the Church of Antioch is the Church of holy martyrs, which through Her trials bears witness to the faith of Christ. So, what is happening today is not new for us. Christian blood was abundantly shed in our land from the very first centuries: it endured the advent of Arab Muslims, the crusades, the Tartar-Mongol invasion, the Mamluk rule, and the Turkish yoke.

Undoubtedly, this affects the life of the Church, which unceasingly produces new saints and martyrs. Not without reason is it said that our soil was baptized by the blood of martyrs.

When we use the expression “Arab Christians”, we mean the Christians of Syria, Lebanon, Jordan, Palestine, Iraq, Egypt and the Sudan. This is the blessed land where Christ Himself dwelt, where the Holy Family travelled, where the apostles preached and many saints performed their spiritual labors.

Now the main players in the global political arena are struggling with each other and settling the score with one another, and we are victims of this game. As is known, our Church is currently going through a hard period of persecutions and is being subjected to attacks.

On Sunday a suicide bomber carried out a terrorist attack inside the Coptic Cathedral of St. Mark in the center of the Egyptian capital. As a result of the explosion around thirty people were killed and sixty injured instantly, these were mainly women and children. The injured people are still dying of their wounds in hospitals, so the number of the victims is increasing. Churches, monasteries and convents along with cultural monuments that were recognized as UNESCO World Heritage sites are being destroyed in Syria and Iraq. Because of all these tragedies we begin to cherish our land and our Church even more.

Let us look at Europe: If a dog is knocked down by a car there, various societies for the prevention of cruelty to animals at once appeal to the media with calls for punishment of the perpetrators. And here people are being killed in dozens, hundreds, thousands…, but the world community remains silent. There is a general indifference to what is going on in our region. 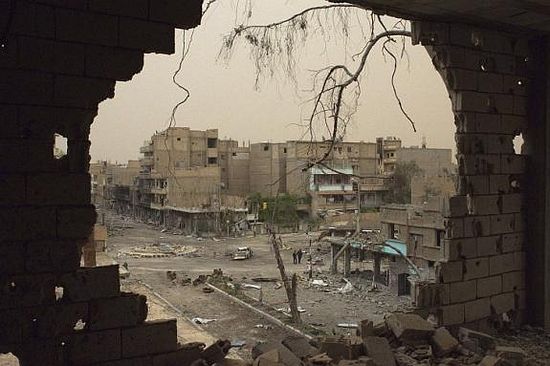 —There are known cases of kidnapping bishops and nuns…

—Three years ago two hierarchs were kidnapped in Syria: Metropolitan Paul (Yazigi) of Aleppo from the Orthodox Church of Antioch and the Syro-Jacobite Metropolitan Mar Gregorios Yohanna Ibrahim of Aleppo. Their whereabouts are still unknown. They are not ordinary people but high hierarchs of the Church, and here, in the East, Church representatives traditionally enjoy general respect and inviolability. However, their destiny worries almost no one. Those who have power to help the situation are doing nothing.

And everybody is aware of the abduction of Syrian nuns who were held captive by the gunmen for several months. They were freed only due to international intervention. The place of the nuns’ residence—the St. Thecla Convent in Ma’loula, a monument of the Syrian culture, a part of the world and Syrian national heritage—was destroyed and desecrated, like many other holy sites. Archival documents, valuable icons and church possessions were obliterated inside the ruined churches. Some extremists are even calling to wipe the world-famous ancient mosaics in temples off the face of the Earth. Thus they aim to erase the memory of the Christian history in the Middle East. 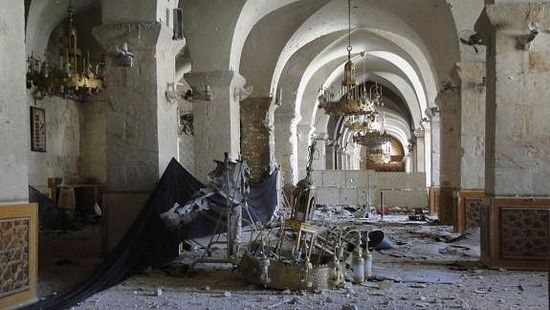 
—The Western mass media often refer to Syrian Christians as to a religious minority of the Middle East. Please, can you comment on this?

—We always emphasize that we are the native inhabitants of these lands and not minorities. Let us compare: A bridegroom invites guests to his wedding party. There may be thousands of guests, but who is at the head of the party—the groom or the guests? The groom is the head! When in the seventh century Muslims came to the lands inhabited by our ancestors, they were met with peace; they lived side by side with Christians for centuries, both Christians and Muslims contributed to the formation of Middle Eastern civilization. Today things have turned against us.

Fortunately, the majority of Muslims living in our countries are moderate in their views and stick to the universal values. We have friendly relations with them and, as before, we are making joint efforts to develop our culture. A minority of our citizens has been carried away by radical ideas, appeals, and financial incentives and have joined extremist groups. But now this has turned against them. Nevertheless, we remain to live in our motherland. Christians are the salt of this land; our mission is to bear witness to the faith in Christ, and this is the purpose of the life of the Church. 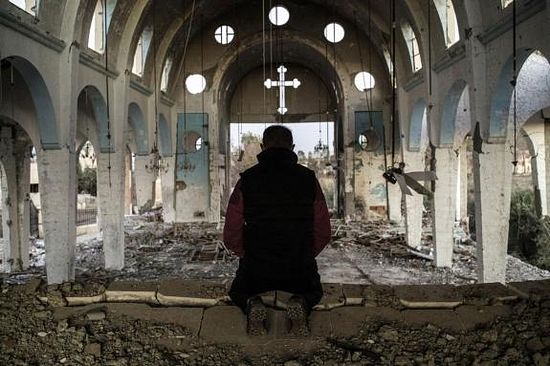 
—Why, in your opinion, is the number of refugees from Syria increasing?

—A person has a right to emigrate from his native country as a bird can fly to distant lands. But we need to discern the difference between voluntary migration from forced migration. To be more exact, Christians of Syria are not migrating themselves but are being forcibly displaced, and have to leave their homeland.

A turning point in the region’s history was in 1948, when the United Nations adopted the partition plan for Palestine and thus the state of Israel appeared on the map of the world. Eviction of native residents from their own houses and their expatriation began. That problem also entailed the involuntary emigration of Palestinian Christians, and with time this problem has grown. The Lebanese civil war that broke out in 1975 and lasted fifteen years caused the decline of this country’s Christian population, though until not long ago Christians were in the majority in Lebanon. And the war in Iraq was deliberately unleashed for destabilization of the situation in the region.

Thus, in the case of Middle East Christians we should allow for the fact that in the present situation their emigration is a forced step. It should be noted that only one per cent of the Syrian refugees are Christians, all the rest are Muslims. And it is significant that among the migrants who are illegally crossing the Mediterranean there have been no Christians so far. And Christians make only a few percent from those who are legally leaving the country and seeking asylum in such countries as Germany, France, Sweden and so forth. So-called internal migration is prevalent in Syria, that is, migration within the country: People are moving from war stricken regions to safer areas. For instance, there is an area called Wadi al-Nasara (“the vale of Christians”) in Syria. It has fifty-six Christian villages, which are mostly Orthodox. Since many people have moved to this oasis of peace, the population has considerably risen there and life has become more active. Monasteries and convents render help as well—they accommodate a large number of refugees, aid families with children, open schools.

I will repeat myself: not many Syrian Christians are leaving their homeland of their own free will. This is the land where they were born and bred, where they have worked all their lives, the land of their cultural and spiritual roots. Three months ago 3,000 Syrians—with both Christians and Muslims among them—returned to their motherland from Germany. They had fancied that Europe is “a land flowing with milk and honey.” So we observe, first of all, internal migration in Syria. Aleppo churches open doors to displaced Muslim families
The Muslim women were surprised to see that churches offered support and programmes for all Syrians, not just for Christians. Middle East Sojourners
An interview with Isaac Clifford Gardner. Part 2
He was a soldier with ISIS and had heard their radio broadcast and wanted to become a Christian. They were able to connect him with Christians in Syria who helped him escape. There are many such stories in the midst of the chaos and destruction.

Pre-war Syria: Peaceful Life and Holy Places. A photo gallery
A photo gallery
Photographer Vasily Nesterenko visited Syria in 2010, shortly before the beginning of the warfare that has literally devastated and destroyed this wonderful country.
Comments
×