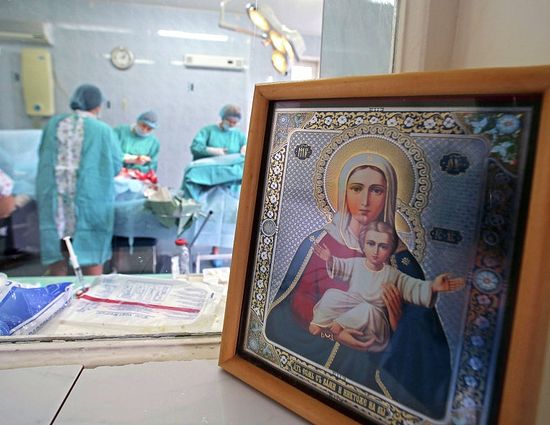 The St. Andrew the First-Called Foundation is holding a competition in Russia aimed at preventing abortions. The winners of the “Sanctity of Motherhood” contest will share one million rubles ($17,500), the foundation reported to RIA-Novosti.

The competition is being held with the support of the Russian Ministry of Health from March 20 to October 1, 2017. Participation is open to state and municipal obstetric-gnyecological medical organizations, and obstetrician-gynecology doctors, psychologists, and social workers attending to women during abortion.

Contestants will compete in four categories: “Best female consultation,” “Best obstetrician-gynecologist,” “Best psychologist in pre-abortion counseling or specialist in social work,” and “Best educational activities for preserving pregnancy.” The main criterion is the number of pregnancies saved in women who were intending to have an abortion.

“Today it is vitally necessary that as many women as possible make the hard decision to give birth to and raise their children, and that their relatives and loved ones, and the whole society would support them in their decision and help them as much as possible,” said jury member and representative of the Board of Trustees of the All-Russia “Sanctity of Motherhood” Program Natalia Yakunina.

While the St. Andrew’s Foundation incentivizes helping women give birth, Planned Parenthood in America gives incentives for convincing women to kill their children. “Every center had a goal for how many abortions were done,” Sue Thayer, a former Planned Parenthood manager, explains. “And centers that didn’t do abortions like mine that were family planning clinics had a goal for the number of abortion referrals.”

“I felt like I was more of a salesman sometimes, to sell abortions,” former Planned Parenthood nurse Marianne Anderson says. “And we were told on a regular basis that, ‘You have a quota to meet to keep this clinic open.’”

Meanwhile, Planned Parenthood has no quota for adoptions or prenatal care—only for abortions. Centers that performed or referred the most abortions are awarded with pizza parties, and the most “successful” employees with paid time off and a “clinic manager of the month” award.

The Orthodox Church unequivocally stands against abortion, which it understands is the murder of an innocent child.