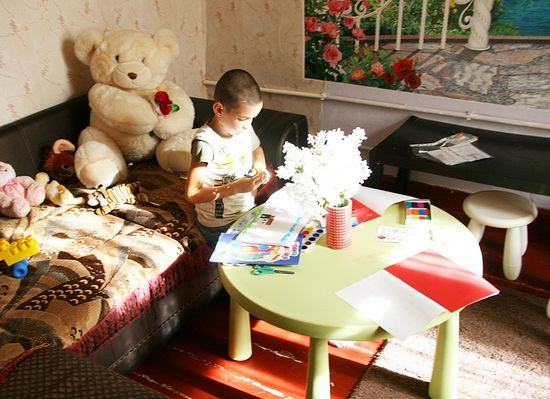 The results of the international open grant contest “Orthodox Initiative 2016-2017” have been announced in Moscow. Among the winners is a project to open seven new crisis centers for pregnant women and mothers in difficult and crisis situations. Thanks to the new grants, Church shelters will open in Magnitogorsk, Uglich, Sarapul, Ekaterinburg, Shakhty, Nerchinsk, and Kazan, reports Pravoslavie.ru.

All seven centers will provide pregnant women and struggling mothers with shelter until they are able to solve their social, material, and household problems, as well as free food, daily necessities and hygiene products, and access to social workers, lawyers and psychologists. The women will receive help in obtaining necessary documents, establishing familial relations, and finding housing and employment, while priests will provide spiritual support.

Some of the shelters will also provide in-house employment opportunities. The “Home for Mothers” shelter in Shakhty, in the Rostov region, will run a sewing workshop, and sewing courses will be offered in the “Unexpected Joy” shelter in Ekaterinburg. The “’Hope’ Home for Mothers” in Sarapul, Udmurt Republic, will teach hairdressing skills.

“The crisis centers’ main task is the prevention of abortion and the abandonment of children,” said the head of the Synodal Department for Charity’s anti-abortion movement and director of the “Home for Mothers” Moscow crisis center Maria Studenikina. “Therefore, the centers provide not only shelter, but also help the women to get back on their feet, to be able to subsequently take care of themselves and their children.”

The grants will be used for the repair and preparation of facilities, the salaries of professionals who will provide assistance to women, the purchase of necessary furniture and equipment, as well as hygiene and food products. The winning projects must be implemented no later than January 20, 2018. There are forty-eight Church crisis centers for pregnant women and women with children in difficult life situations, as well as more than eighty humanitarian aid centers in Russia today.

The “Orthodox Initiative” contest has been held since 2005, initiated and organized by the Charitable Foundation of St. Seraphim of Sarov. The contest has continued under the auspices of the Russian Orthodox Church’s Coordinating Committee for the Promotion of Social, Educational, Informational, Cultural and other initiatives since 2010. 267 projects won grants in 2016 and 2017, amounting to 115 million rubles (about $2 million).

The first Orthodox video channel for the deaf and hearing-impaired, “Desnitsa (Right Hand),” started broadcasting on August 12, 2016, made possible by “Orthodox Initiative.” The channel is the first nationwide project of the center for work with the deaf and hearing-impaired which operates in the Cathedral of All Saints Who Have Shone Forth in the Russian Land in Novokosino. Russian Church gives $215,000 for maternity humanitarian centers
New centers for humanitarian aid have already been opened in various regions thanks to these funds.