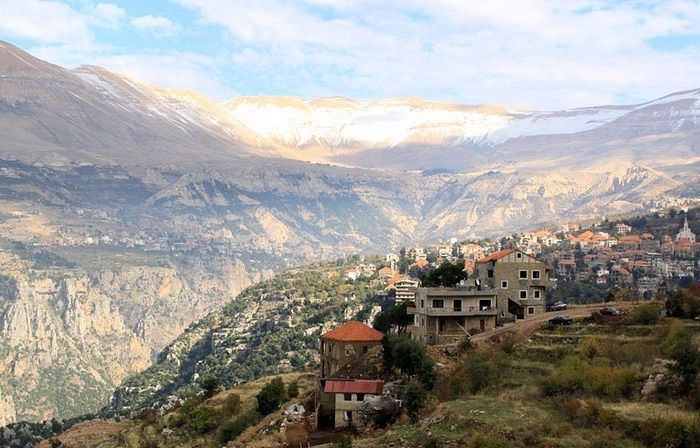 With the assistance of the Department of External Church Relations of the Moscow Patriarchate, the Russian center for reconciliation of warring parties on the territory of the Syrian Arab Republic delivered another round of humanitarian aid from Russia to needy Christian families in the city of Marmarita in the “Valley of the Christians.” Nearly two tons of produce and care products for the seriously ill and wounded were received for transferal to the needy by Bishop Iliya, vicar of the diocese of Akkar of the Antiochian Orthodox Church, reports the press service of the Moscow Patriarchate.

Mainly Orthodox Christians and Christians of other confessions who have fled occupied areas, from where they were intentionally displaced, live in the “Valley of the Christians” in Syria’s Homs Governorate. Believers in Christ are killed and kidnapped for ransom, and their churches are destroyed and defiled. The situation in Marmarita has become very difficult due to the large number of refugees, with not enough food, medicine, or warm clothes.

Humanitarian cargo was transferred to the city by the reconciliation center in August as well, which was the first such case of provisions to the city during the war. On March 21 the center also sent more than two tons of food, baby food, and school kits to the mainly Christian residents of Maaloula, which is being reborn after its liberation from militants.

Aid gathered by the All-Russian veterans organization “Combat Brotherhood” will also be sent to the Christian city of Maharda in the Hama province in collaboration with the reconciliation center, in time for Pascha. Residents of the city will be given Russian food, medicines, toys, and Paschal cakes.

Maharda residents have been the victims of terrorist attacks throughout the war, the city being constantly shelled by mortars and homemade rockets, which destroyed at least one church. Fighting is currently underway near the city between government forces and the Islamic militants who invaded Hama from the north. The Russian aid will be delivered with the help of the local militia.