Syria's Antioch Church patriarch: US sanctions are hurting Christians too 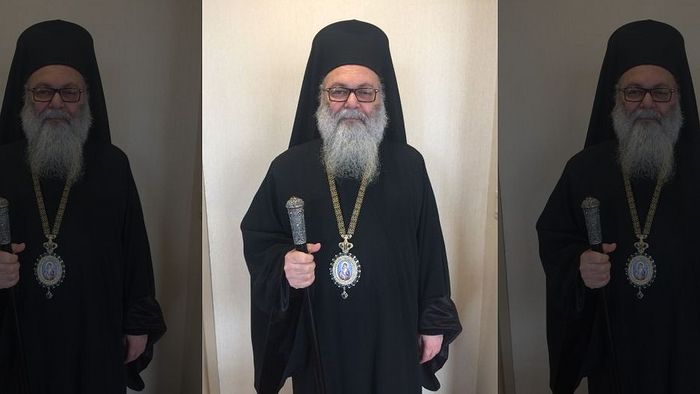 His Beatitude John X, the Damascus-based leader of the Antiochian Orthodox Church, wrapped up his recent visit to the United States with a desperate appeal for American leadership to bring an end to the suffering in Syria, assist in locating the whereabouts of three kidnapped church leaders, and help secure the future of Christianity in the volatile region.

“We thank the position the United States has taken in fighting terrorism. The United States has a basic and important role to play in resolving these issues that we face. The United States is a superpower and has a way to make decisions that is well-recognized, a way to push everybody to find a peaceful solution (through) dialogue,” he told Fox News. “On the other hand, the U.S. can do something tremendous by helping the people of Syria and supporting their everyday needs.”

In particular, he expressed a desire for the U.S. to “lift the sanctions,” which are “directly affecting the people of Syria” — including the minority Christians endeavoring to survive in the land where their religion began.

The Antiochian Orthodox Church, also known as the Greek Orthodox Church of Antioch, counts as many as 1.1 million members in Syria and 400,000 in Lebanon. Additionally, it has about 75,000 members in the U.S., and other members around the world.

Syria has been a designated state sponsor of terrorism since 1979, but additional sanctions have been placed on the country since 2011 as uprisings spawned across the country in the quest to pressure the Assad government to pave the way for political transition. The sanctions prohibit the export of almost all U.S.-origin items, restrict financial services and the import of Syrian oil, and ban new investments in Syria by Americans.

(VIDEO): The Future of Orthodox Christianity in Syria and America
Patriarch John X of Antioch
What place do Christians and the Antiochian Church have in the future of Syria? What role has the Church played in humanitarian assistance to the millions in need? Why is Orthodoxy finding renewed appeal in Western countries? Orthodox New York prepares for meeting of Patriarch of Antioch

Orthodox New York prepares for meeting of Patriarch of Antioch
His Beatitude Patriarch of Antioch and All the East John X is arriving in America at a particularly tragic time, marked by the destruction of numerous churches and monasteries and murder of Christians in Syria. F.11/9/2017 8:00 pm
This is all the west's fault. When the west is destroyed by radical islam, then perhaps they will rethink what they have done to yugoslavia, syria, etc. In metaphor, the colonialist west is the british, and Sunni extremists are their "mohawks", "black and tans", etc.
×