Orthodox New York prepares for meeting of Patriarch of Antioch 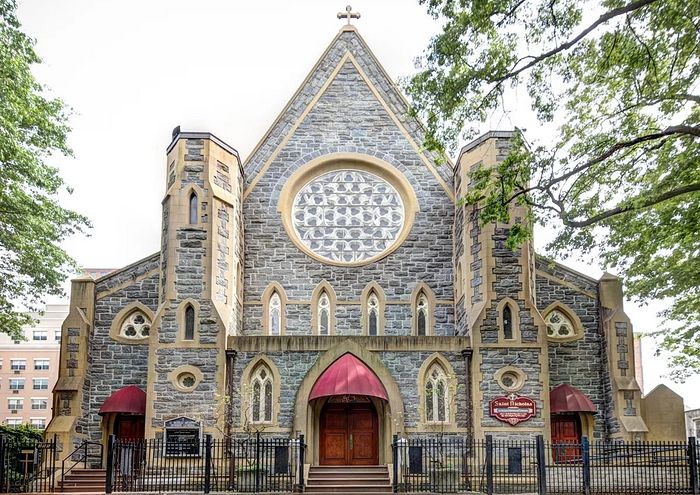 On Sunday, October 1, after the Divine Liturgy at St. Nicholas Cathedral in Brooklyn (New York, USA), priest Thomas Zain made an announcement to parishioners about the patriarchal service scheduled for October 29 in the cathedral. Praying together with the patriarch is possible for the Antiochian Orthodox Church in America only once every several years, so this event is quite important and genuinely exciting for believers. His Beatitude Patriarch of Antioch and All the East John X is arriving in America at a particularly tragic time, marked by the destruction of numerous churches and monasteries and murder of Christians in Syria. All are welcome to partake in the service, and if possible, attend the charitable dinner with the patriarch to support the Church as it carries out its ministry during these incredibly difficult conditions.

“The purpose of the visit is to meet with the leadership of the United Nations as well as members of the current administration of the United States to: 1) promote a peaceful solution to the Syrian crisis, 2) highlight the current humanitarian crisis, and 3) discuss the future of Christians in Syria and the Middle East,” the official website of the Antiochian Orthodox Christian Archdiocese of North America reports. His Beatitude will also be an honored guest at the “In Defense of Christians” Summit in Washington, D.C., from October 24–26. The Summit is entitled “American Leadership and Securing the Future of Christians in the Middle East.” At the same time, the Maronite (Catholic) Patriarch Bechara Peter Cardinal Rai will be in the United States with a similar mission. 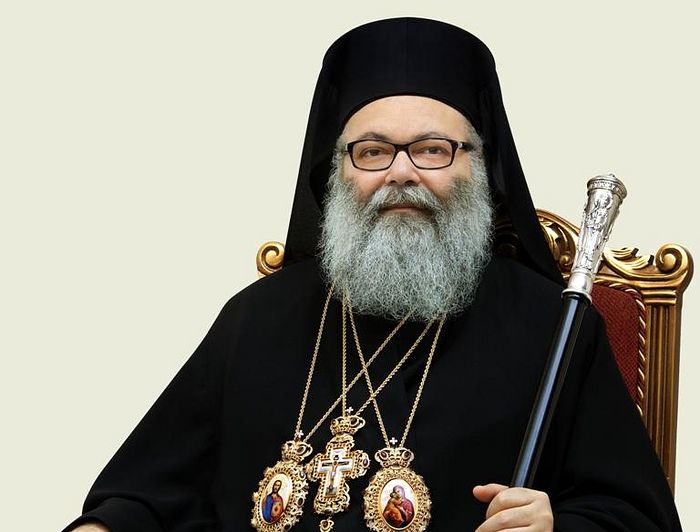 His Beatitude John X has grown increasingly concerned over the last six years as the situation in Syria has worsened. One of the key goals of his visit is to ensure that American and international decision-makers understand that the Antiochian Patriarchate represents a strong network of Christian churches in Syria and the Middle East, and that constituency is committed to peace. As an historic and highly regarded institution in the Middle East, the Antiochian Orthodox Christian Church can positively contribute to a peaceful resolution to the current conflict.

Another one of His Beatitude’s goals will be to highlight the very effective humanitarian arm of the patriarchate, the Department of Ecumenical Relationships and Development (DERD). DERD is the largest independent local NGO operating inside Syria, and like the patriarchate, is completely independent of government involvement. DERD seeks to “offer help to those who are in dire need, ensuring that efforts are made to provide service to all, to spread the spirit of humanity, justice, tranquility and peace among those affected, regardless of race, religion or ethnicity.”

The St. Nicholas Cathedral of Brooklyn, in which His Beatitude plans to lead the service of the Divine Liturgy on the last Sunday of October, is the cathedral of the self-ruled Antiochian Orthodox Christian Archdiocese of North America. The cathedral was founded in 1895 by Saint Raphael (Hawaweeny) of Brooklyn. The American bishop St. Raphael was born in Syria in the mid-19th century and studied in Russia, where he was later the rector of the church of the Antioch metochion in Moscow and professor at the Kazan Theological Academy. After being sent to America, he headed the Syrian-Arab mission and proved himself as a wise and experienced missionary. His Reverend Raphael served as vicar of the future Patriarch of Moscow Tikhon (Belavin), an American bishop at the beginning of the 20th century. St Raphael was the first bishop ordained in the territory of the American continent. The St. Nicholas Cathedral especially honors the memory of both saints, and here it is possible to venerate not only the holy relics of Raphael of Brooklyn, but also the Patriarch Tikhon. Some of his holy relics were transferred several years ago by His Holiness Patriarch Kirill of Russia to the Antiochian delegation.

At the present time, the successor to Bishop Raphael at the bishopric is His Eminence Joseph (Al-Zehlaoui), Archbishop of New York and Metropolitan of All North America. Like Saint Raphael, Bishop Joseph comes from Syria.

Among the parishioners there are not only people with Arab roots, but also Americans of different national origin who have converted to Orthodoxy. There are also immigrants from Russia and Ukraine, Orthodox Armenians, Greeks etc. A friendly family of the Brooklyn cathedral is preparing for the meeting of His Beatitude Patriarch John X and invites everyone to join. You have brothers who love you. Don’t forget us!
A talk with Bishop Qais (Sadiq) of Erzurum Syrian patriarch: To help Christians, stop flow of weapons
An Interview with Patriarch John X
The United States and other foreign powers must stop financing and arming Syria’s myriad groups of fighters if the country has any hope of healing, Syria’s orthodox Christian leader told Al-Monitor in an exclusive interview.
Comments

Paul Kutscera, Esq.10/6/2017 6:21 pm
AGAIN, your fine publication publishes a GREAT article and notice to our Brothers and sisters in Orthodoxy!!!

Thank you for this GREAT Article. I and my family will certainly make it our business to ATTEND this auspicious Service.


We NEED to support our people in the Middle East who have suffered so much for their (OUR) faith.I will also l be sure to forward this to My Parish priest ( Greek Orthodox).
×