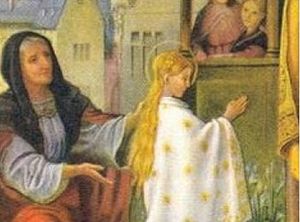 Photo: www.ort.fi
Since 1994, the Finnish Orthodox Church under the Ecumenical Patriarchate has celebrated the achievements of the mothers among its flock. Mothers who have served the work of the Church in various ways, by educating, guiding, supporting and participating are annually awarded. All of the recipients are women who have their Orthodox faith at the center of their lives, according to the site of the Finnish Orthodox Church. 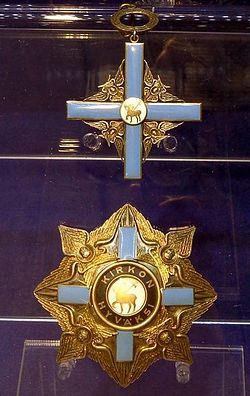 Photo: Wikimedia Commons
The Order of the Holy Lamb was established in 1935 and is given to those who have served in the Church in a notable way.

His Eminence Archbishop Leo of Helsinki and All Finland has again appealed to the dioceses and parishes of the Finnish Church with a request to nominate mothers worthy of the Church award.

Parishioners’ proposals are being accepted by parish rectors, who will then transfer the lists to the Archdiocesan Chancellery by February 19. The awards are being given on Palm Sunday, which for the Finnish Orthodox Church of the Ecumenical Patriarchate, which celebrates Lent and Pascha according to the Gregorian Paschalion, falls on March 25 this year.

As in previous years, the nominated mothers will be presented with the Order of the Holy Lamb 1st Degree. The celebration will be held in Helsinki’s Dormition Cathedral on Palm Sunday following the Divine Liturgy. The Church has never belittled the role of women—Met. Hilarion

The Church has never belittled the role of women—Met. Hilarion
Talk of discrimination against women in the Church is unfounded, Metropolitan Hilarion (Alfeyev) of the Department for External Church Relations stated on Thursday at a meeting of the diplomatic club of the Diplomatic Academy of the Russian Foreign Ministry. Orthodox pastors on whether sex discrimination exists in the Church

Orthodox pastors on whether sex discrimination exists in the Church
Today there has been much discussion on the issue of women’s equality. Some find a “violation of women rights” even in the Orthodox Church. Indeed, an Orthodox woman cannot become a priest (or “priestess”), she cannot enter the altar, she submits to her husband in marriage and so on. But is it really sexism? Is there gender inequality in Orthodoxy? What is the role of women in the Church? What should we say to heterodox Christians and non-believers regarding “women’s priesthood”?

Women in the Orthodox Church
Brief Comments from a Spiritual Perspective
There are multitudes of righteous women, known and unknown in our Church, which is often misleadingly characterized as “male-dominated”. This treatise by Archbishop Chrysostomos in Orthodox Life can shed some light on our understanding of the relationship of women’s and men’s roles in serving the Church.
Comments
×