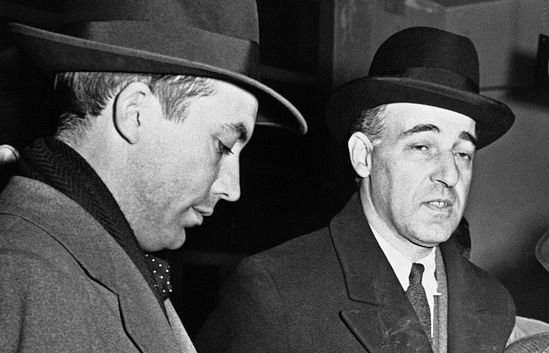 The collection of unique Russian icons belonging to the US ambassador to the USSR Laurence Steinhardt (1892-1950) has been put up for auction in New York.

"The collection consists of 62 icons, painted by masters of various schools of the Moscow state and the Russian Empire from late 16th century till the coup d'etat in October 1917," reported the administration of the Bonhams auction house to a correspondent of ITAR-TASS.

The collection was given to Bonhams by relatives of the American diplomat, who headed the embassies in the USSR, Turkey and Czechoslovakia. Laurence Steinhardt worked in the USSR in the first years of the World War II. He presented his credentials in August 1939 and finished his mission in November 1941, being appointed to Ankara.

In Russia Steinhardt took a great interest in ancient Russian arts. He acquired unique artworks by masters of icon-painting workshops of the Moscow Kremlin. The icon triptych of the Mother of God of Smolensk, created in the Kremlin in mid-17th century for tsar Alexei Mikhailovich (1629-1676), has become the most expensive of the auction. The assessed value is 120,000 dollars USA. The experts feel certain that the sum of the auction sale will be much greater.

The starting prices of the icon collection is valued at 2.5 million dollars. Over 50 collectors and investors from Russia and other CIS (the Commonwealth of Independent States) countries have registered themselves for participation in the auction, which will take place on Thursday. Most of them, as it has been stated by Bonhams, will take part in the auction by telephone.

Largest Ever Dead Sea Scroll Collection to Be Unveiled at Texas Seminary
Visitors at the Southwestern Baptist Theological Seminary's exhibition, "Dead Sea Scrolls & the Bible: Ancient Artifacts, Timeless Treasures" in Forth Worth, Texas, will be able to view the largest Dead Scroll fragments to ever be placed on public display starting July 12. Russian Orthodox Artifact to be Auctioned

Russian Orthodox Artifact to be Auctioned
It's being sold by Sophie Phillips, whose family has had in their possession since the 19th century.
Comments
×