Greece: Metropolitan testifies to a miracle that happened to him

Metropolitan Benedict of Philadelphia has made a pilgrimage to Drama (a town in East Macedonia, Greece) on the feast-day of the Holy elder and New Confessor George (Karslidis; 1901-1959, commemorated November 4).

With all his heart the hierarch wished to thank the venerable man for the miracle which had happened to him not long before through the saint’s prayers, reports Romfea. 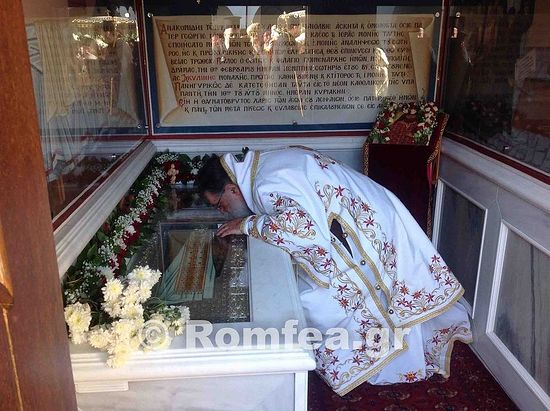 The metropolitan began to have serious problems with his vocal cords. He visited several very good doctors but with no result: nobody could tell him the cause, give him a diagnosis, or recommend a medical treatment.

Following the advice of Abbess Porphyria, the archpastor drank some holy water blessed on the Relics of Venerable George at his Monastery of the Ascension of the Lord in Drama and after the prayer his throat was healed immediately.

Metropolitan Benedict promised to thank the saint for his help by gifting a cow to the monastery on the saint’s feast-day. 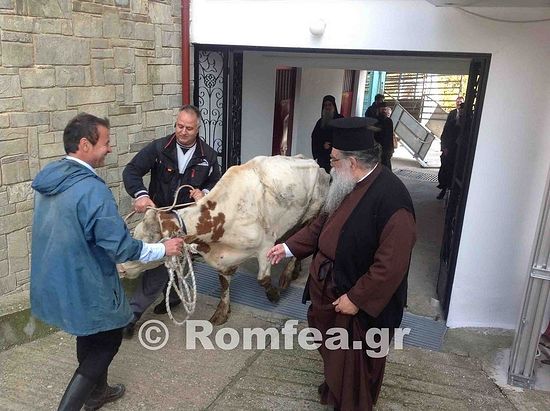 November 4 was the day to fulfil this promise and the hierarch gave the cow to the monastery in person, which came as a surprise to the people and the local hierarch, Metropolitan Paul of Drama, with whom he is bound by many years of close friendship. 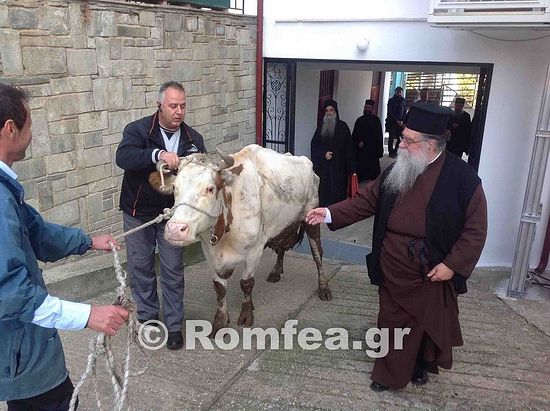 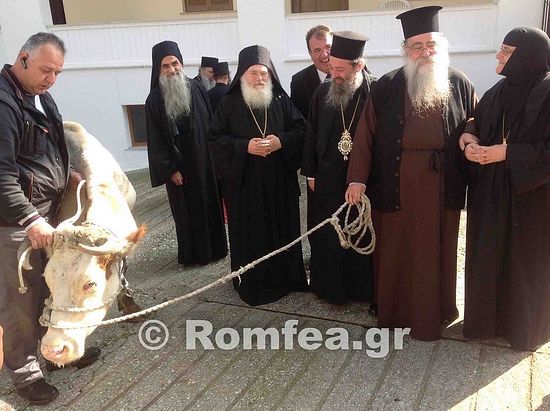