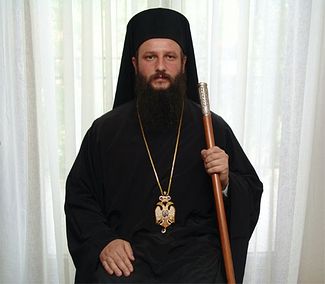 On February 2, 2015, in compliance with the ruling of the Skopje Court, Archbishop Jovan (Vraniskovsky) of Ohrid, a hierarch of the Serbian Orthodox Church, was released from the Idrizovo prison.

On January 28, 2015, Archbishop Jovan was visited in the prison by Bishop Irinej of Backa, with the blessing of the Primates of the Russian and Serbian Churches. Bishop Irinej was accompanied by Archimandrite Philip (Vasiltsev).

The release of Archbishop Jovan is hailed in the Russian and Serbian Orthodox Churches with gratitude to God. Archbishop Jovan of Ohrid was not released from prison on January 19
The release of Jovan (Vraniskovsky), Archbishop of Ohrid and Metropolitan of Skopje, who has been illegally kept in prison of the city of Skopje, has been postponed again. Archbishop Jovan of Ohrid to be released from prison on January 19
According to the agency’s information, the judicial authorities have resolved to release Archbishop Jovan after the hierarch of the Serbian Orthodox Church served three years and two months in prisons of the Republic of Macedonia. Russian Ambassor visits Serbian Patriarch and Bishop Jovan of Sumadija
On November 23, 2010, His Excellency Alexander Vasilyevich Konuzin, Ambassador of the Russian Federation in Serbia, made an official visit to His Holiness Irinej, Patriarch of Serbia, at the Ambassador's personal request.
Comments

then he was released from prison in this world... but what about the state in his heart?